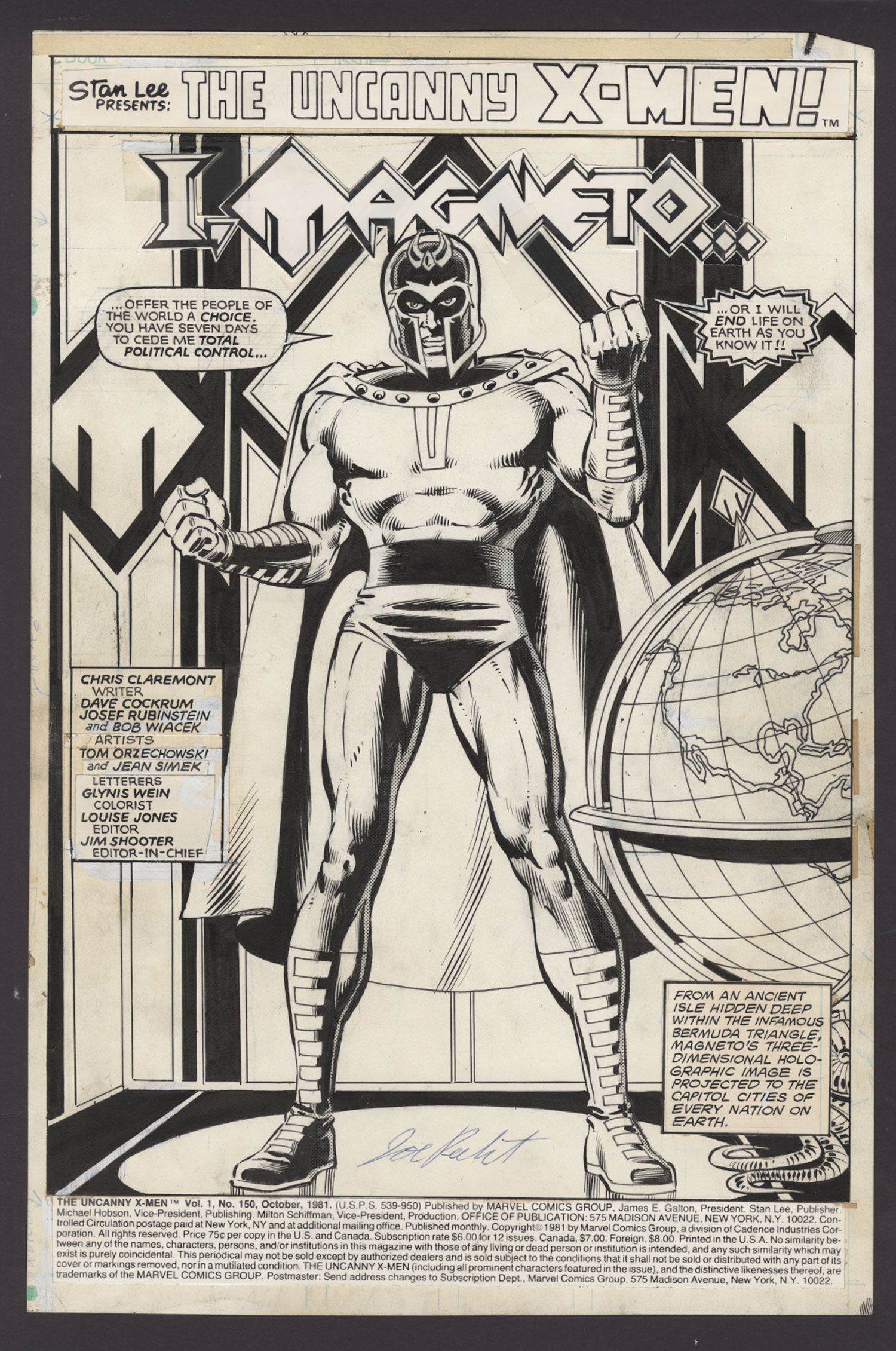 Watch
Pg. 1; Dave Cockrum pencils; inks, finished art & signed by Joe Rubinstein; 11" x 17"The plot-line of X-Men #150 concerns Magneto's growing sense of narcissism and godlike power, as he gives the world an ultimatum, stop manufacturing weapons or face the might of Magneto. The metal-controlling mutant fancies himself a benevolent force for good, but the X-Men know his unstable psyche can be the cause of great disaster, so they set off to defeat their long-term nemesis, and after a mighty struggle Magneto backs down after witnessing first hand his destructive abilities and his lack of control over them. Dave Cockrum was responsible for creating many of the second wave of X-Men, penciling issues #94-105, and returning to the title after the departure of John Byrne. It was during his second tenure on the book that the talented Cockrum drew the impressive splash page on offer here, assisted by the trusty workhorse Joe Rubinstein, their take on the malevolent Magneto is powerful, showing the evil mutant in a dastardly pose, looming over a globe that represents a planet he wishes to dominate. Cockrum employs darkness and light to great effect here, making his subject seem intensely menacing as he glares out from underneath his metal cowl. Art is signed by Joe Rubinstein.