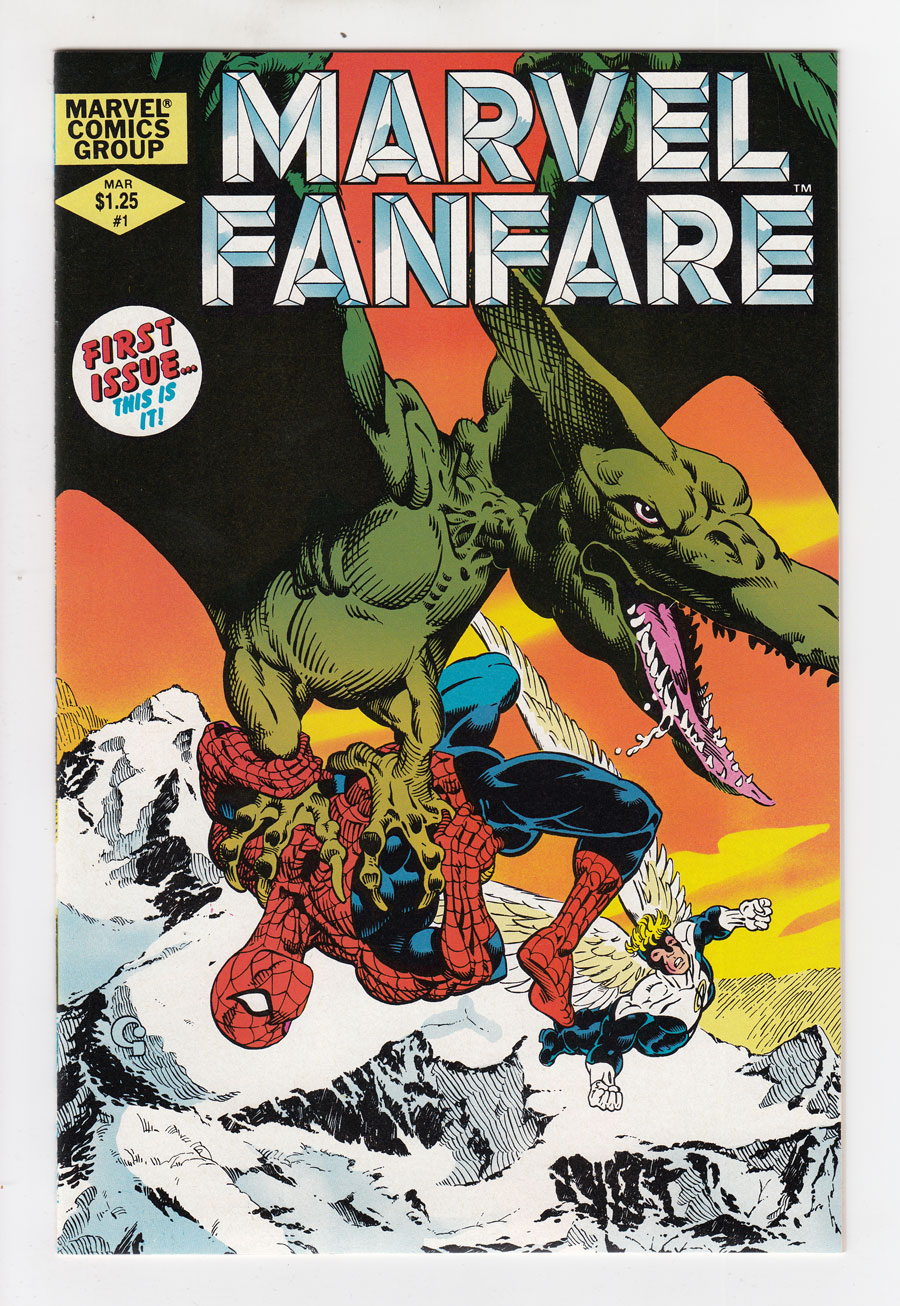 --
Accepting Offers
--
Offers
Offer Confirmation
You are about to submit an offer of . If accepted, you are legally obligated to purchase the book. Are you sure you want to continue?
Buy Confirmation
You are about to buy this item for , and will be legally obligated under the terms of our User Agreement to pay for it in a timely fashion. Continue?
PUBLISHER: Marvel
COMMENTS: white pgs
Golden cover/art; Paul Smith art; Miller Daredevil pin-up back cover
Read Description ▼
Sell One Of These Inquire About This

Watch
white pgs
Golden cover/art; Paul Smith art; Miller Daredevil pin-up back coverCover art by Michael Golden. 2-page Spider-Man/Silver Surfer pin-up by John Byrne/Terry Austin. Fast Descent Into Hell!, script by Chris Claremont, art by Michael Golden; Tanya comes to Warren with the news that her lost love, Karl Lykos, is alive and well in the Savage Land and she asks the high flying Angel to come with her and investigate; Jameson asks Peter Parker to tag along on the Savage Land expidition and bring back a juicy story for the Bugle; Once they reach the Savage Land, Spidey and Angel are quickly captured by the Mutates and brought to Brainchild. Snow, script by Roger McKenzie, pencils by Paul Smith, inks by Terry Austin; a Daredevil Christmas story. An Open Letter to Stan Lee by Jim Shooter.
Artists Information