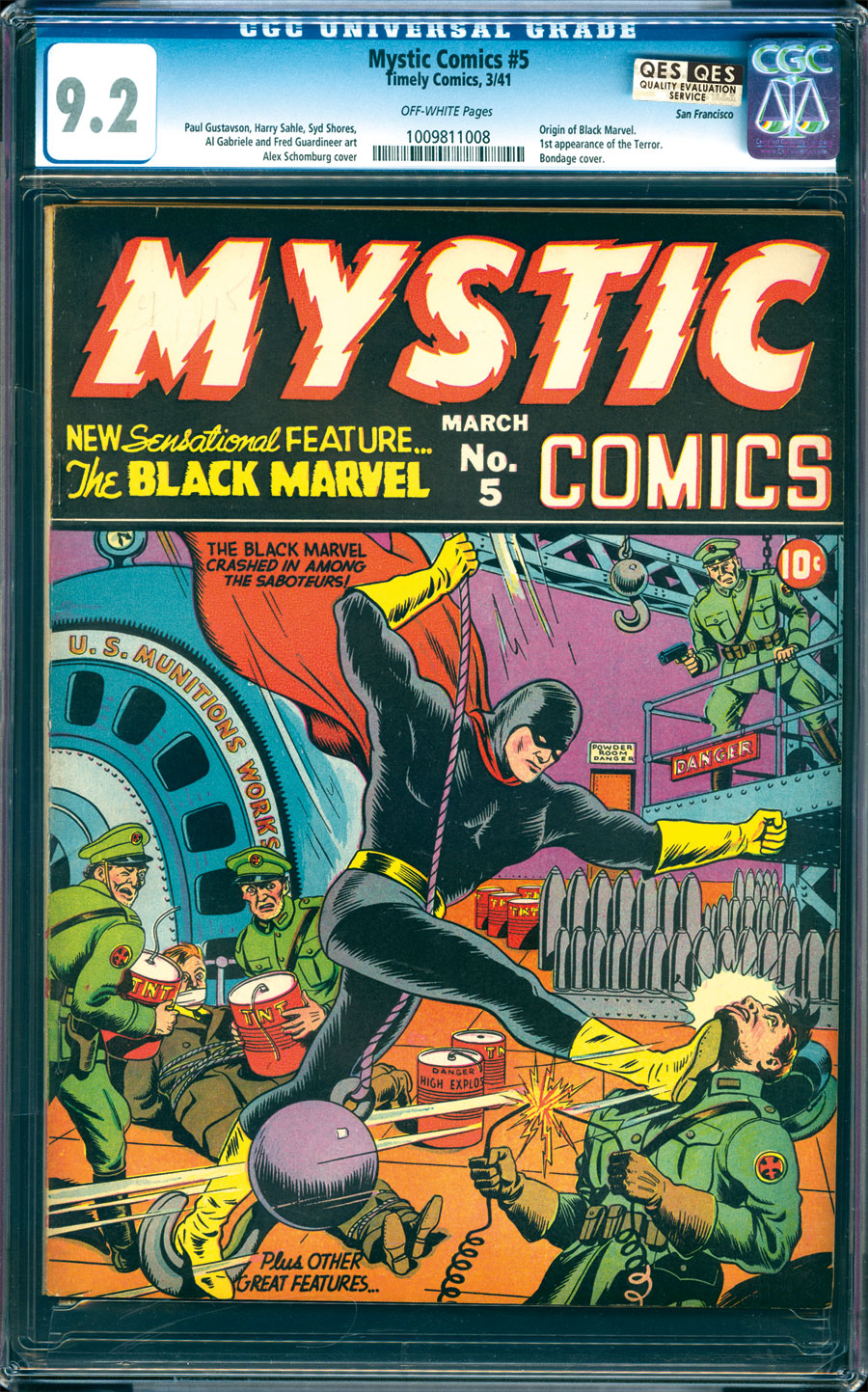 Watch
off white pgs; 1 of 1 at the top! QES Certified - Criteria met: Deep Color Strike (Black & Red)
Schomburg German war cvr; 1st Black Marvel, Blazing Skull, The Terror, Black Widow, Super Slave
San Francisco Copy
Highest GradedMystic Comics was one of the anthology titles published by Timely in the Golden Age as the scrappy imprint jostled for elbow room in the cutthroat marketplace of the period. The title never focused on one featured hero, like many other anthologies of the time. Instead, the comic acted as a testing ground for a variety of characters such as the Destroyer, Blazing Skull, the Black Widow, as well as this issue's cover star, the Black Marvel. Mystic #5 introduced the Marvel to the world, and his origin story resembles many others of the era; a wise and old mystic trains his charge in the arts of physical and mental acuity and sends him off into the world on a mission to fight crime. The cover art by a quickly maturing Alex Schomburg shows the Black Marvel swinging into battle against some neo-fascists who are attempting to sabotage a munitions plant.

The design is an early iteration of the explosive, helter-skelter melees that would immortalize Schomburg as one of the greatest artists of the Golden Age.This San Francisco pedigree copy is the highest graded on the census and bears all of the hallmarks of such a distinction. The colors are top-notch, deep purples, lush greens, and midnight blacks that withstood the scores of years, the QES Certified cover is perfectly centered, with a nice strong spine and sharp corners. Certain to draw the attention of Golden Age Schomburg collectors, this is yet another amazingly well-preserved book in an auction overflowing with riches.