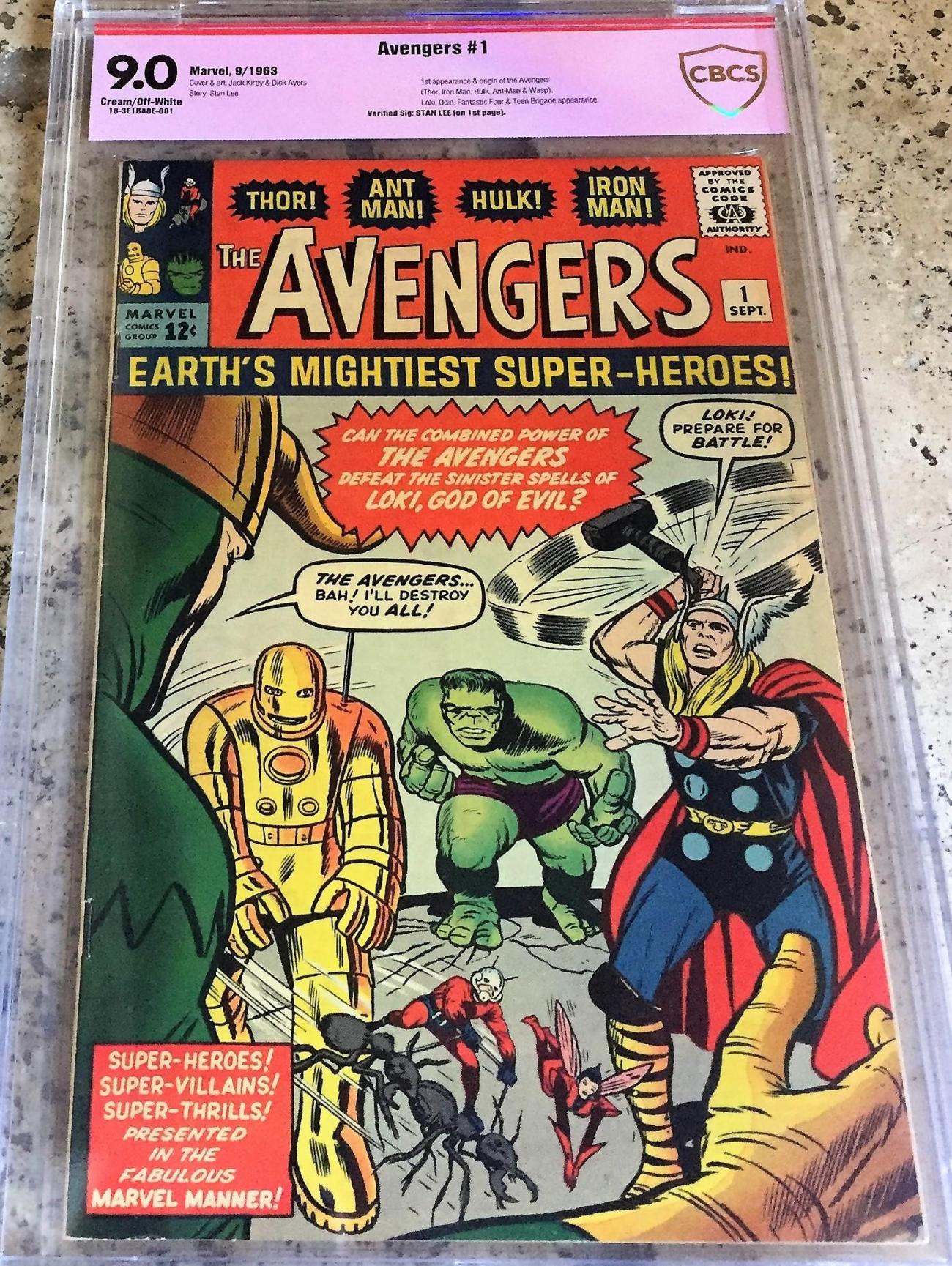 --
Accepting Offers
--
Offers
FYI there's no need to include decimal points(.).
Offer Confirmation
You are about to submit an offer of . If accepted, you are legally obligated to purchase the book. Are you sure you want to continue?
FYI there's no need to include decimal points(.).
Buy Confirmation
You are about to buy this item for , and will be legally obligated under the terms of our User Agreement to pay for it in a timely fashion. Continue?
PUBLISHER: Marvel
COMMENTS: Cream to Off-White pages, VERIFIED STAN LEE SIGNATURE 1ST PAGE
Kirby cvr/art; origin & 1st app. of the Avengers; Fantastic Four, Loki app; COMIC BOOK IMPACT rating of 9 (CBI)
Read Description ▼
Sell One Of These Inquire About This

Watch
Cream to Off-White pages, VERIFIED STAN LEE SIGNATURE 1ST PAGE
Kirby cvr/art; origin & 1st app. of the Avengers; Fantastic Four, Loki app; COMIC BOOK IMPACT rating of 9 (CBI)"The Avengers" and its sequels stand in the ranks of the highest-grossing movies of all time. The enduring popularity of the films and subsequent interest in back-issue investment comics, has swollen auction prices of the original Silver Age series and affiliated titles. With no plans to end the MCU any time soon, we predict, the books will continue to gain in value as demand remains strong. This popular key first issue, Avengers #1 debuted in September 1963, piggybacking on the success of DC's Justice League and Marvel's original super-team, the Fantastic Four. With art by Jack Kirby and story by Stan Lee, this classic Silver Age book has garnered a tremendous amount of respect and value to investors. Original readers were delighted to learn the story of how the Incredible Hulk, Thor, Iron Man, Ant-Man, and Wasp joined forces to become Earth's Mightiest Heroes. As far as Marvel keys are concerned, Avengers #1 is still an undervalued comic.