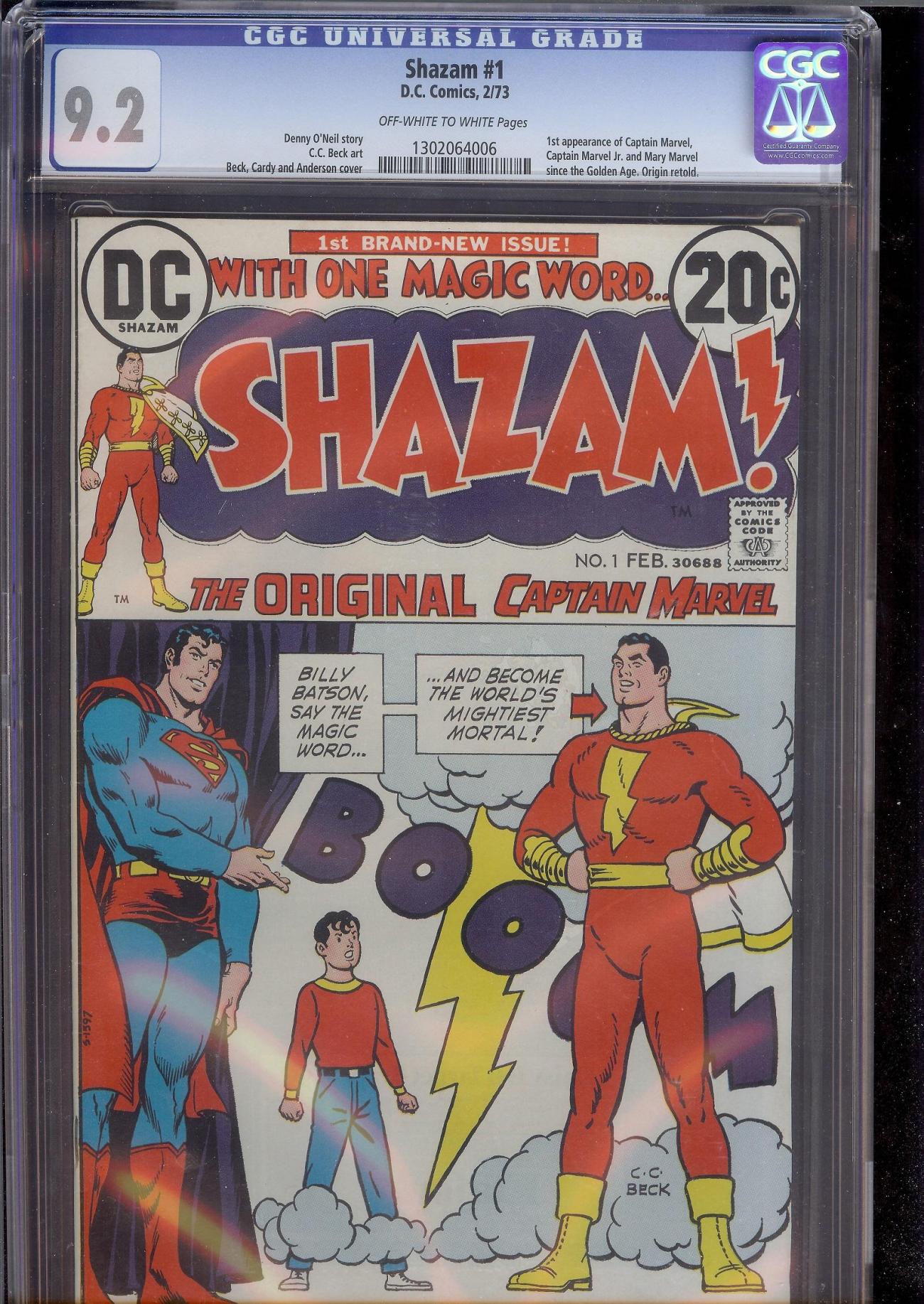 --
Accepting Offers
--
Offers
Offer Confirmation
You are about to submit an offer of . If accepted, you are legally obligated to purchase the book. Are you sure you want to continue?
Buy Confirmation
You are about to buy this item for , and will be legally obligated under the terms of our User Agreement to pay for it in a timely fashion. Continue?
PUBLISHER: DC
COMMENTS: Off-White to White pages
C.C. Beck cvr/art; 1st Captain Marvel, Marvel Jr & Mary Marvel since Golden Age; origin retold; smash hit movie!l; only 1 higher
Read Description ▼
Sell One Of These Inquire About This

Watch
Off-White to White pages
C.C. Beck cvr/art; 1st Captain Marvel, Marvel Jr & Mary Marvel since Golden Age; origin retold; smash hit movie!l; only 1 higherLadies and gentlemen, reintroducing the artist formerly known as Captain Marvel! In the Golden Age of comics, 12-year-old orphan Billy Batson met a wizard named Shazam and by uttering his name he turned into the adult superhero Captain Marvel. However, after a copyright infringement lawsuit by DC Comics claiming Captain Marvel stole the likeness of Superman, and declining sales after World War II, Fawcett Comics ceased publication of the Big Red Cheese. In the early 50s writers tried to revitalize Captain Marvel by introducing a horror element to his adventures, as that was the current hot trend, but his popularity failed to enjoy a resurgence, and Captain Marvel was left to wallow in comic book purgatory. During the Silver Age, DC purchased right to the character and reintroduced him in their comics line. Due to Marvel comics already having a character and owning the copyright to the name Captain Marvel, DC cannily retooled Billy Batson’s infamous word of power and titled the series Shazam! The World's Mightiest Mortal. The new deal required that all related merchandise shed the name of Captain Marvel in favor of his new moniker, which was driven home to the point where mainstream audiences now recognize the character as Shazam. The initial run of the rebooted series included new stories as well as reprints of the 1940's issues, and original Whiz Comics alumni were among the creative teams to produce new Shazam stories. After returning to the limelight once again via DC’s multiverse concept, Shazam & the entire Marvel Family were characters in the DC comics universe featured alongside heroes like the Justice League. Later the character was featured in a number of DC animated TV shows, and more recently starred in the 2019 film titled “Shazam!” further expanding the characters already admirable fanbase.
Artists Information