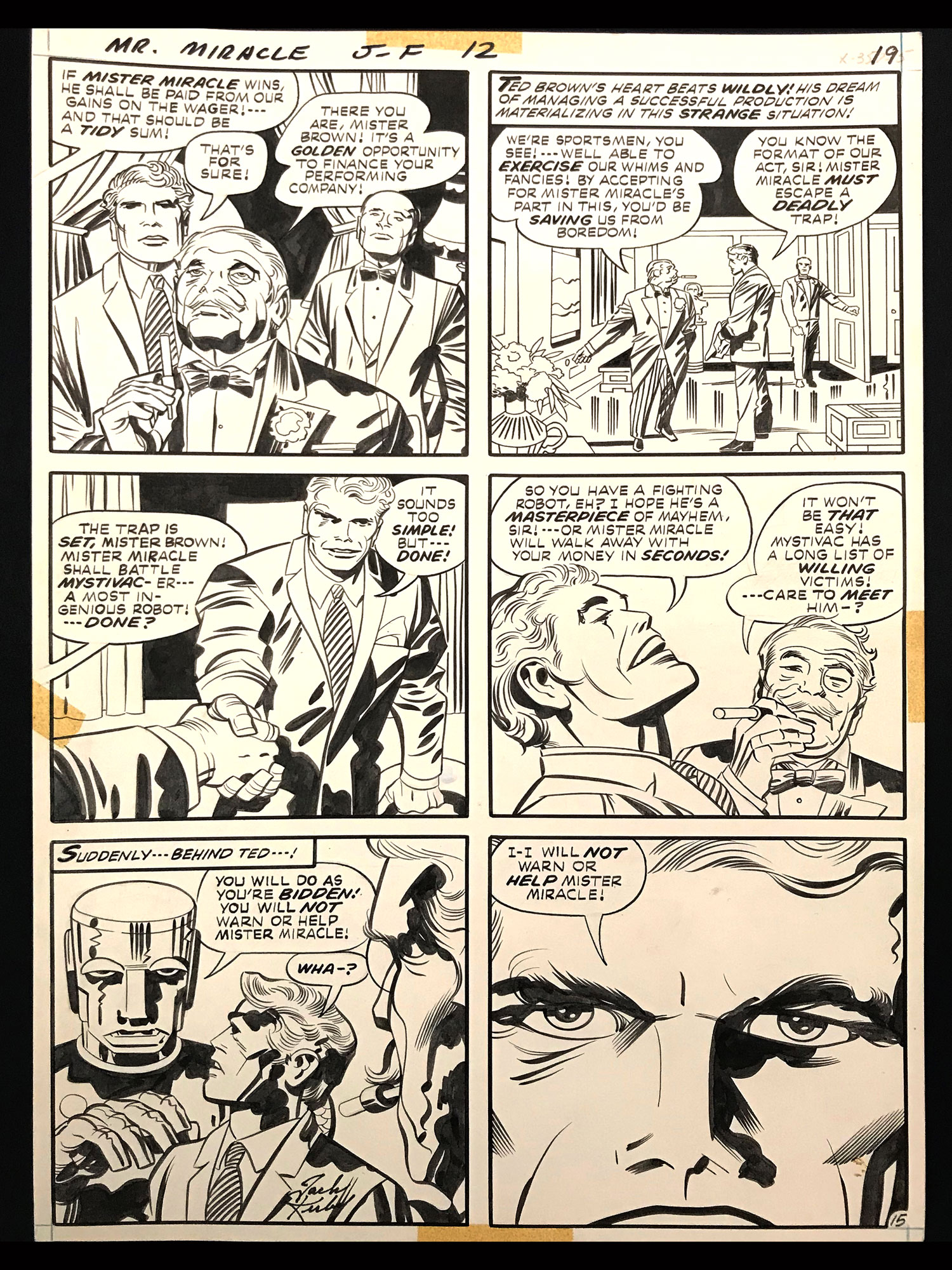 $1,250.00
Highest Offer
1
Offers
Offer Confirmation
You are about to submit an offer of . If accepted, you are legally obligated to purchase the book. Are you sure you want to continue?
Buy Confirmation
You are about to buy this item for , and will be legally obligated under the terms of our User Agreement to pay for it in a timely fashion. Continue?
PUBLISHER: DC
COMMENTS: Pg. 15; Jack Kirby pencils, Mike Royer inks, signed by Jack Kirby; 1973;image size 15" x 10"
Read Description ▼
Sell One Of These Inquire About This

Watch
Pg. 15; Jack Kirby pencils, Mike Royer inks, signed by Jack Kirby; 1973;image size 15" x 10"Thaddeus Brown, AKA, Mr. Miracle, makes a wager not to warn Mr. Miracle about his upcoming trap/battle with the mighty robot, Mystivac, little does he know, Mystavic has the power of hypnosis, which is going to cause big problems for ego (Brown) and alter ego (Miracle). With the satisfying due of Kirby and Royer, this is an excellent interior from Jack's latter career at DC.
Artists Information