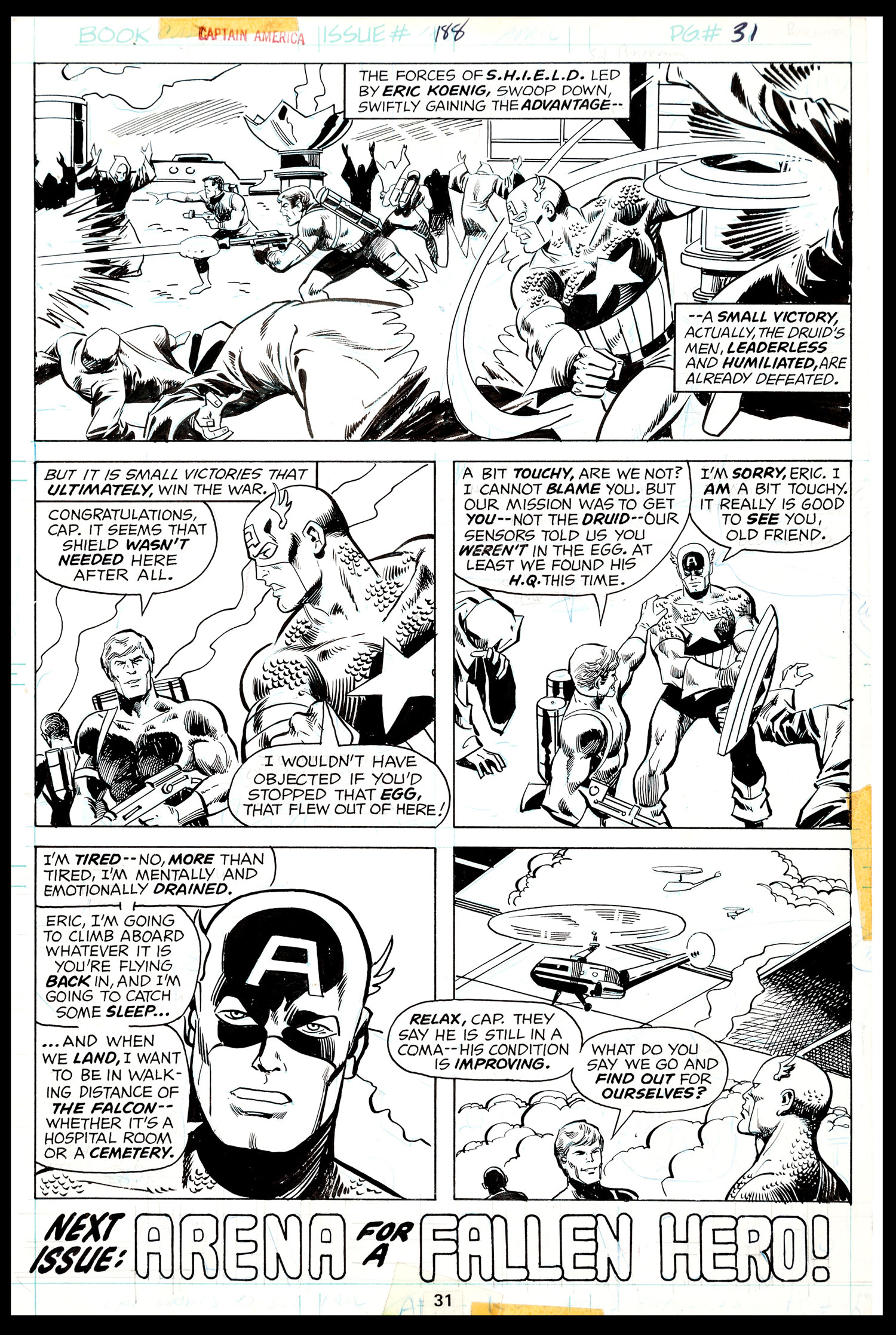 Watch
Sal Buscema pencils (breakdowns), Vince Colletta finishes; page 31; 1975; image size 10" x 14"The piece features bombastic action brought to you by Sal Buscema and Vince Colleta. This is an action packed interior page featuring the not so well-known Marvel character Eric Koenig. Though, keen followers of the Marvel universe will know that this unsung player has his own portrayal by the very well-known, self-proclaimed comic book nerd, Patton Oswald, on the small screen television series Agents of S.H.E.I.L.D.
Artist Information