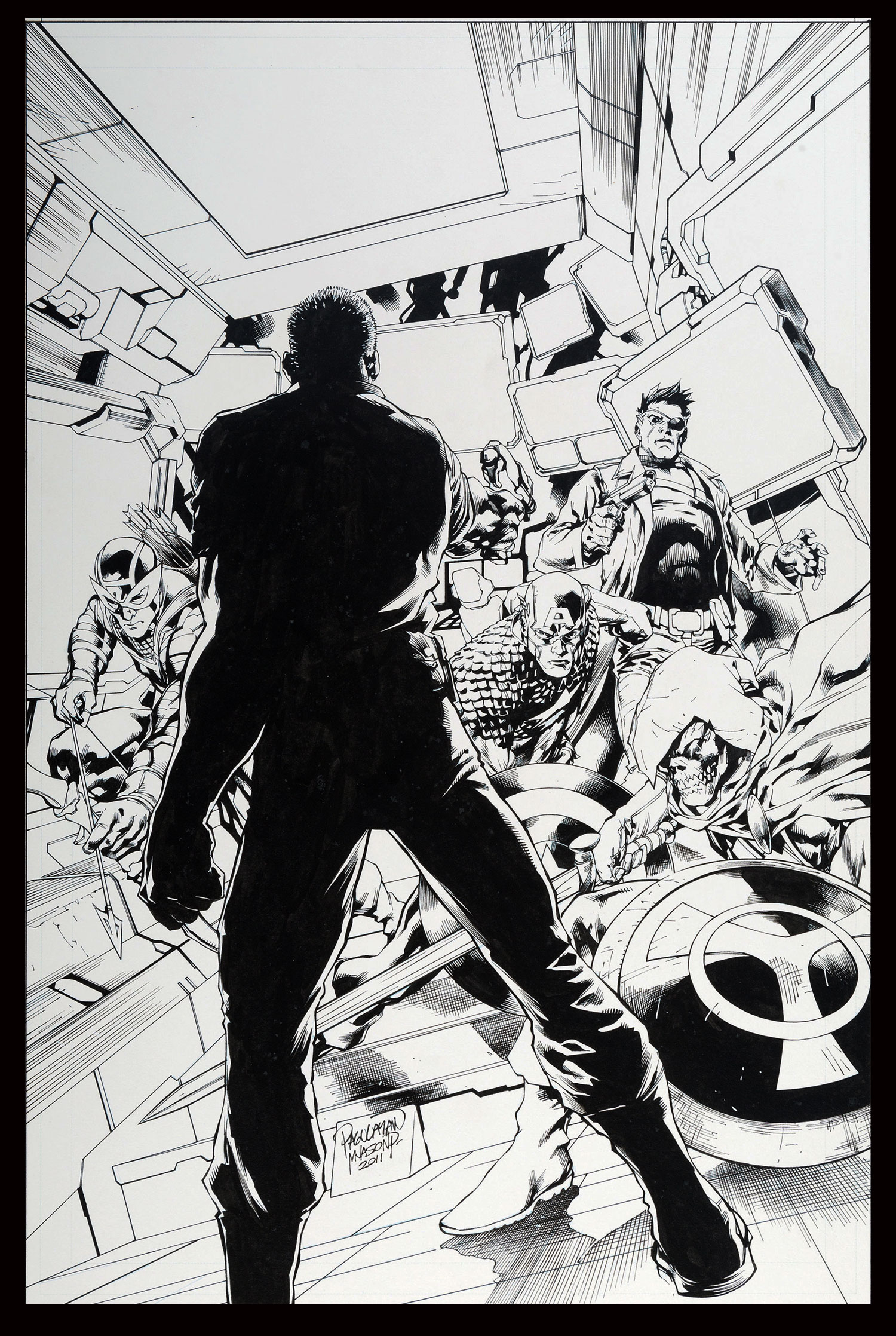 Watch
Carlo Pagulayan pencils, Jason Paz inks, signed 2011; image size 10.25" x 15.75"The shadowy figure is Marcus Johnson, who, unbeknownst to him, is the son of S.H.I.E.L.D. poster boy, Nick Fury. The Battle Scars series was conceived as a vehicle to explain the confusion about Fury's lineage while creating a believable backstory. Plus, it introduced fan-favorite Agent Phil Coulson to the Marvel Universe. Rendered with gravitas and finesse by Carlo Pagulayan and Jason Paz, this dramatic cover showcases Hawkeye, Captain America, and Nick Fury as well as the Taskmaster, who has been tapped to appear as the villain in the upcoming MCU Black Widow feature. Don't sleep on this Modern masterpiece!
Artists Information

Carlo Pagulayan is Filipino comic book artist who began his career in 2001 penciling a 3-page sequential story for Dark Horse comics as a tribute to the fallen World Trade Center's twin towers. Throughout the years he has illustrated for both DC and Marvel, with his most notable works including Wonder Woman and Avengers vs. X-Men.