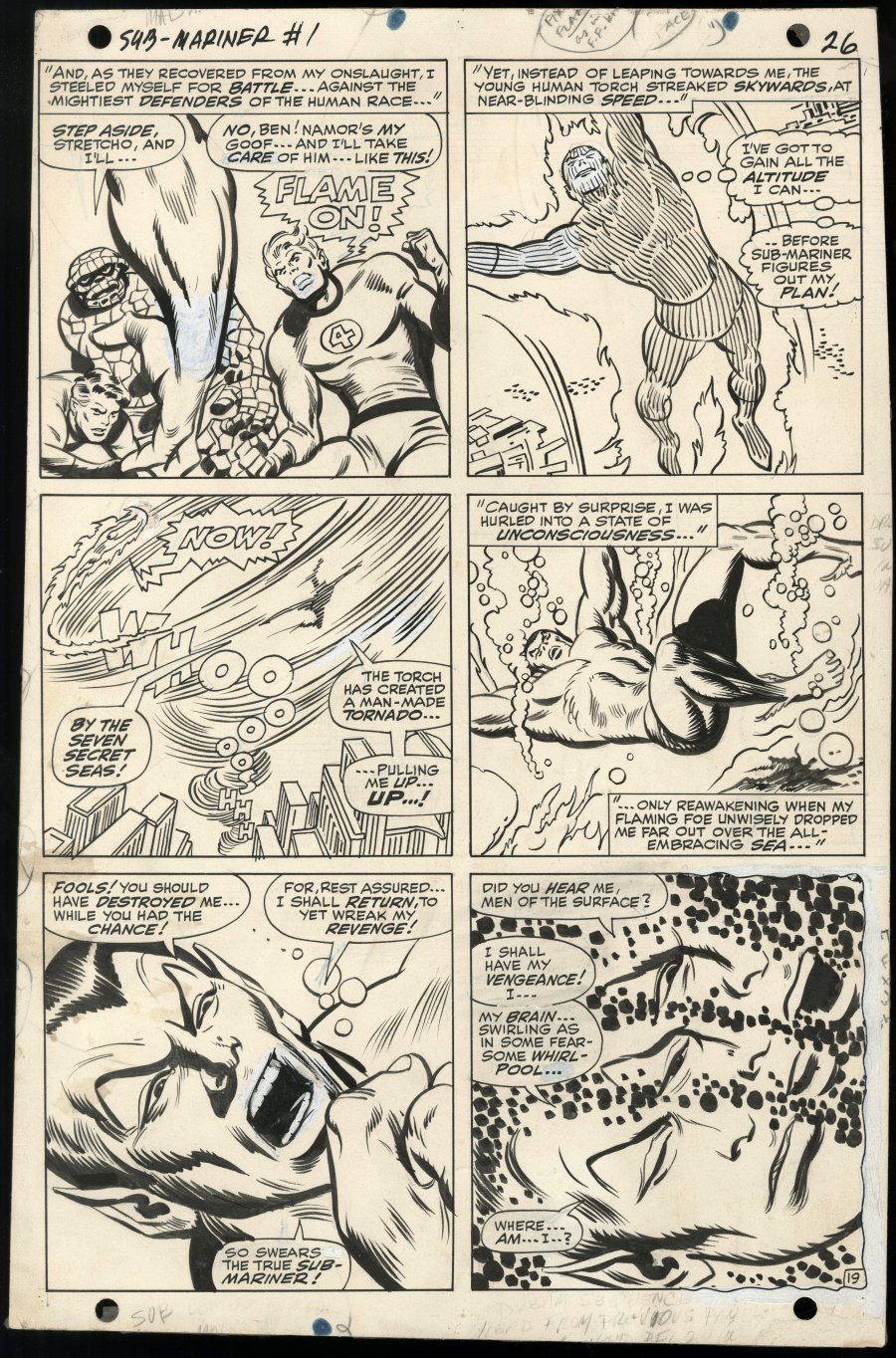 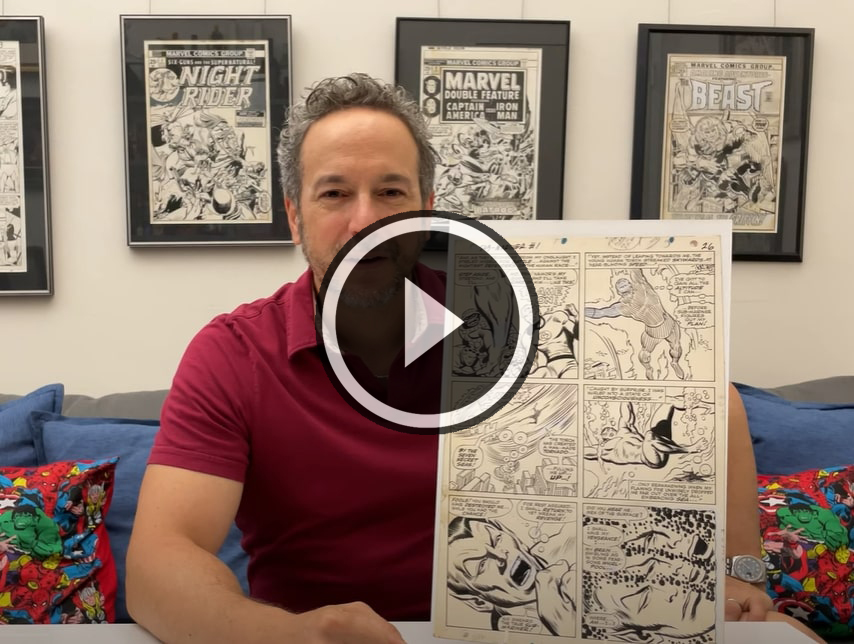 Beautifully rendered by Big John Buscema, this page delivers in the Mighty Marvel Manner. Let's talk about all that you get in this incredible interior page from 1968's first issue of Sub-Mariner. First panel right off the bat, you get "Flame On!" action from Jonny Storm, a wise cracking Ben Grimm, and classic maritime/pirate talk from the mouth of Subby! It's endearing, it's historical, it's perfect. So, swears the true Sub-Mariner! Pen and ink. Art is in excellent condition.
Artists Information