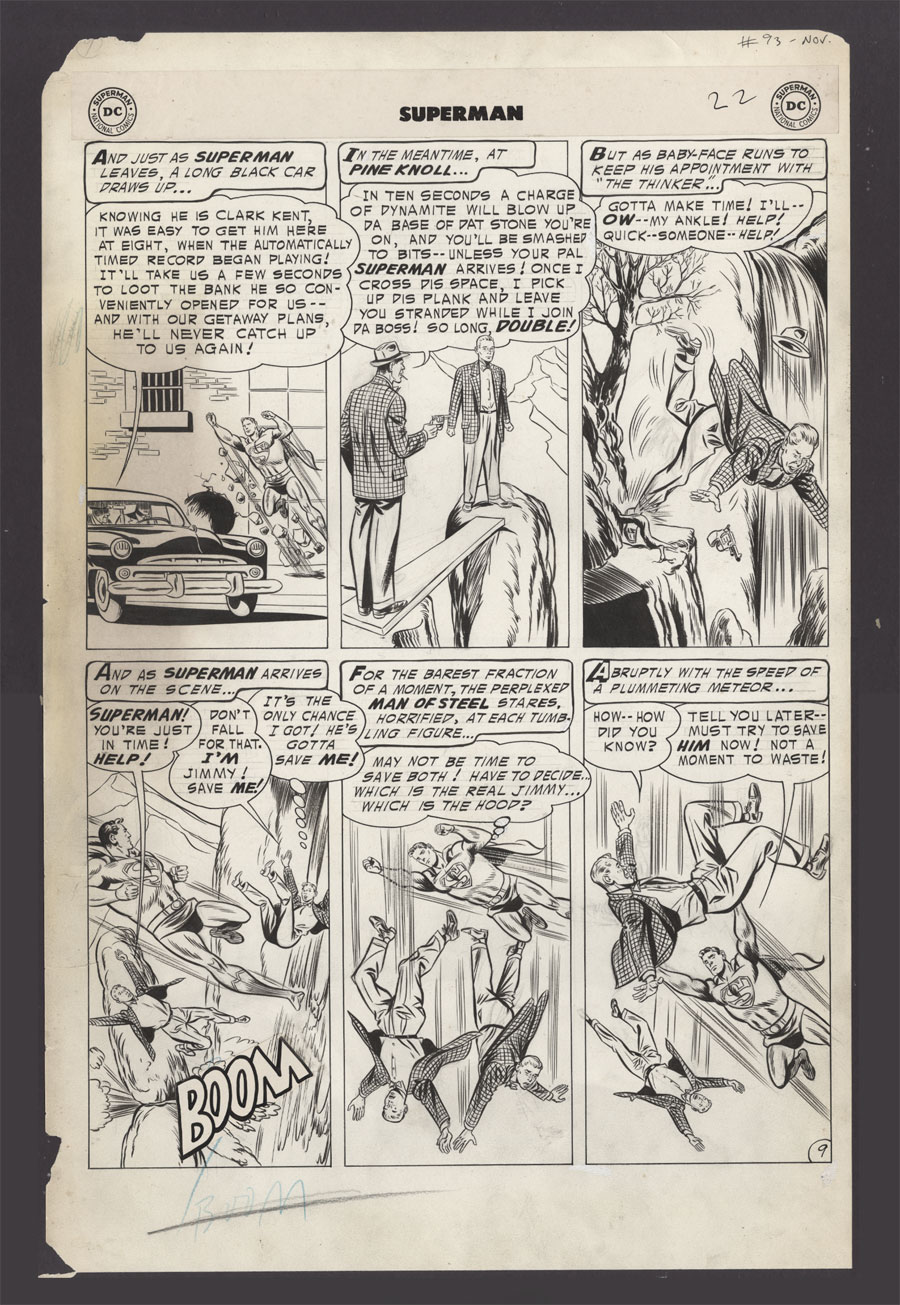 $2,567
Sold For
28
Bids
This auction has ended.
PUBLISHER: DC
COMMENTS: Pg. 22; Wayne Boring pencils, Stan Kaye, inks
Pg. 9 of 10 from the story, Jimmy Olsen's Double!
Read Description ▼
Sell One Of These Inquire About This

Watch
Pg. 22; Wayne Boring pencils, Stan Kaye, inks
Pg. 9 of 10 from the story, Jimmy Olsen's Double!Wayne Boring...what a misnomer, as this gifted Golden Age talent is anything but his namesake. Witness his skillful linework, and the fluidity of his storytelling, perfectly paced from panel to panel, along with his longtime collaborator, Stan Kaye, who provides the inks on this impressive page, Boring was one of the talented artists that helped to shape the Man of Steel into the iconic figure of truth, justice, and the American way that he is today.


This page is from Superman #93's second feature, titled "Jimmy Olsen's Double," and it is in these panels that our Kryptonian hero has to make a quick decision about which plummeting photojournalist to pluck from peril. Executed with great skill by the underrated Boring, this classic piece of Superman art is sure to see some heavy competition when it comes up for auction. Superfans take note!