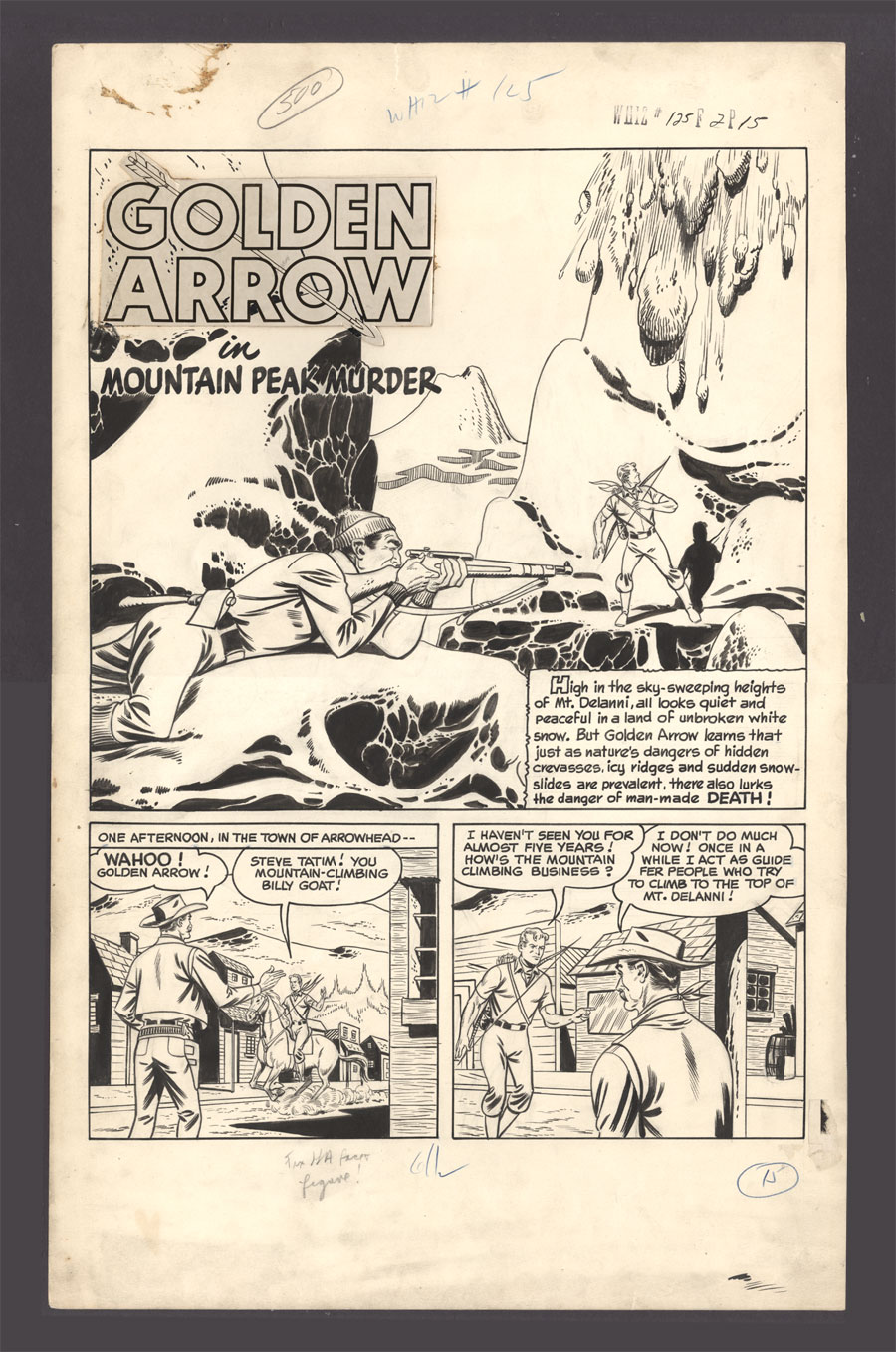 $255
Sold For
20
Bids
This auction has ended.
PUBLISHER: Fawcett
COMMENTS: Pg. 15; unknown artist; image size 13" x 185"
Read Description ▼
Sell One Of These Inquire About This

Watch
Pg. 15; unknown artist; image size 13" x 185"The Golden Arrow, like many other superheroes, had a tragic backstory, orphaned at a young age during a ballooning trip that was sabotaged by his family's business competition, Roger Parsons was raised by an old prospector named Nugget Ned, who trained the boy in survival tactics, including archery, at which Parsons had a preternatural skill. Taking to the open road on the back of his trusty steed White Wind, the Golden Arrow would enjoy a long career of vengeance and righting wrongs from his first appearance in 1940 all the way up to 1953.This page, rendered by an unidentified artist, shows the Golden Arrow facing an ambush in the "Mountain Peak Murder," the unsuspecting archer appears in the half-splash panel in a perilous situation. The following two panels show some of the events leading up to the standoff in a flashback. Although the artist is unknown, his skill is evident, as the professionally rendered backgrounds and the expressive character designs show the mark of a well-trained illustrator.