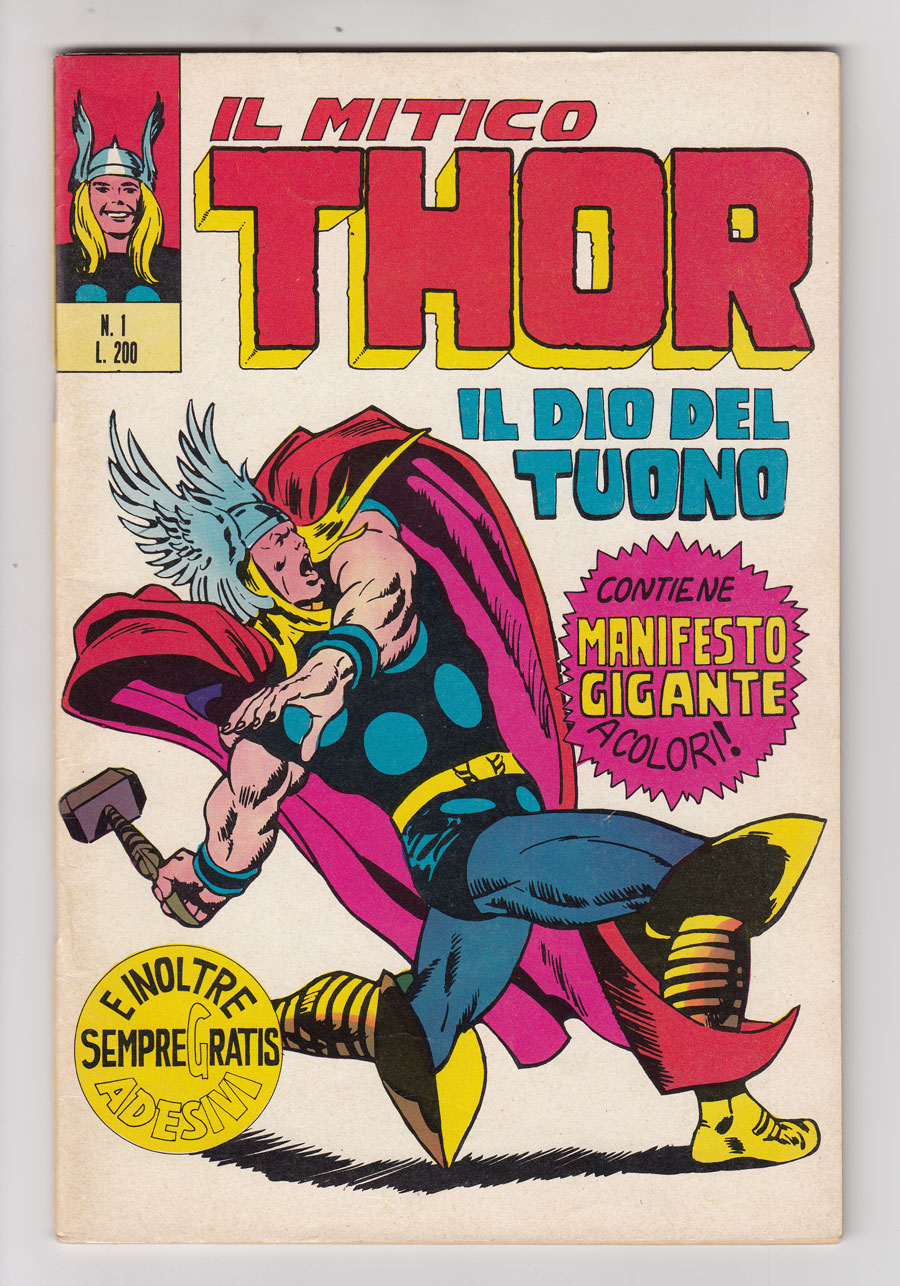 --
Accepting Offers
--
Offers
Offer Confirmation
You are about to submit an offer of . If accepted, you are legally obligated to purchase the book. Are you sure you want to continue?
Buy Confirmation
You are about to buy this item for , and will be legally obligated under the terms of our User Agreement to pay for it in a timely fashion. Continue?
PUBLISHER: Marvel
COMMENTS: "Thor #1"; Italian Version; 1971; Journey Into Mystery #83-85
Heath cvr; Ayers art
Read Description ▼
Sell One Of These Inquire About This

Watch
"Thor #1"; Italian Version; 1971; Journey Into Mystery #83-85
Heath cvr; Ayers artIn the dark days post-Timely and pre-Marvel, Atlas comics consisted mostly of a young, overworked Stan Lee hunkered down at a lonely desk in the corner of an office, desperately keeping the comics end of the publishing business afloat with anything that would sell -- westerns, romance, boys' adventures, and, during the pre-code EC craze, horror comics. While not as ghoulish or feverish as those of their competitors, Lee's Atlas horror anthologies with blessed with art from some of the greats of the industry, whom Lee secretly handed work even when times were hard and money was tight, slowly creating the core creative talent that would soon revolutionize the face of comics, both at Marvel and beyond. One of the best-selling of Atlas' mystery titles, the appropriately named Journey Into Mystery, would become known five years into its run as the home of the Mighty Thor, but in the meantime, was home to some of the looniest, most reverently drawn, coolest-looking genre tales to ever appear under the Marvel imprints. Published in low numbers during one of the toughest periods in the comics business, and rarely kept by the kids and barber-shop customers who consumed them, these early classics are super-scarce and avidly sought by Marvel fans and pre-code horror fanatics.
Artist Information