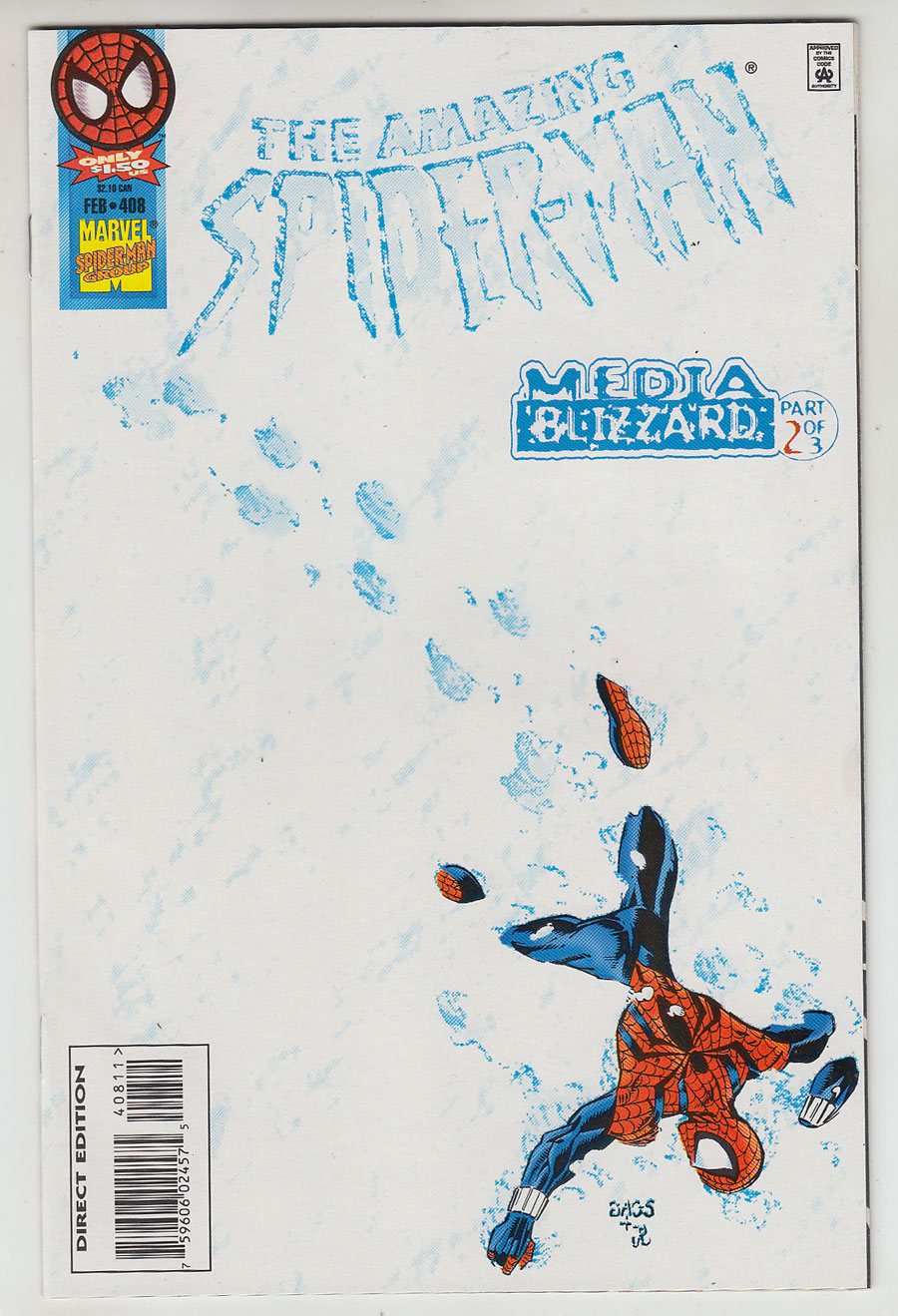 --
Accepting Offers
--
Offers
Offer Confirmation
You are about to submit an offer of . If accepted, you are legally obligated to purchase the book. Are you sure you want to continue?
Buy Confirmation
You are about to buy this item for , and will be legally obligated under the terms of our User Agreement to pay for it in a timely fashion. Continue?
PUBLISHER: Marvel
COMMENTS: white pgs glossy! direct edition
Bagley c/a; rare in high grades
Read Description ▼
Sell One Of These Inquire About This

Mark Bagley is an American comics artist. He has worked for Marvel Comics on such titles as The Amazing Spider-Man, Thunderbolts, New Warriors, and Ultimate Spider-Man and for DC Comics on Justice League of America, Batman and Trinity. Bagley won his first job at Marvel by winning the contest in the Marvel Try-Out book in 1983.

Larry Mahlstedt is a professional comic book inker and illustrator. He started his career in the early 80s working for DC Comics on titles like Adventure Comics, Unexpected, Weird War Tales, Green Lantern, Batman and many others. Larry moved to Marvel Comics in the early 90's and worked on some of their most notable titles including "Amazing Spider-Man".