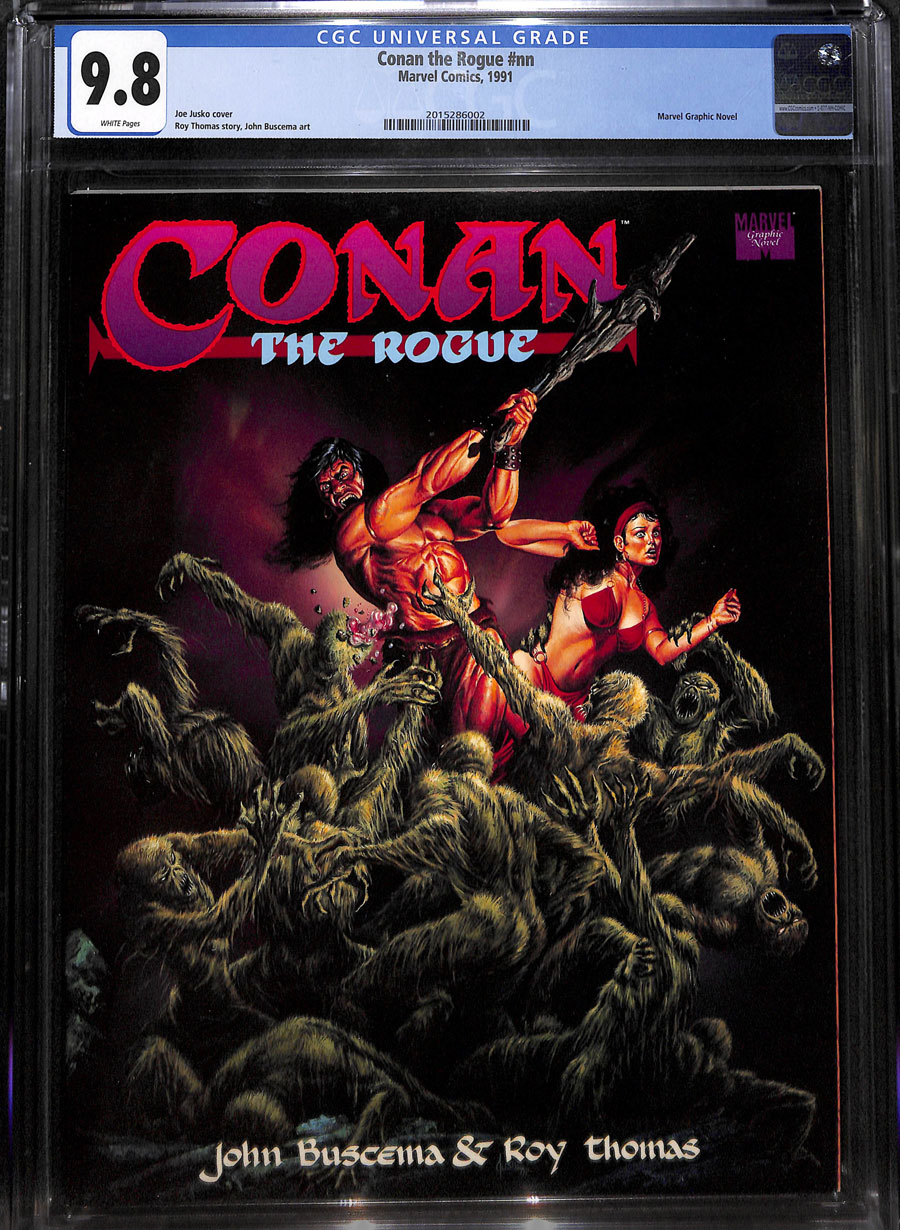 --
Accepting Offers
--
Offers
Offer Confirmation
You are about to submit an offer of . If accepted, you are legally obligated to purchase the book. Are you sure you want to continue?
Buy Confirmation
You are about to buy this item for , and will be legally obligated under the terms of our User Agreement to pay for it in a timely fashion. Continue?
PUBLISHER: Marvel
COMMENTS: white pgs; 1 of 3
painted cover
Highest Graded
Read Description ▼
Sell One Of These Inquire About This

Joe Jusko is an award winning fantasy and comic book painter whose 1992 Marvel Masterworks series is credited for launching the painted trading card boom of the 1990's. Jusko has worked for almost every major comic-book publisher, producing hundreds of images for both covers and interiors. In addition to his long stint as one of the main cover artists for The Savage Sword of Conan, Jusko has painted every major Marvel Comics character. Jusko has also produced covers and interior art for many other comics companies and characters, including DC Comics, Crusade Comics, Innovation Comics, Harris Comics, Wildstorm Comics, Top Cow Productions, and Byron Preiss Visual Publications.