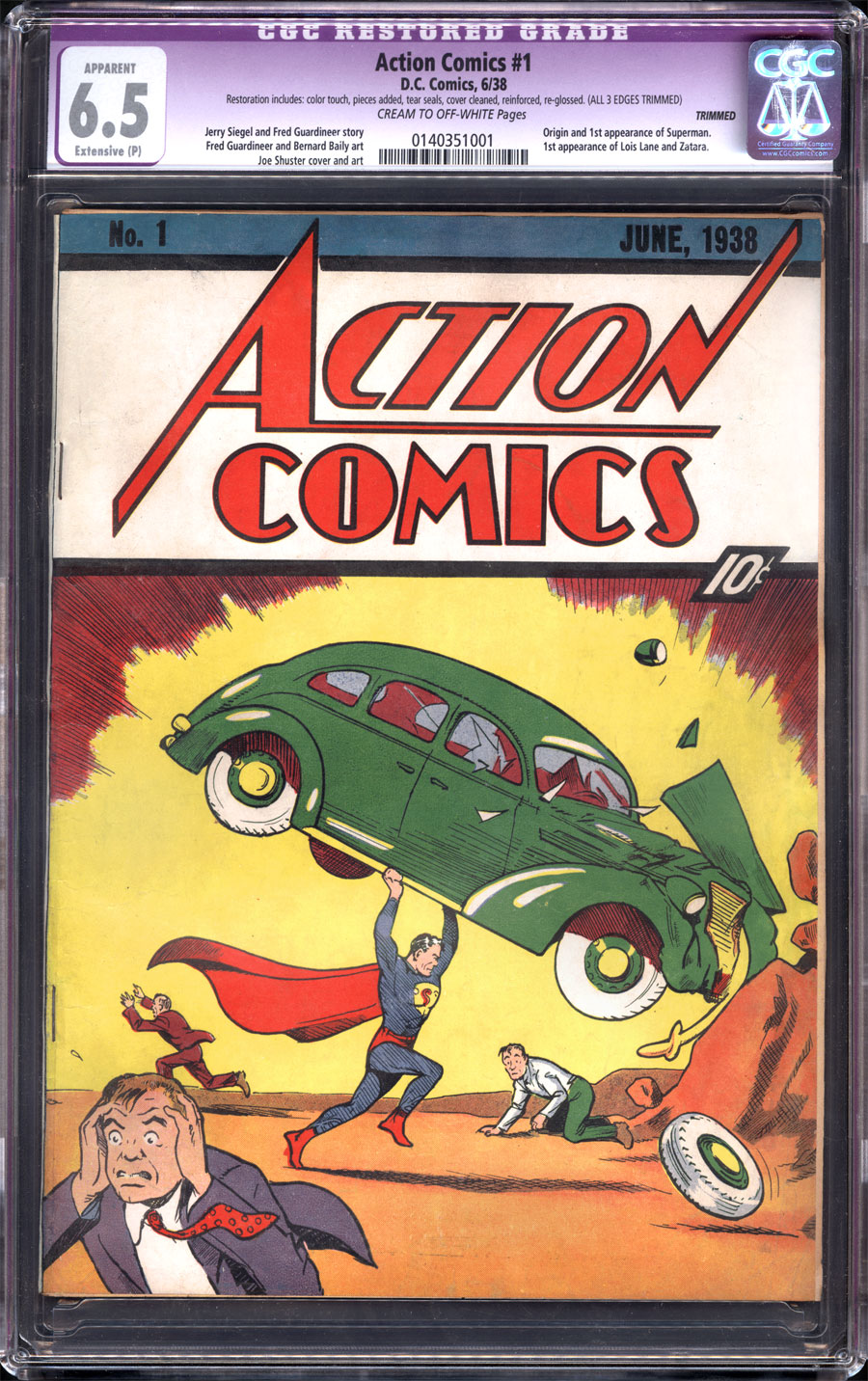 Watch
crm/ow pgs; Ext(P) ct, pcs added, tr sls, cvr clnd, reinf, re-glossed (all 3 edges trimmed)
origin & 1st app. of Superman by Siegel and ShusterThe most important comic book in history, Action #1 stands as the introduction of the archetype of all other heroes to come as Superman transcends comics and pop culture as an icon of truth, justice, and the American way!

This apparent 6.5 copy of Action Comics #1 is a breathtaking beauty to behold. Just a lovely book all around. Every auction of this milestone comic commands staggering hammer prices but this copy, in particular, has all the trappings of a showstopper. The crystal clear appearance of the iconic cover makes an already rare find even rarer and will most assuredly attract bidders and watchers from around the globe.