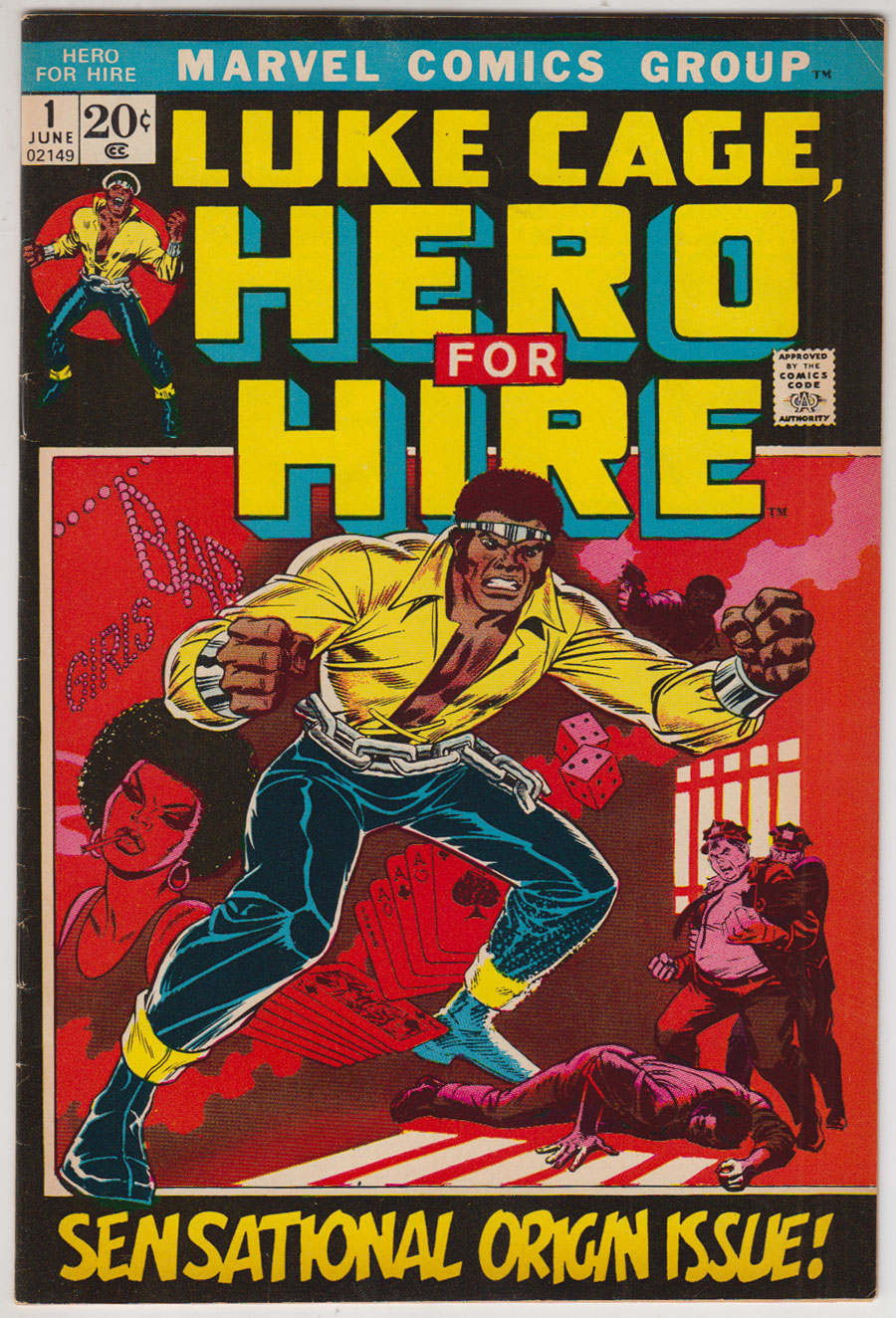 $450.00
Sold For
1
Offers
PUBLISHER: Marvel
COMMENTS: Romita cover; origin and 1st app. Luke Cage
Read Description ▼
Sell One Of These Inquire About This

Watch
Romita cover; origin and 1st app. Luke CageThanks to a hit series on Netflix, Luke Cage is a hot commodity in the comic book world, and when a superhero hits the big time, his or her origin story can exponentially shoot up in value. This classic cover by John Romita hints at the tales of urban action within the pages, and the interior art by George Tuska and Billy Graham is equally impressive.
Artists Information