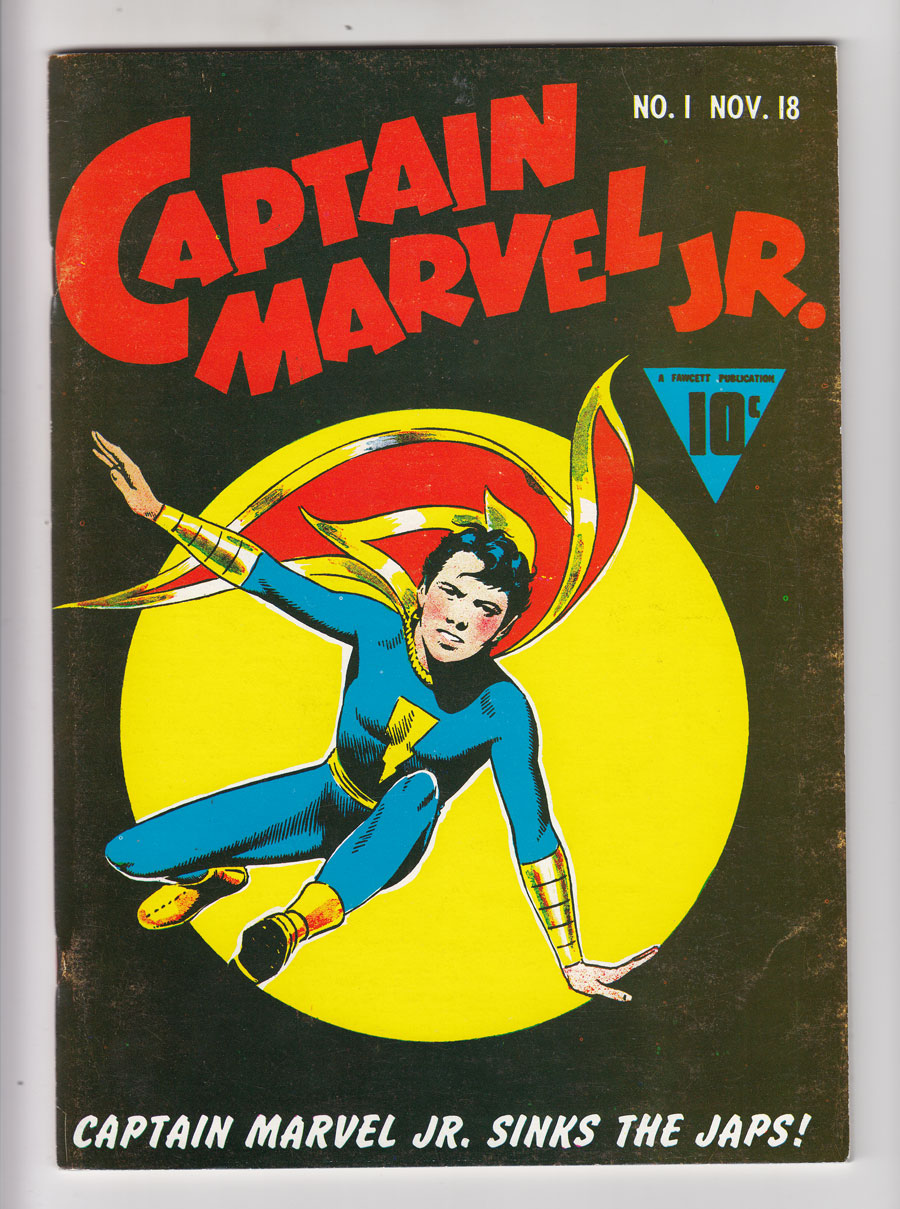 $10.00
Highest Offer
1
Offers
Offer Confirmation
You are about to submit an offer of . If accepted, you are legally obligated to purchase the book. Are you sure you want to continue?
Buy Confirmation
You are about to buy this item for , and will be legally obligated under the terms of our User Agreement to pay for it in a timely fashion. Continue?
PUBLISHER: Fawcett
COMMENTS: Alan Light REPRINT
Mac Raboy cvr; Capt. Marvel Jr. origin retold, Capt. Nazi app.
Read Description ▼
Sell One Of These Inquire About This

Watch
Alan Light REPRINT
Mac Raboy cvr; Capt. Marvel Jr. origin retold, Capt. Nazi app.Mac Raboy's Captain Marvel Jr. took a spin-off from the original Captain Marvel and made it into something all its own. Raboy's realistic style gave this title depth and heft, and the stories in this series had a seriousness that contrasted with the more cartoony exploits of his mentor. The first issue of Captain Marvel Jr. retells the character's origin story, that of a young boy who is wounded in an attack by Captain Nazi which forces the original Captain Marvel to transfer some of his powers into young Freddy Freeman to save his life. The new addition to the Marvel Family remains a teenager in his transformed state and is still hobbled by a lame leg when he is in his human form. Although the character appeared in Whiz and Master Comics before earning his own title, this premiere issue proved that the junior version of the Marvel franchise could stand on its own.