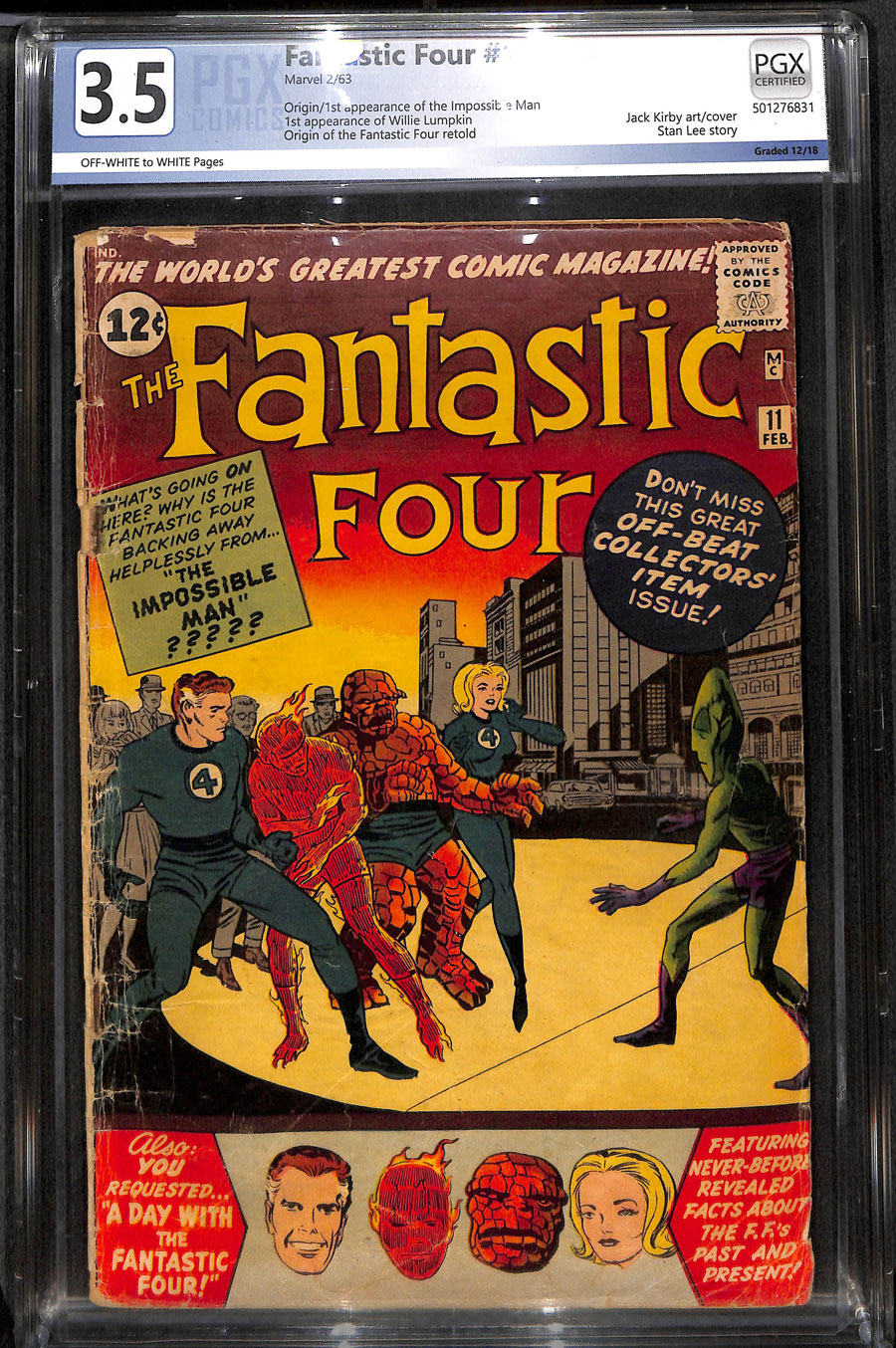 $140.65
Sold For
22
Bids
This auction has ended.
PUBLISHER: Marvel
COMMENTS: ow/white pgs
origin & 1st app. of Impossible Man; FF origin retold
Read Description ▼
Sell One Of These Inquire About This

Watch
ow/white pgs
origin & 1st app. of Impossible Man; FF origin retoldOne of the first indicators that Lee and Kirby were pushing the FF book beyond the boundaries of standard hero comics was the appearance of the Impossible Man, a character intended largely as a comic foil and prankster. With the wry tone and increasingly bizarre style of the book already established, this flight of fancy allowed the bullpen boatloads of creative freedom for their next groundbreaking FF epics.
Artists Information