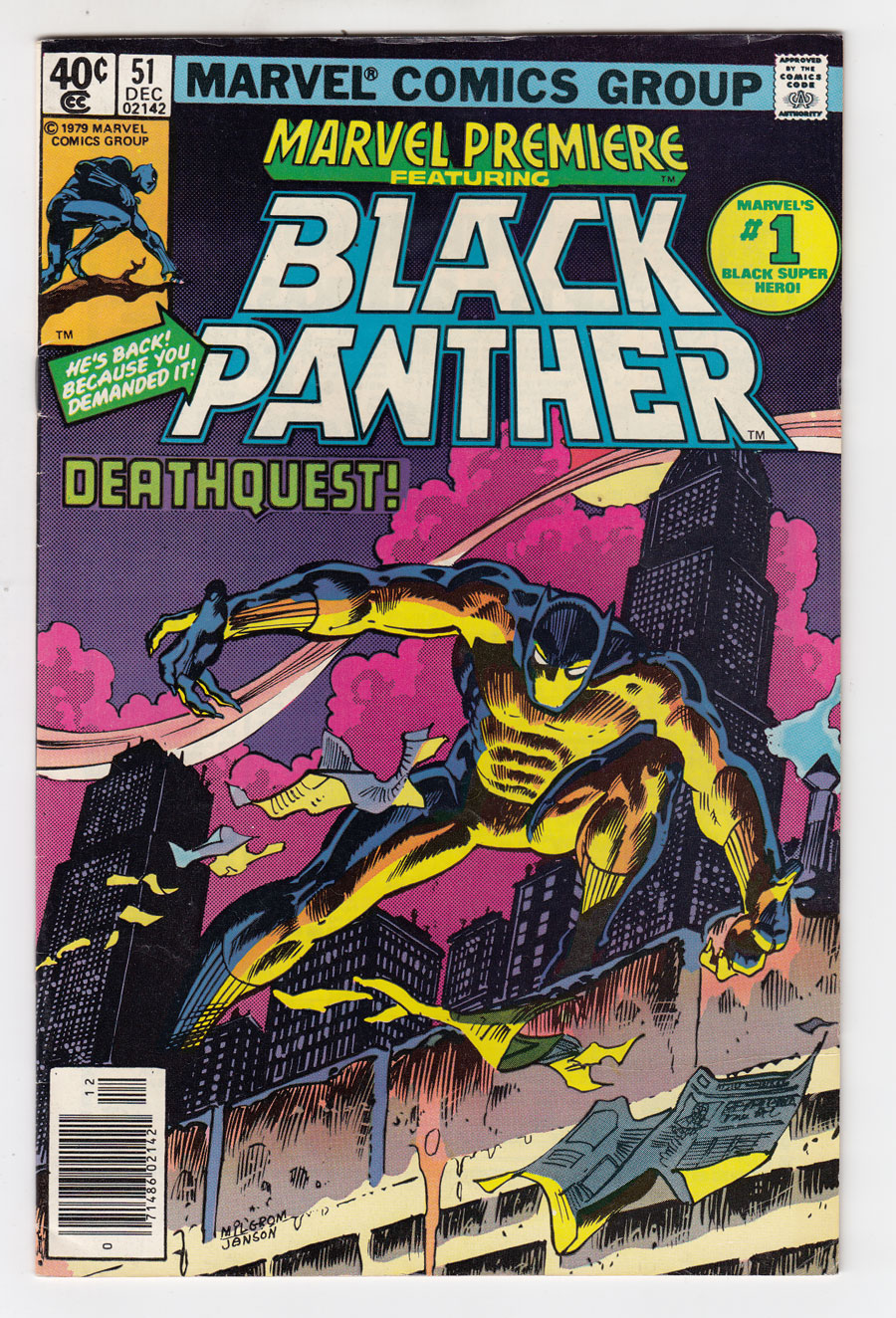 --
Accepting Offers
--
Offers
Offer Confirmation
You are about to submit an offer of . If accepted, you are legally obligated to purchase the book. Are you sure you want to continue?
Buy Confirmation
You are about to buy this item for , and will be legally obligated under the terms of our User Agreement to pay for it in a timely fashion. Continue?
PUBLISHER: Marvel
COMMENTS: ow pgs
Black Panther (12/79)
Read Description ▼
Sell One Of These Inquire About This

Gerald Joseph Bingham Jr. is an American artist who has worked in the fields of comic books, commercial illustration, and design. He is known for his artwork on Marvel Team-Up and the DC Comics graphic novel Batman: Son of the Demon.