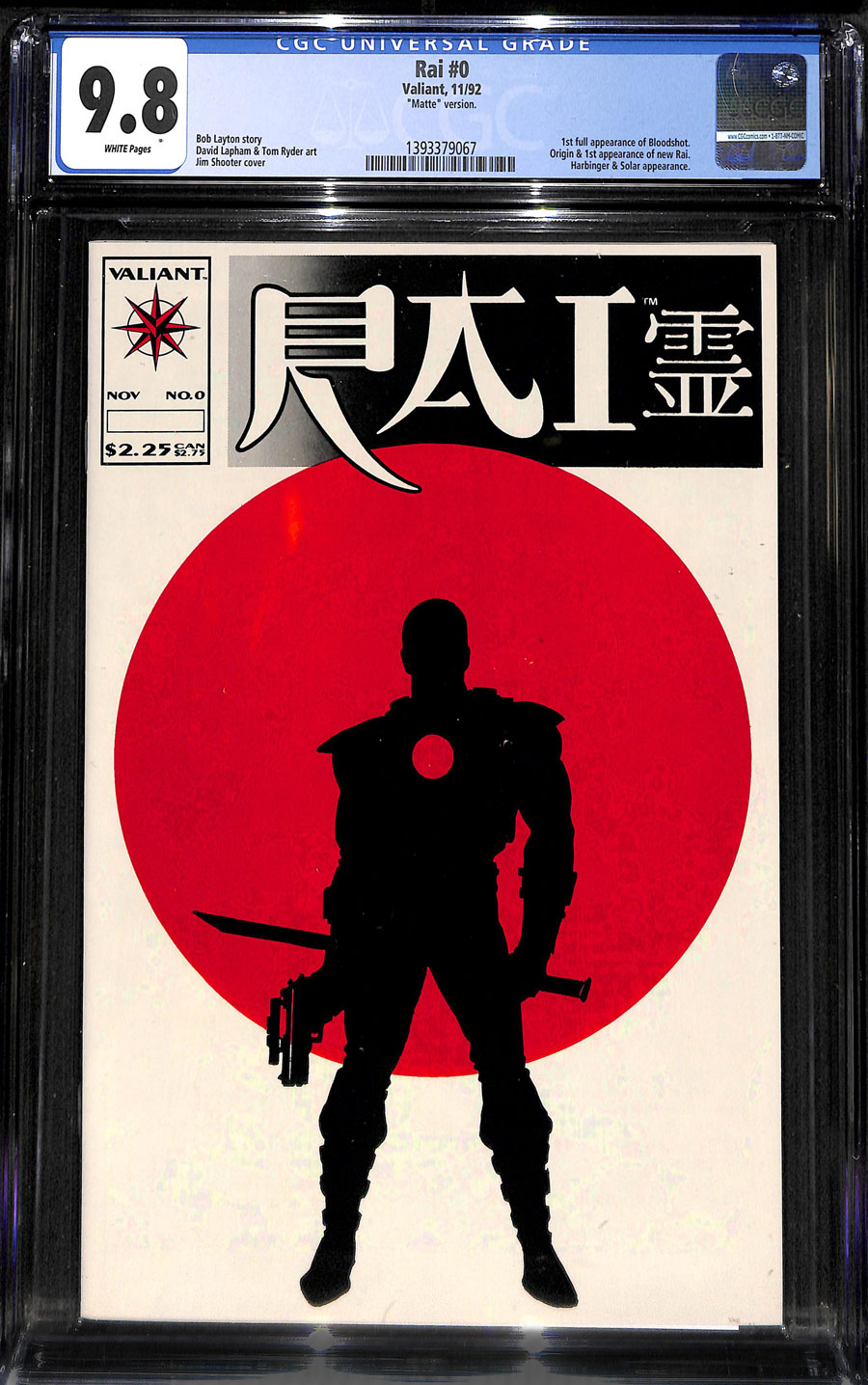 --
Accepting Offers
--
Offers
FYI there's no need to include decimal points(.).
Offer Confirmation
You are about to submit an offer of . If accepted, you are legally obligated to purchase the book. Are you sure you want to continue?
FYI there's no need to include decimal points(.).
Buy Confirmation
You are about to buy this item for , and will be legally obligated under the terms of our User Agreement to pay for it in a timely fashion. Continue?
PUBLISHER: Valiant
COMMENTS: white pgs; matte version
1st full app. Bloodshot; origin & 1st app of the new Rai, Harbinger and Solar app
Read Description ▼
Sell One Of These Inquire About This

Watch
white pgs; matte version
1st full app. Bloodshot; origin & 1st app of the new Rai, Harbinger and Solar appRai is the first original superhero published by Valiant Comics after the title’s humble beginnings as a flipbook back-up feature in Magnus Robot Hunter #5. Issue #0 includes the first full appearance of Bloodshot, a former assassin who gains a number of superpowers via nanite injections. After having his memory wiped, former mobster Angelo Mortalli was given the ability to control electronic devices and maximize his own physical capabilities to super-human levels. Readers were instantly receptive to the character and subsequently Bloodshot received his own title which is, in fact, the best-selling book for Valiant comics. Recently Bloodshot was featured in his own solo movie starring Vin Diesel as the titular character, with plans already set for a sequel down the road. With rabid fanbase, comic investors can expect the demand for this book to go up in value as Bloodshot is a huge success in multiple languages.
Artist Information