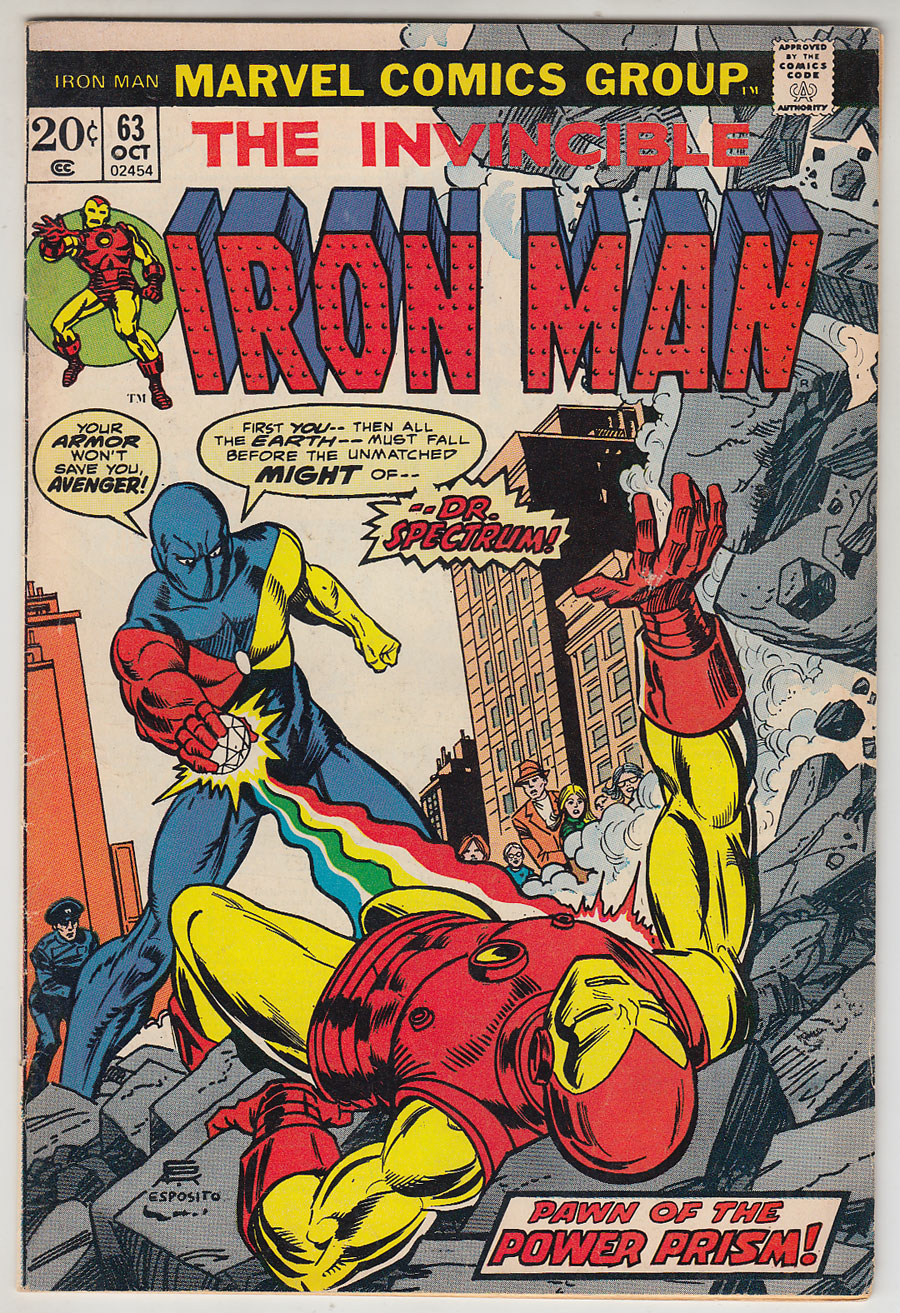 Watch
Kane coverGil Kane cover. Doctor Spectrum. "Enter: Dr. Spectrum" Part 1 of 4. Story by Mike Friedrich. Art by George Tuska and Mike Esposito. Cover by Gil Kane and Mike Esposito. Tony Stark returns to Detroit to oversee the reconstruction of the space shuttle, when Dr. Spectrum attacks with his power prism! Can Iron Man defeat the prism-wielding villain? And who is the mysterious Dr. Obatu? (Note: This is the Dr. Spectrum from the Squadron Sinister -- last seen in Avengers 70.)
Artists Information