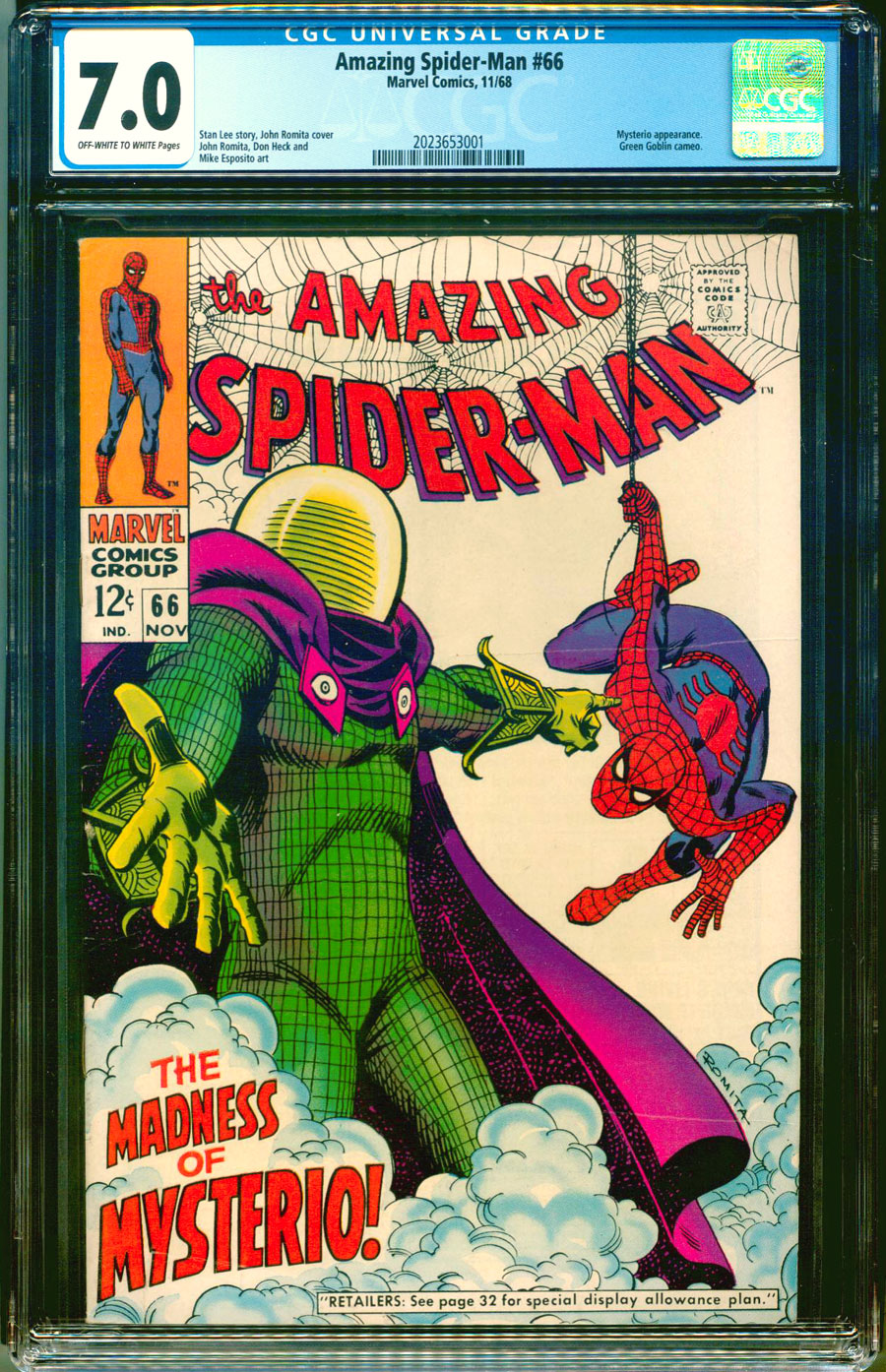 $115.00
Highest Offer
1
Offers
Offer Confirmation
You are about to submit an offer of . If accepted, you are legally obligated to purchase the book. Are you sure you want to continue?
Buy Confirmation
You are about to buy this item for , and will be legally obligated under the terms of our User Agreement to pay for it in a timely fashion. Continue?
PUBLISHER: Marvel
COMMENTS: ow/white pgs
Romita cvr/art; Mysterio app.; Green Goblin cameo
Read Description ▼
Sell One Of These Inquire About This

Watch
ow/white pgs
Romita cvr/art; Mysterio app.; Green Goblin cameoCover art by John Romita. "The Madness of Mysterio!", script by Stan Lee, pencils by John Romita (layouts) and Don Heck (pencils), inks by Mike Esposito (as Mick Demeo); Mysterio has broken out of prison and is using his special effects prowess to prepare another plot to get revenge against Spider-Man; Meanwhile, Spidey recovers his clothes and camera left in the debris following his fight with the Vulture; The next day he tries to sell the pictures to Jameson; Furious that Parker "abandoned" him when he was supposed to be taking pictures of Spider-Man's battle with the Vulture, he throws Parker out of the building, telling Peter that he doesn't need him to take pictures; Appearing on television, Mysterio issues a challenge to Spider-Man to meet him to a fight to the finish or he will start destroying city bridges. Guest appearance by the Green Goblin (a subplot continued in the Spectacular Spider-Man 2 magazine in 1968). Romita cover. Reprinted in Marvel Tales #49. Letter to the editor from comics writer Tony Isabella.
Artists Information