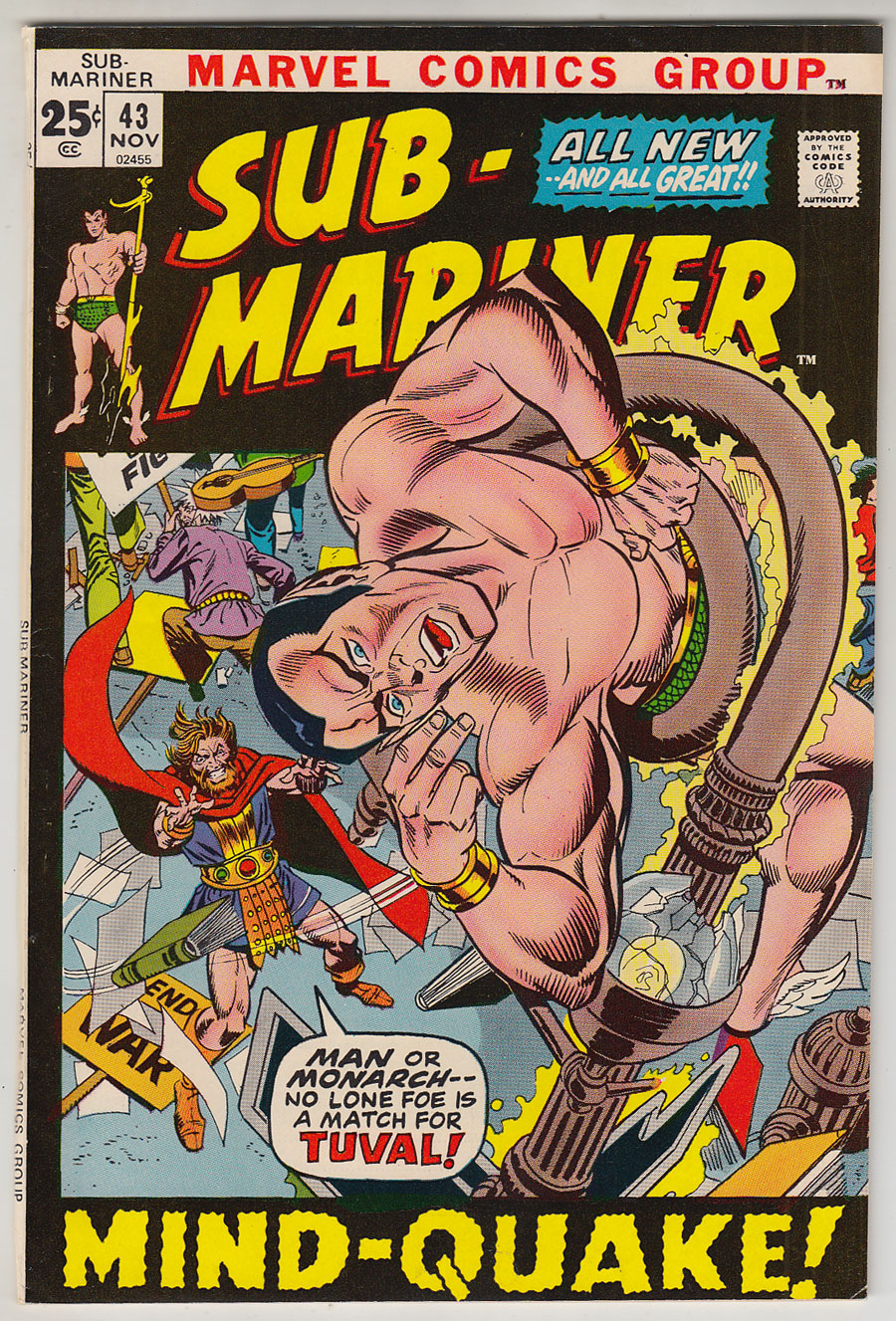 --
Accepting Offers
--
Offers
Offer Confirmation
You are about to submit an offer of . If accepted, you are legally obligated to purchase the book. Are you sure you want to continue?
Buy Confirmation
You are about to buy this item for , and will be legally obligated under the terms of our User Agreement to pay for it in a timely fashion. Continue?
PUBLISHER: Marvel
COMMENTS: King-Size (11/71) (late issues of Subbie are sleepers - buy them up now)
Read Description ▼
Sell One Of These Inquire About This

Watch
King-Size (11/71) (late issues of Subbie are sleepers - buy them up now)52-page giant. Cover pencils by Gil Kane, inks by Frank Giacoia. "Mindquake!", script by Gerry Conway, pencils by Gene Colan, inks by Mike Esposito; Namor, continuing his search for his father, runs into a bunch of sailors who are dumping atomic waste; He stops them and witnesses the death of a lighthouse keeper apparently under the mental influence of someone known as Tuval the Mind Master; Namor makes his way to Boston where he comes across a mysterious cult led by Tuval. Tuval turns his attention to a group of teenagers enjoying an outdoor concert and begins absorbing their youth; Namor defeats Tuval and frees those under his influence, oblivious that one of those freed is his father, Captain Mackenzie. Letter from comics editor Bob Rozakis.
Artist Information