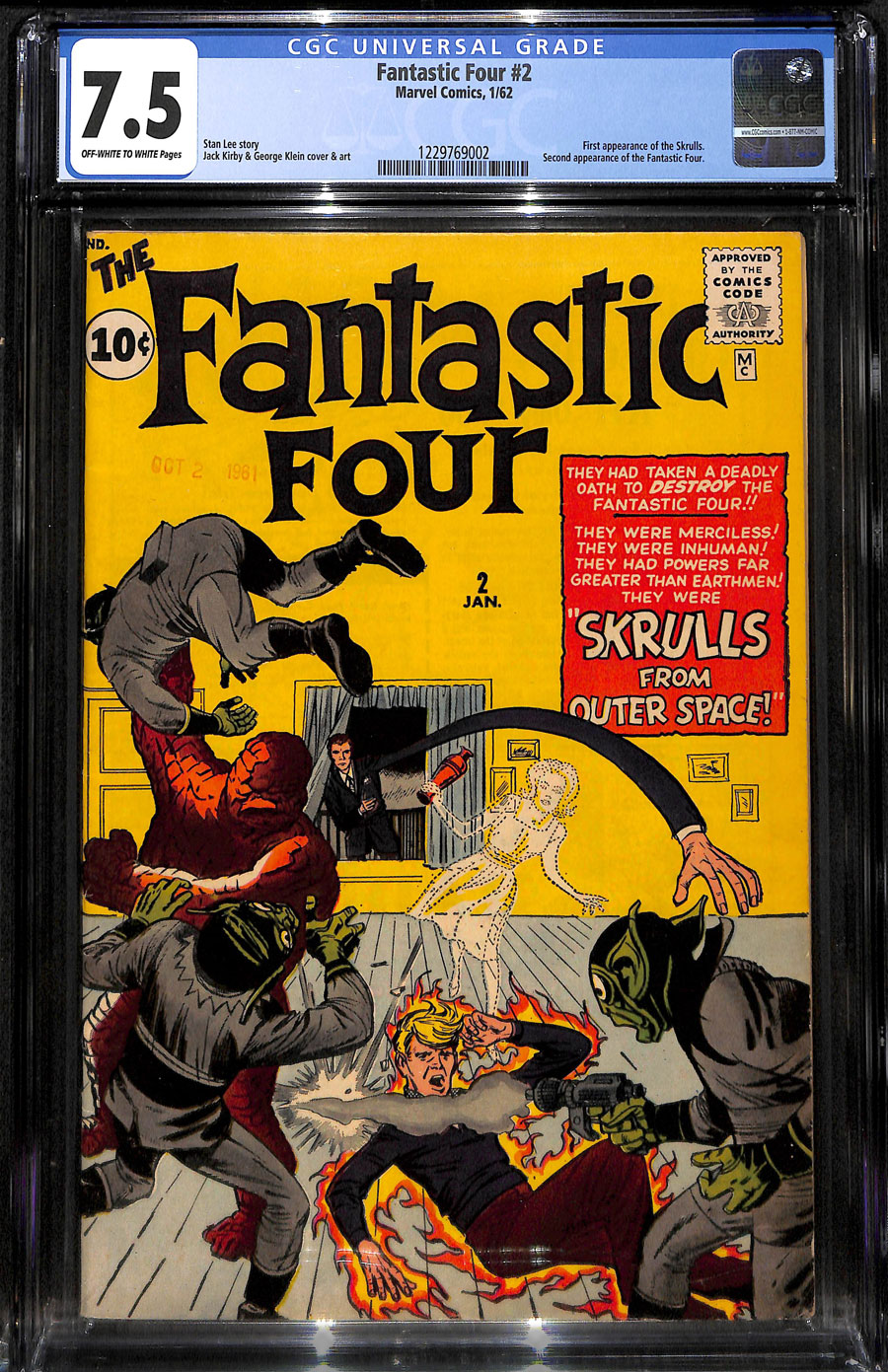 DESCRIPTION
Share This:
ow/white pgs
Kirby cvr/art; 1st app. of the Skrulls; 2nd Fantastic FourWho knew that the need for a faddish, sci-fi based villain would result in storylines and mythology spanning across decades? It wasn't as though Lee and Kirby were consciously creating a pop-culture world in the rocky days of early Silver Age Marvel, they were just trying to make fun comics that would sell and attract readers -- but, by following the hyperactive lead of their imaginative audience, they developed a language and style and mythos that carries on to this day, to the movies and beyond. This first appearance of the Skrulls hints at the grandeur and go-for-broke glee of the Marvel Universe to come.

Thanks to the MCU the Skrulls are now poised to play a major role in Phase Four of the movie franchise after being introduced in "Captain Marvel." This is a great opportunity to take home a handsome and sturdy copy of the alien race's introduction. The chromatic scheme on this cover is as fresh as it was fifty-seven years ago, and considering that this is the second-ever appearance of the Fantastic Four, the book is doubly desirable.