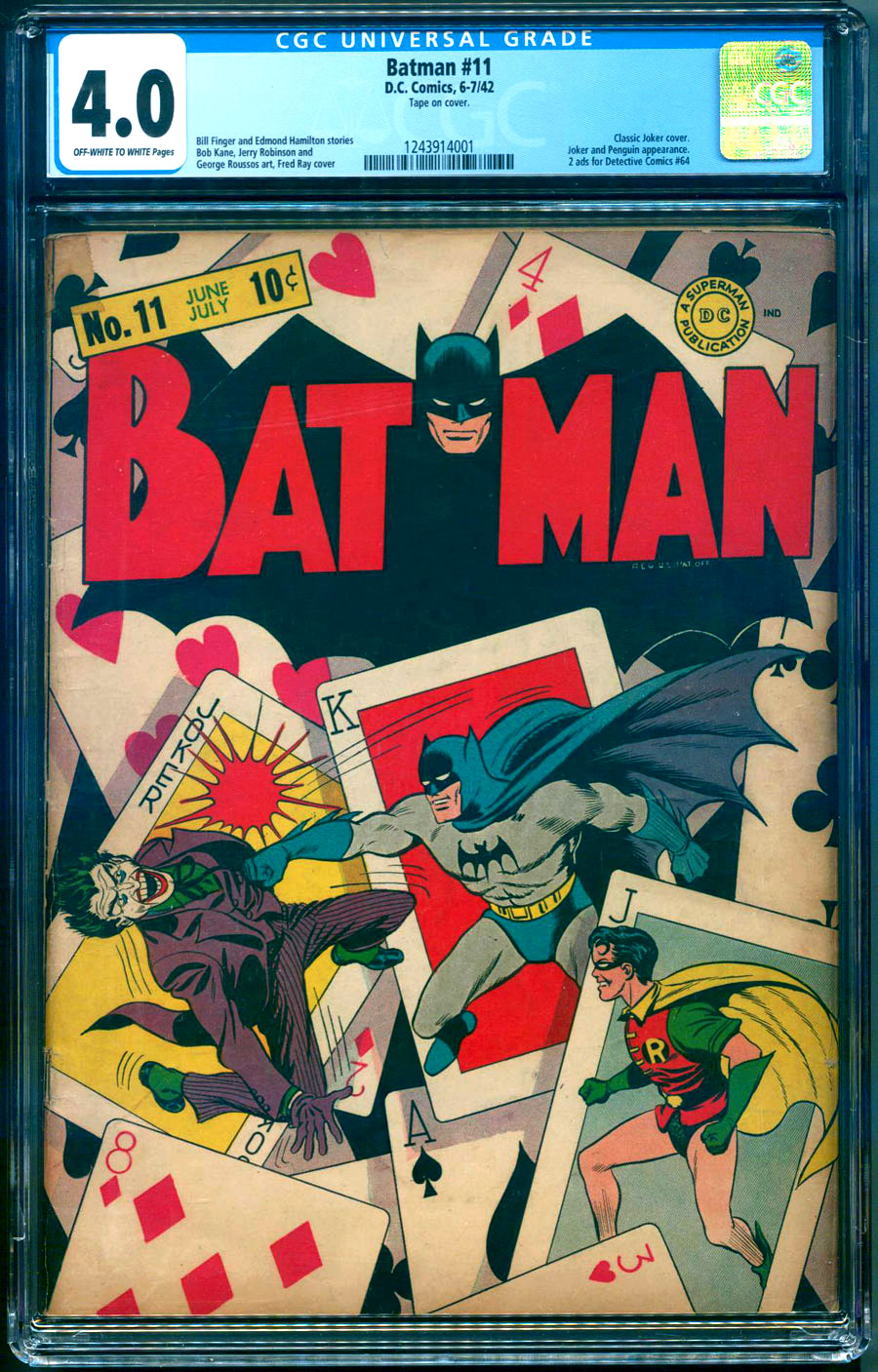 Watch
ow/white pgs; tp on cvr
classic Fred Ray Joker cover; Penguin app.Joker covers always bring a premium at auction and this cover is a perfect example why. With Batman as the King, Robin as the Jack, and the Joker as, who else, the Joker, Fred Ray's fabulous design was an instant classic. As was the style of the day, someone usually got punched in the jaw and nothing's better than Joker getting a good socking from Batman! The Penguin makes a fowl appearance as well. Art by creator Bob Kane and Jerry Robinson.


Don t let the grade fool you! This 4.0 commands the presence of a much higher grade going by the bright, clean, and straight edged appearance and light pages, making it quite the steal. One of the more striking covers of the early Batman runs.
Artists Information