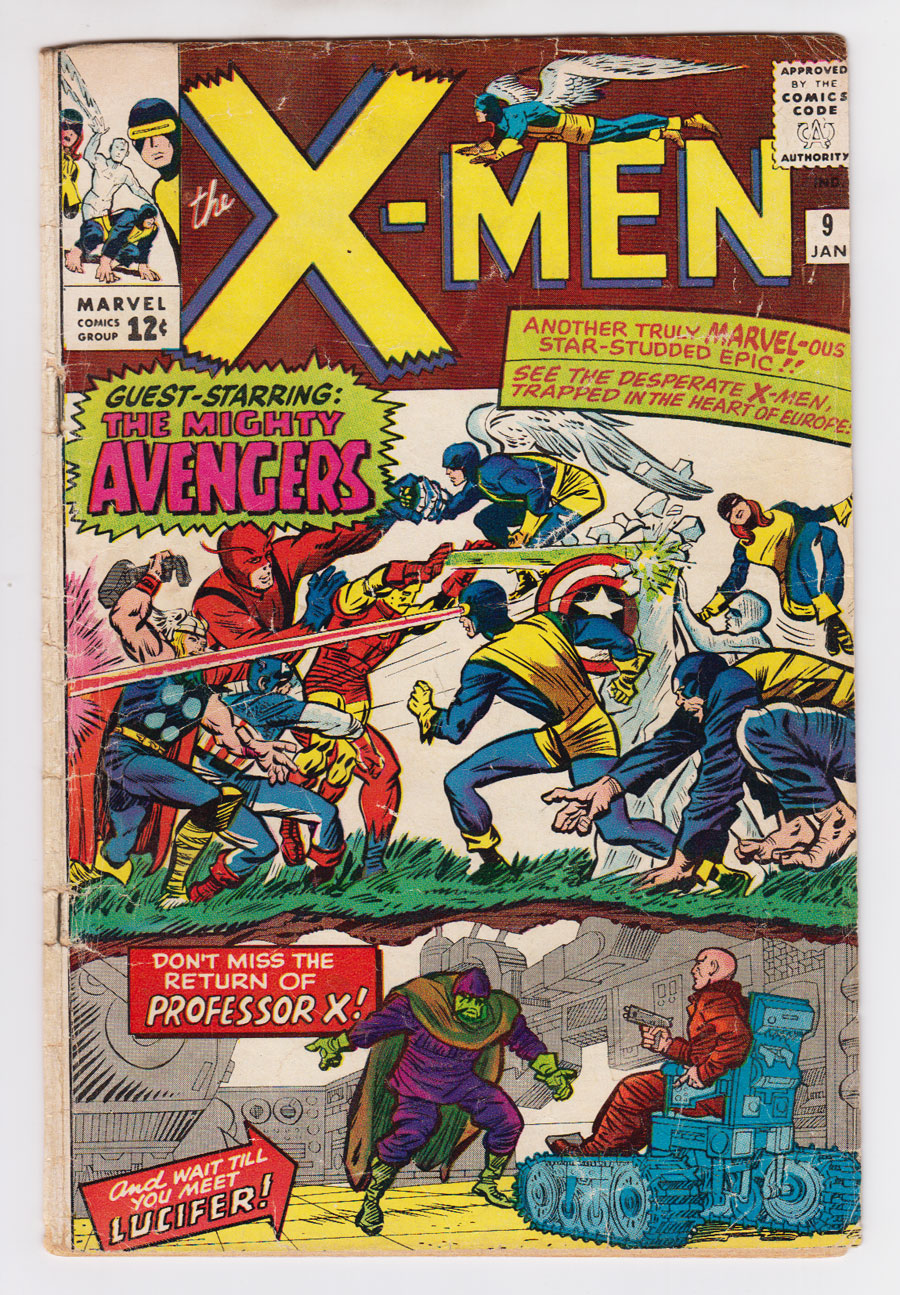 $70.00
Highest Offer
2
Offers
Offer Confirmation
You are about to submit an offer of . If accepted, you are legally obligated to purchase the book. Are you sure you want to continue?
Buy Confirmation
You are about to buy this item for , and will be legally obligated under the terms of our User Agreement to pay for it in a timely fashion. Continue?
PUBLISHER: Marvel
COMMENTS: Kirby cover/art; 1st meeting X-Men & Avengers (movie announced)
Read Description ▼
Sell One Of These Inquire About This

Watch
Kirby cover/art; 1st meeting X-Men & Avengers (movie announced)It has been leaked thet Disney has an X-Men v Avengers movie slated sometime in the future, giving this issue a lot of extra importance and value. Tricked into battling one another by the nefarious Lucifer, the world's greatest superhero team duke it out with the uncanny mutants, after resolving the confusion it is revealed that Lucifer is the one responsible for Charles Xavier's injuries that have confined him to a wheelchair. Illustrated by Jack Kirby and inked by Chic Stone, this is another important early X-Men issue.