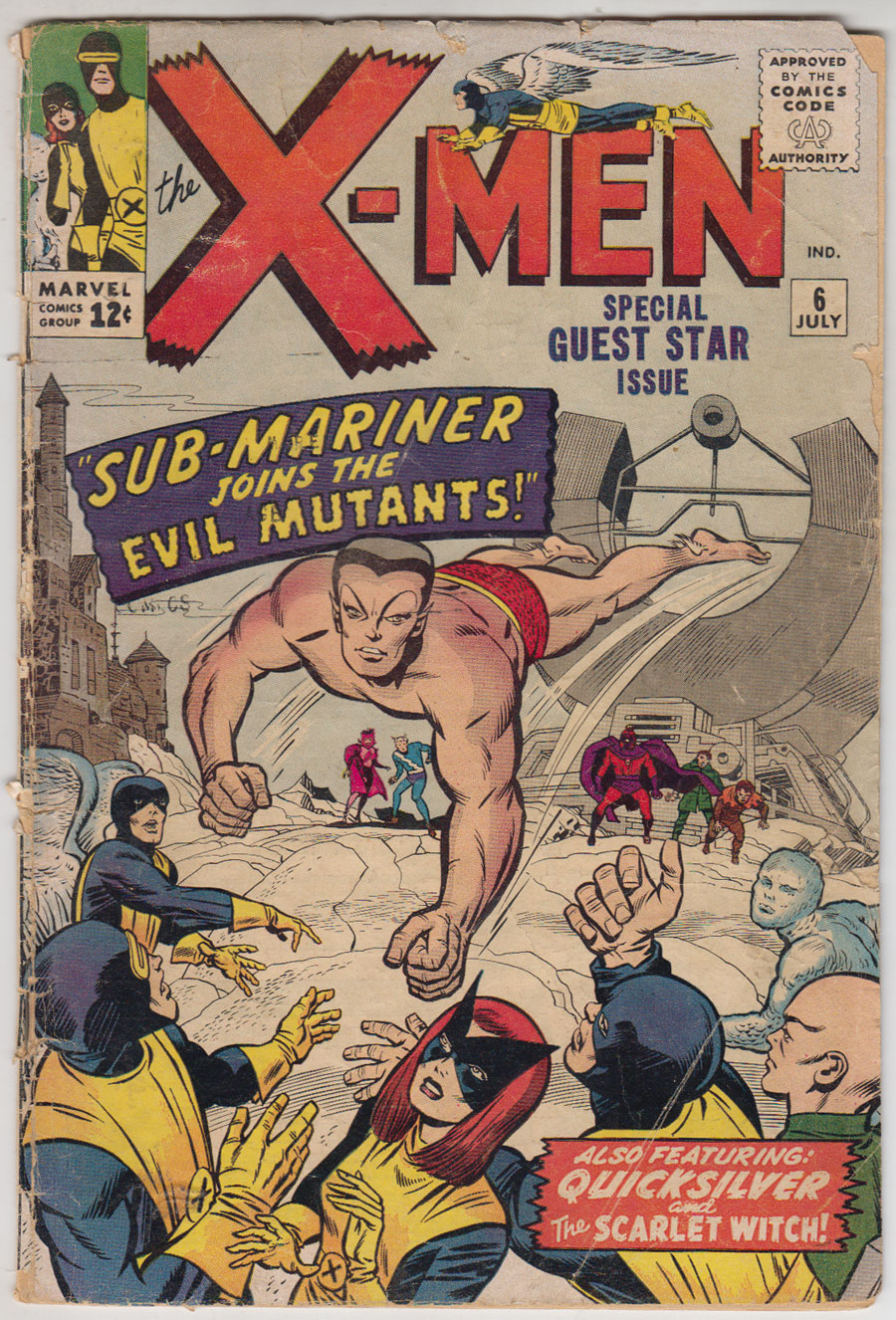 $40.00
Highest Offer
1
Offers
Offer Confirmation
You are about to submit an offer of . If accepted, you are legally obligated to purchase the book. Are you sure you want to continue?
Buy Confirmation
You are about to buy this item for , and will be legally obligated under the terms of our User Agreement to pay for it in a timely fashion. Continue?
PUBLISHER: Marvel
COMMENTS: one non-story page removed
Kirby cvr/art; Sub-Mariner cover/story (7/64)
Read Description ▼
Sell One Of These Inquire About This

Watch
one non-story page removed
Kirby cvr/art; Sub-Mariner cover/story (7/64)Along with Batman, Sub-Mariner was definitely one of the very first comic characters who could be referred to as an antihero. During the Golden Age, Subbie would wreak havoc as often as he would save the day, battling the Human Torch and Nazis with the same amount of intensity, as Namor’s true allegiance was to the undersea kingdom of Atlantis, and not with the land dwellers he despised so fervently. When the aquatic Avenger returned in the Silver Age, his loyalties were still largely ambiguous, Stan Lee plugging him into the Fantastic Four, likely to hedge his bets on his new creations by linking them to Timely’s past successes, and again using him here to increase interest in the X-Men. By teaming Sub-Mariner up with the Brotherhood of Evil Mutants, Marvel could at once help the continuing resuscitation of one of their beloved classic characters while also building up the brand of their newest inventions. It was a win-win situation, and, as we now know, the move paid off in spades.