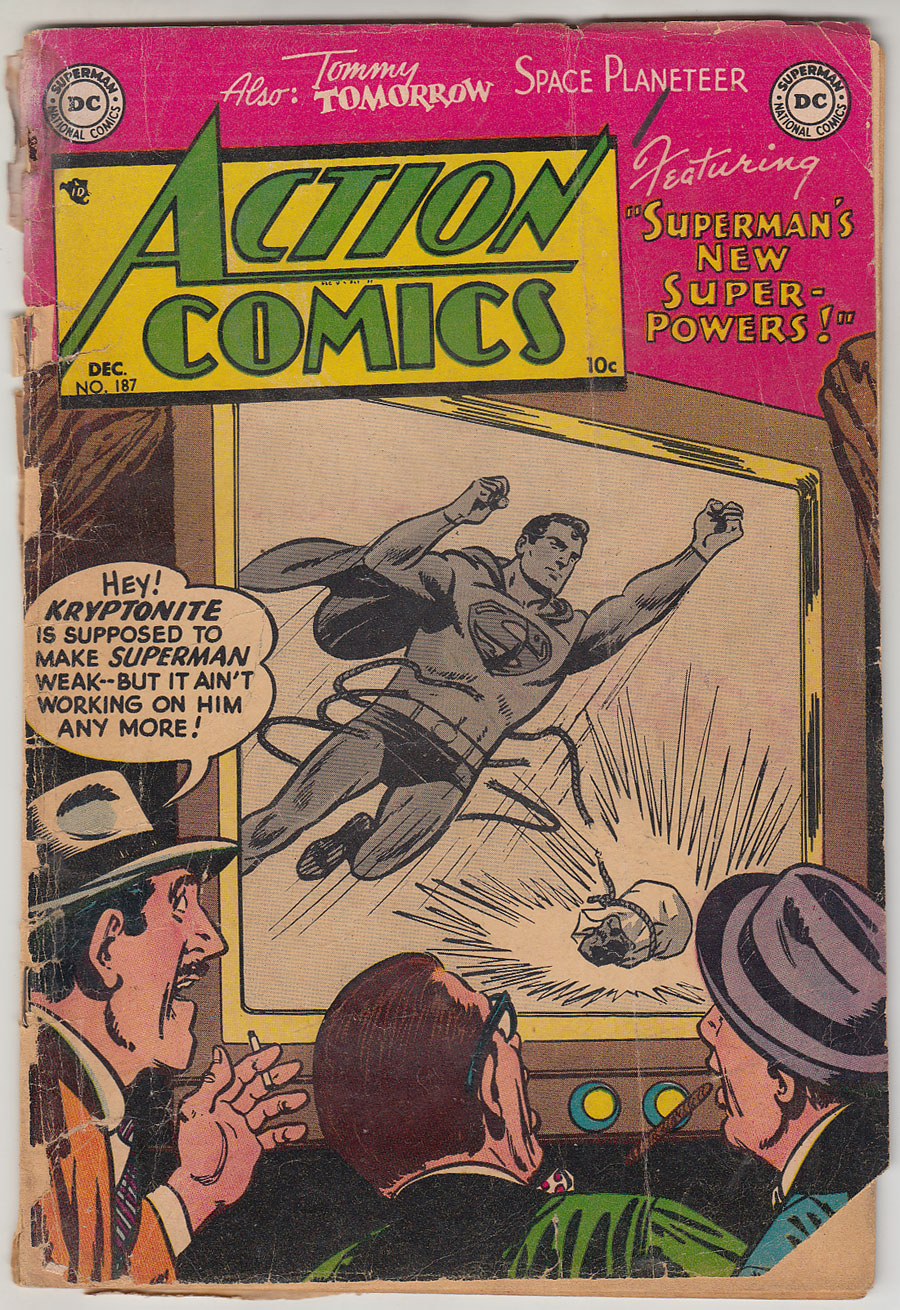 $25
Sold For
10
Bids
This auction has ended.
PUBLISHER: DC
COMMENTS: cvr dtchd; spn of cvr completely splt; lg tr bc
Wayne Boring-a
Read Description ▼
Sell One Of These Inquire About This