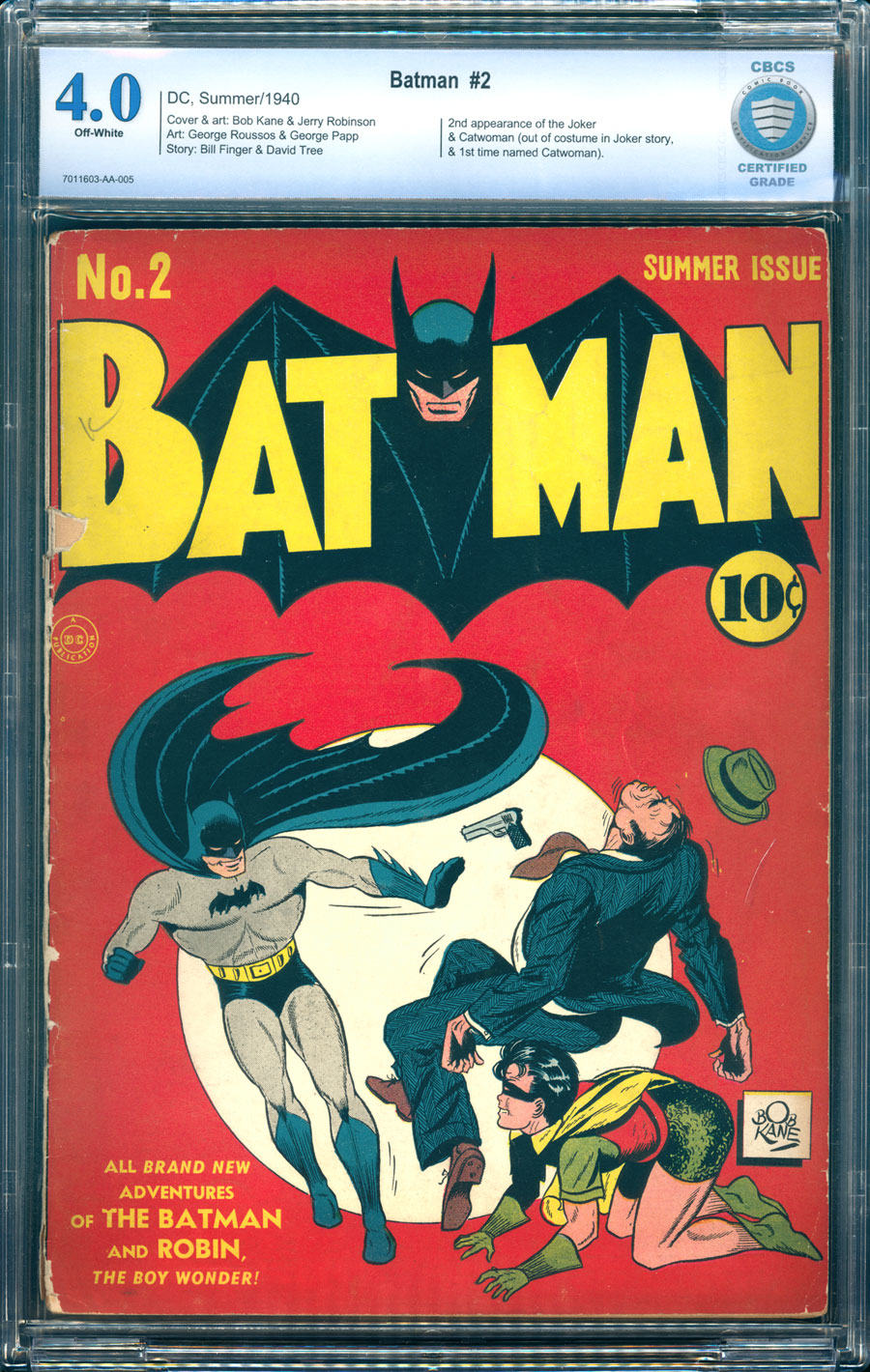 Watch
off white pgs
2nd app. Joker, 2nd app. Catwoman; classic Joker splash pageBy the second issue of Batman the transformation of the character and franchise from dark, brooding, mystery of the night to cheerful (if bizarre) puncher of bad persons was complete. Even the backgrounds of these covers mark a decisive change from the pre-Robin era: from dense, detailed settings full of menace to bright, to eye-catching color washes meant to pry coins from the pockets of precocious boys. Despite the flattening of the character's idiosyncrasies, there was also no denying the inventiveness and joy of these classic-era tales, with Kane's ghost artists -fine craftsmen all- filling pages and pages with deliriously imaginative locales, perfectly craggy thug faces, and no end of action and mayhem.

This VG copy of Batman #2 has a bright red background, which highlights the juvenile prank taking place in the center of the cover, as luck would have it, Batman, Robin, and their victim have avoided any of the nicks and dings on this iconic cover. The Dynamic Duo's colors are well-defined, as is the detailed pattern on the gangster's suit, a nifty copy of a hard-to-find GA classic.