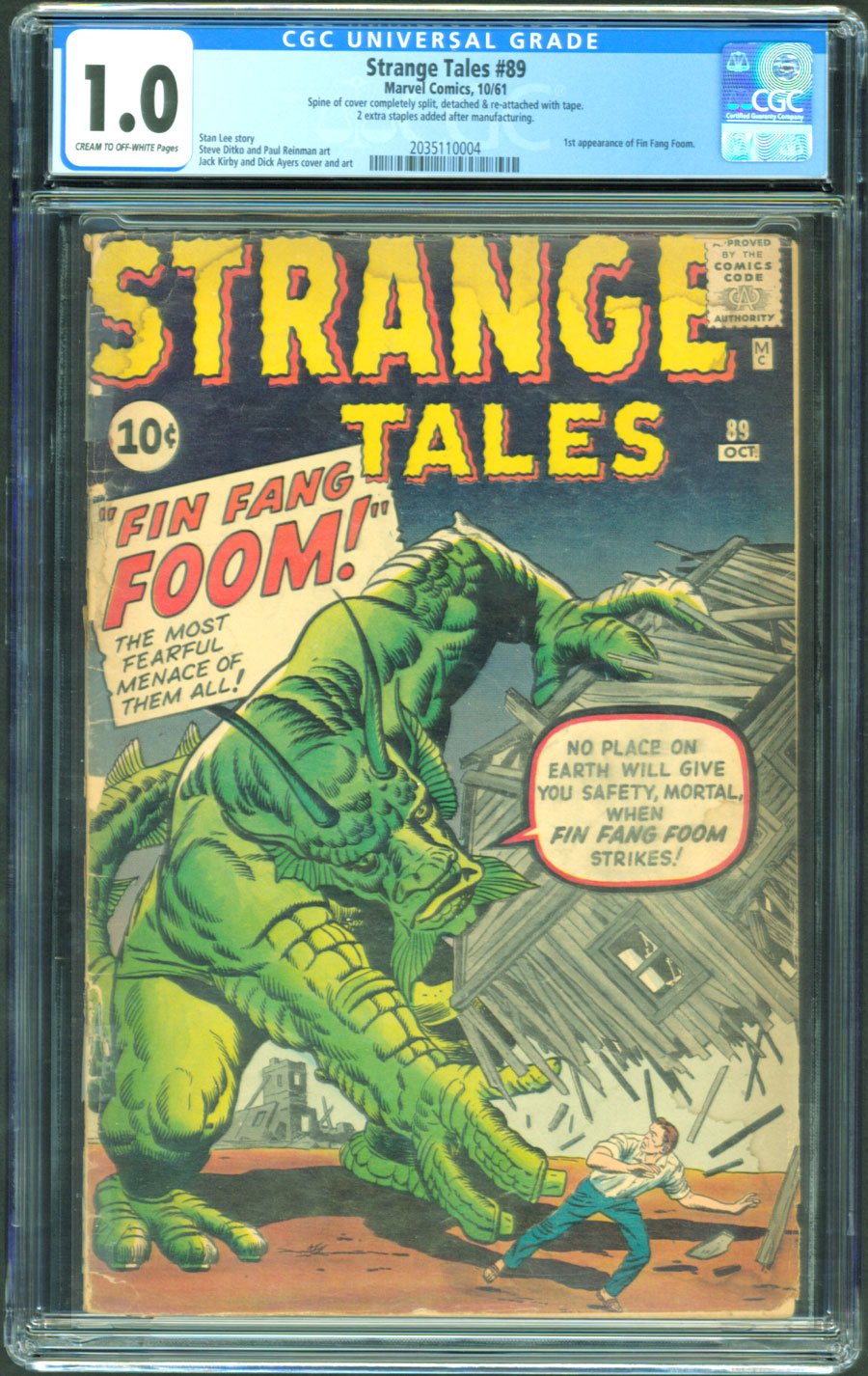 Watch
crm/ow pgs; spine of cover completely split & re-attached with tape
Kirby/Ditko cvr/art; 1st app. of Fin Fang Foom (10/61)Based on the name of an obscure British musical named Chu Chin Chow, Stan Lee adapted the mysterious sounding words to create the monstrous Fin Fang Foom. One of the few creations by Lee/Kirby from their absurdly named creature period that pre-dated the Marvel Age at the very beginning of the Silver Age that would last well into the modern era. Generally regarded as throwaway sensationalist sci-fi/horror one-offs, these early collaborations by Lee and Kirby would build the foundation that would support the Mighty Marvel empire which would quickly engulf popular culture starting with the launch of the Fantastic Four. But there was something enticing about this oddball Fin Fang Foom character, perhaps the memorable name and the fearsome dragonian appearance clicked and gave the creation staying power. But whatever the reason, Fin Fang Foom remains a cultish fan favorite and holds a special place in the hearts of Marvelites everywhere. Picking up a copy of his first appearance may be a smart move, as you never know who will pop up in a future MCU or Disney+ property. Our bet is that FFF is a character that is ripe for the picking.
Artists Information