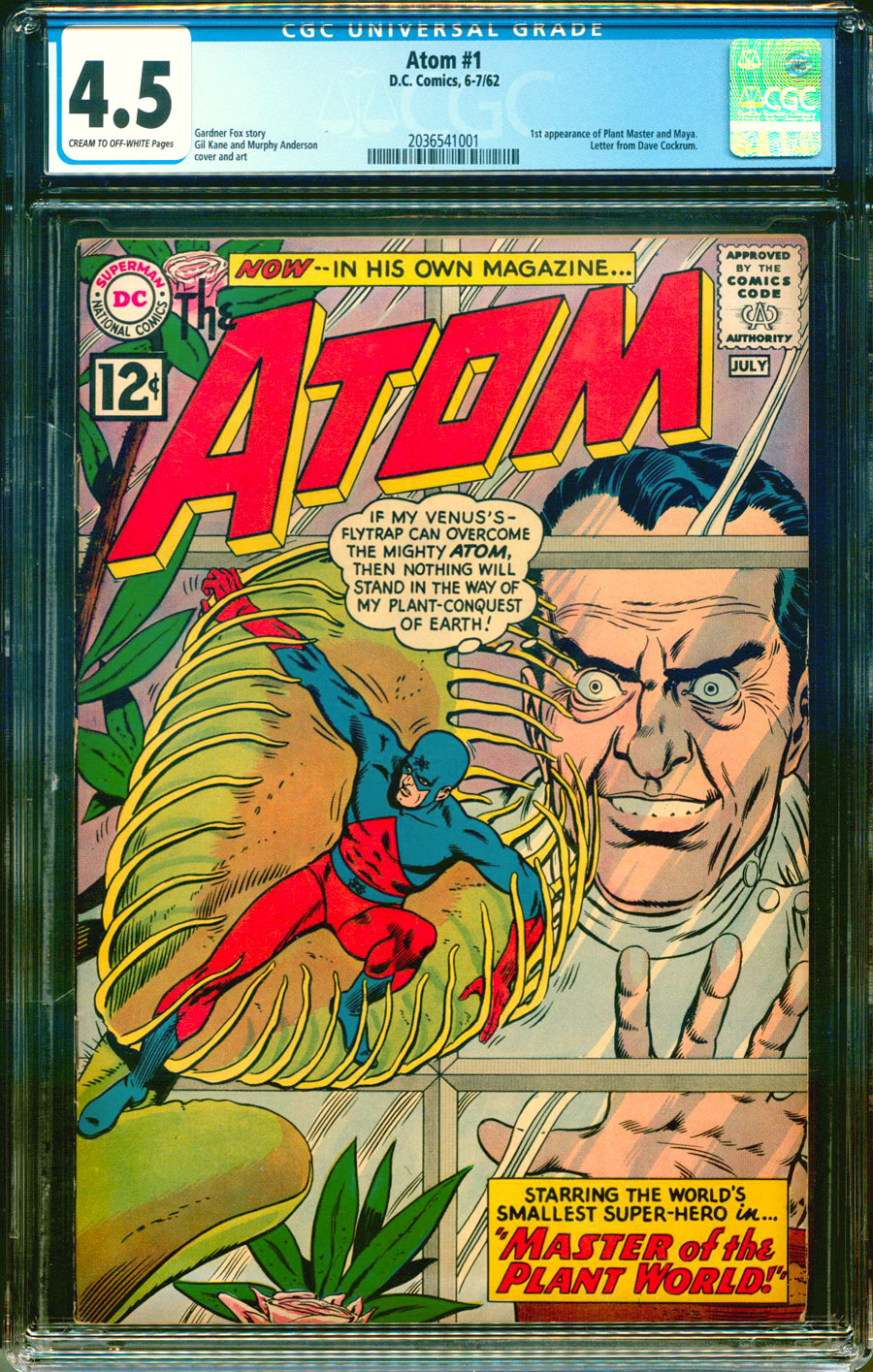 Watch
crm/ow pgs
Kane cvr/artDC's success with reintroducing Golden Age characters in the pages of Showcase and giving the heroes a makeover for the Silver Age proved to be such a smash that the practice is generally recognized as the stroke of genius that saved the comic industry from falling apart. The rebirth of the Flash and Green Lantern proved to be so popular that the publisher would continue the hot streak by bringing back the Atom, the diminutive hero that was a bit of a hit back in the golden days.

In Atom #1 Ray Palmer takes on the Plant Master, who uses mutated, intelligent plants in a plot to take over the world. After being imprisoned in a Venus flytrap, Atom teams up with the leader of a group of Dryads that have been enslaved by Plant Master to take down the floral fiend.
Artist Information