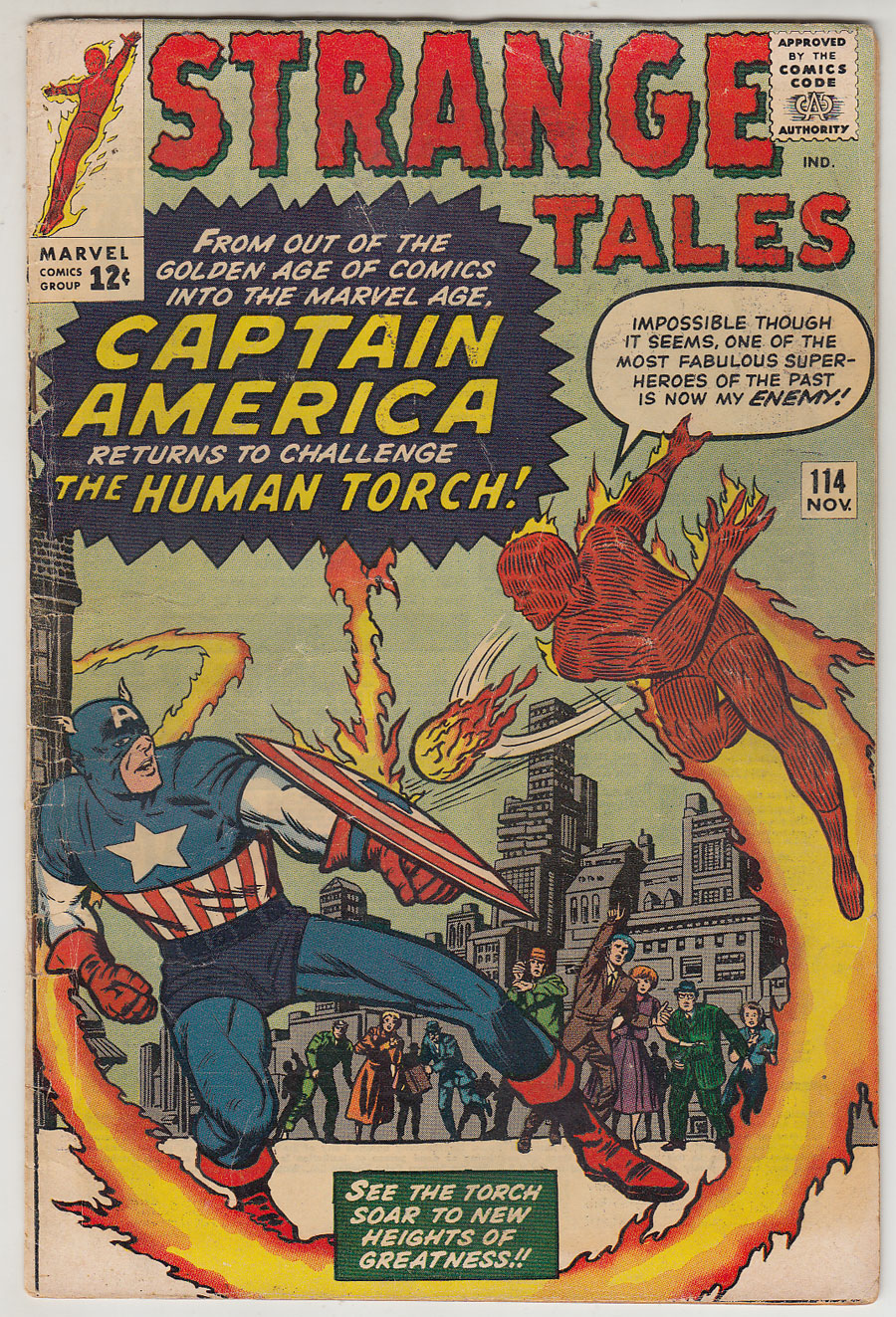 --
Accepting Offers
--
Offers
Offer Confirmation
You are about to submit an offer of . If accepted, you are legally obligated to purchase the book. Are you sure you want to continue?
Buy Confirmation
You are about to buy this item for , and will be legally obligated under the terms of our User Agreement to pay for it in a timely fashion. Continue?
PUBLISHER: Marvel
COMMENTS: 1st Captain America since Golden Age (spoiler: it's the Acrobat in disguise); 3rd Dr. Strange
Read Description ▼
Sell One Of These Inquire About This

Watch
1st Captain America since Golden Age (spoiler: it's the Acrobat in disguise); 3rd Dr. StrangeIn a clever bait-and-switch tactic used to gauge interest in the return of World War II's personification of American might, Stan Lee called on Jack Kirby to cagily revive Captain America, without actually committing to the return of the hero, in case audiences rejected the potentially lucrative character. Placing the modern Torch's nemesis the Acrobat into the familiar red-white-and-blue costume, Lee and Kirby could have their cake and eat it too, teasing Golden Age fans with a cover image that could have been used for a late-period Marvel Mystery issue, while still providing younger readers their young new hero and a twist that assured them that maybe the old guard wouldn't have to come back after all. Lee needn't have worried -- readers went nuts for the fake Cap, making the return of the real Cap virtually assured, and paving the way for the legendary Avengers #4. Also of note is the idea that Captain America would be reduced to making appearances at car shows -- shades of the "celebrity zoos" that now anchor nearly every comic convention!
Artists Information