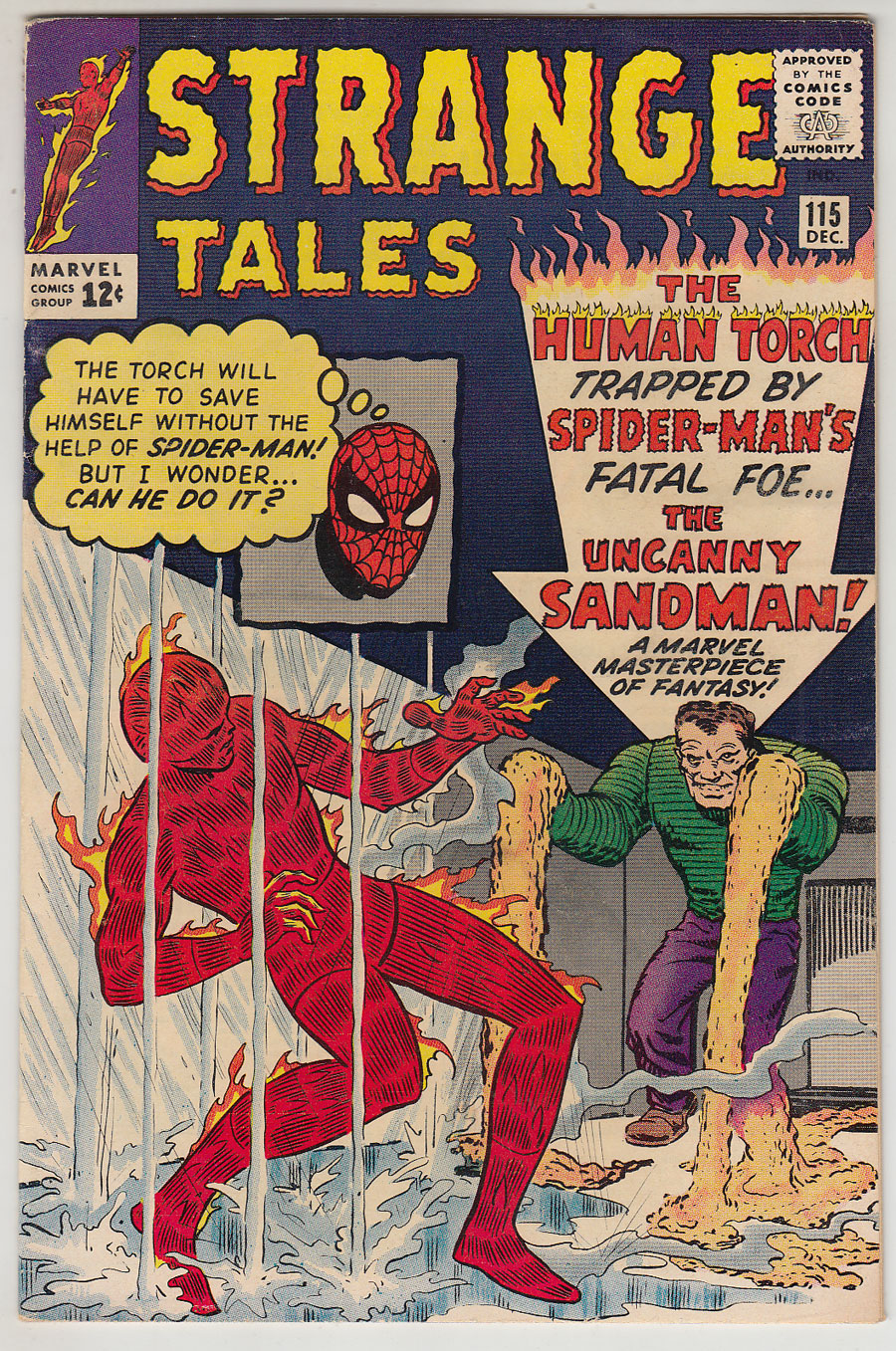 Watch
Kirby/Ditko cvr; origin Dr. Strange; 2nd app. Sandman, early Spiderman x-overThe cover of Strange Tales #115 features a typically extraordinary Steve Ditko illustration, which neatly summarizes the Human Torch v. Sandman yarn that is featured first in the issue. Readers got a story that boasted a cameo by Spider-Man, as well as a Torch-as-Spidey plot twist. But the real treasure of this book may be the Dr. Strange origin tucked into the back pages. Although the Sorcerer Supreme had appeared in the previous four issues of Strange Tales, this is the origin story of the immortal creation, providing the direct inspiration for the highly successful "Dr. Strange" feature film starring Benedict Cumberbatch ("Dr. Strange in the Multiverse of Madness" due out May 2021). As a core character of Marvel Cinematic Universe lore, there can be no mistaking the value and importance of this classic Silver Age comic.
Artists Information