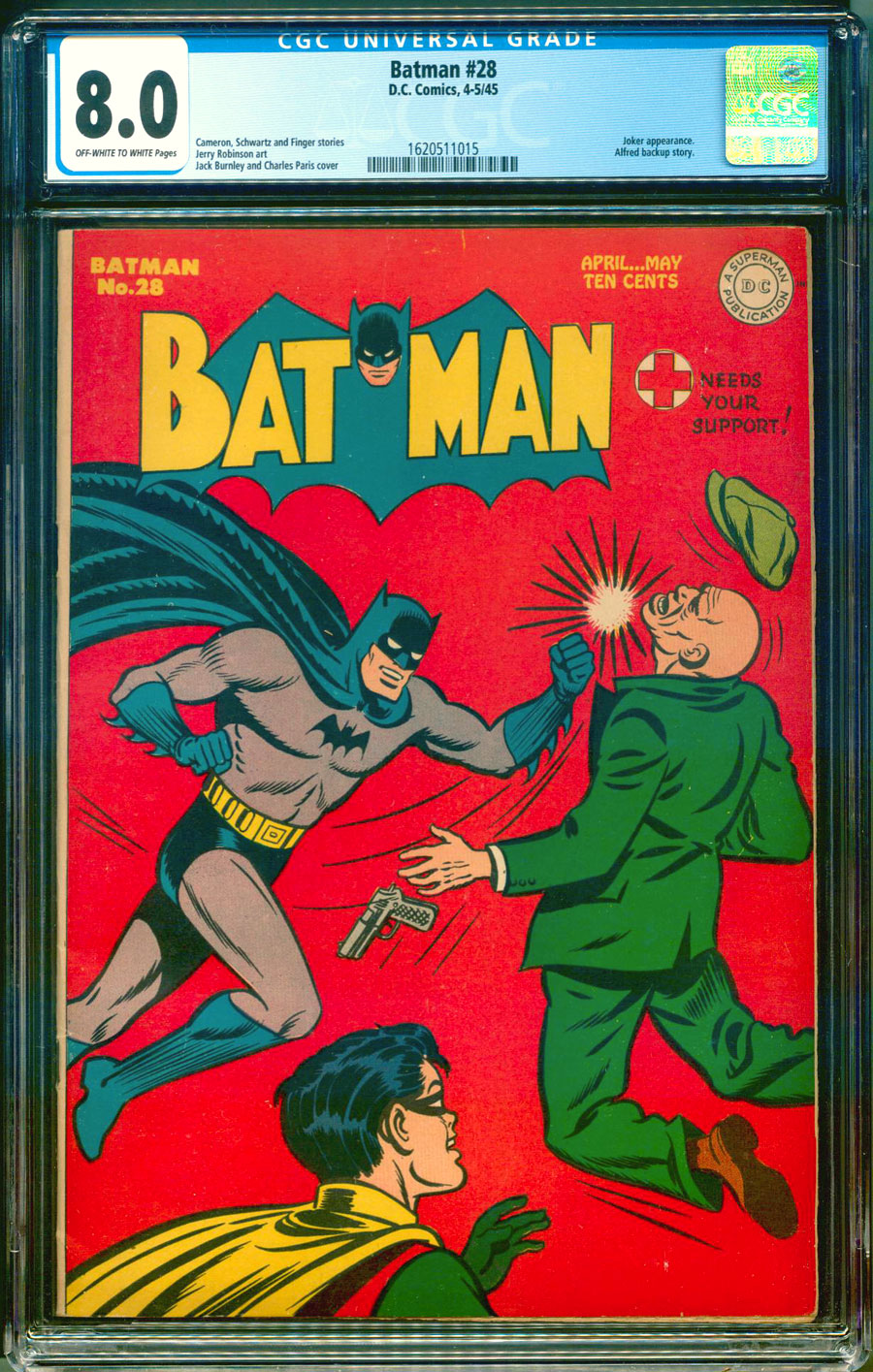 Watch
ow/white pgs
Jerry Robinson art; Joker app., Alfred storyIt seems fairly obvious that, along with the cover to Batman #3, this cover was taken as inspiration for the opening credits of the cult smash 60's Batman TV series. A sock to the jaw as memorable as Captain America Comics #1, this issue is an undeniable favorite of Batfans everywhere. The book contains four tales of Gotham action, including a Joker story and an interesting scenario where Batman tries to help reformed criminals find work after they pay their price to society.
Artist Information