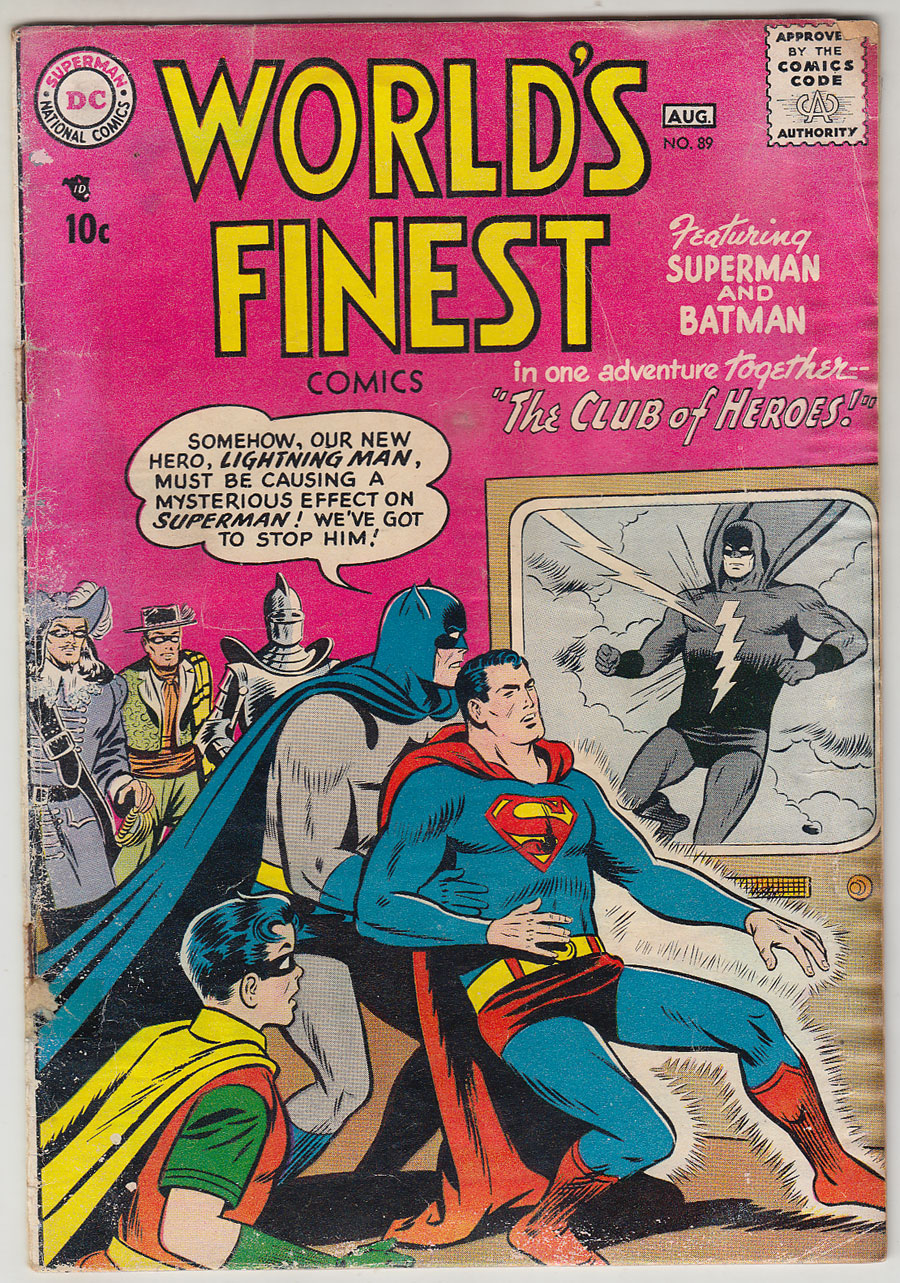 --
Accepting Offers
--
Offers
Offer Confirmation
You are about to submit an offer of . If accepted, you are legally obligated to purchase the book. Are you sure you want to continue?
Buy Confirmation
You are about to buy this item for , and will be legally obligated under the terms of our User Agreement to pay for it in a timely fashion. Continue?
PUBLISHER: DC
COMMENTS: 2nd Batmen of All Nations
Read Description ▼
Sell One Of These Inquire About This

Watch
2nd Batmen of All NationsCover pencils by Curt Swan, inks by Stan Kaye. The Club of Heroes starring Superman and Batman, script by Edmond Hamilton, pencils by Dick Sprang, inks by Stan Kaye; John Mayhew brings the Club of Heroes together and will give them a headquarters, but they must select a chairman for the club; The Heroes decide that the hero who performs the most good deeds will become chairman. Binky Shows "How to Make New Friends!" public service announcement starring Binky, script by Jack Schiff, art by Bob Oksner. The Legend of the Keeper of the Winds starring The Arrow Maker, art by Jim McArdle. Video Laffs humor half-pager by Harry Lampert.
Artist Information