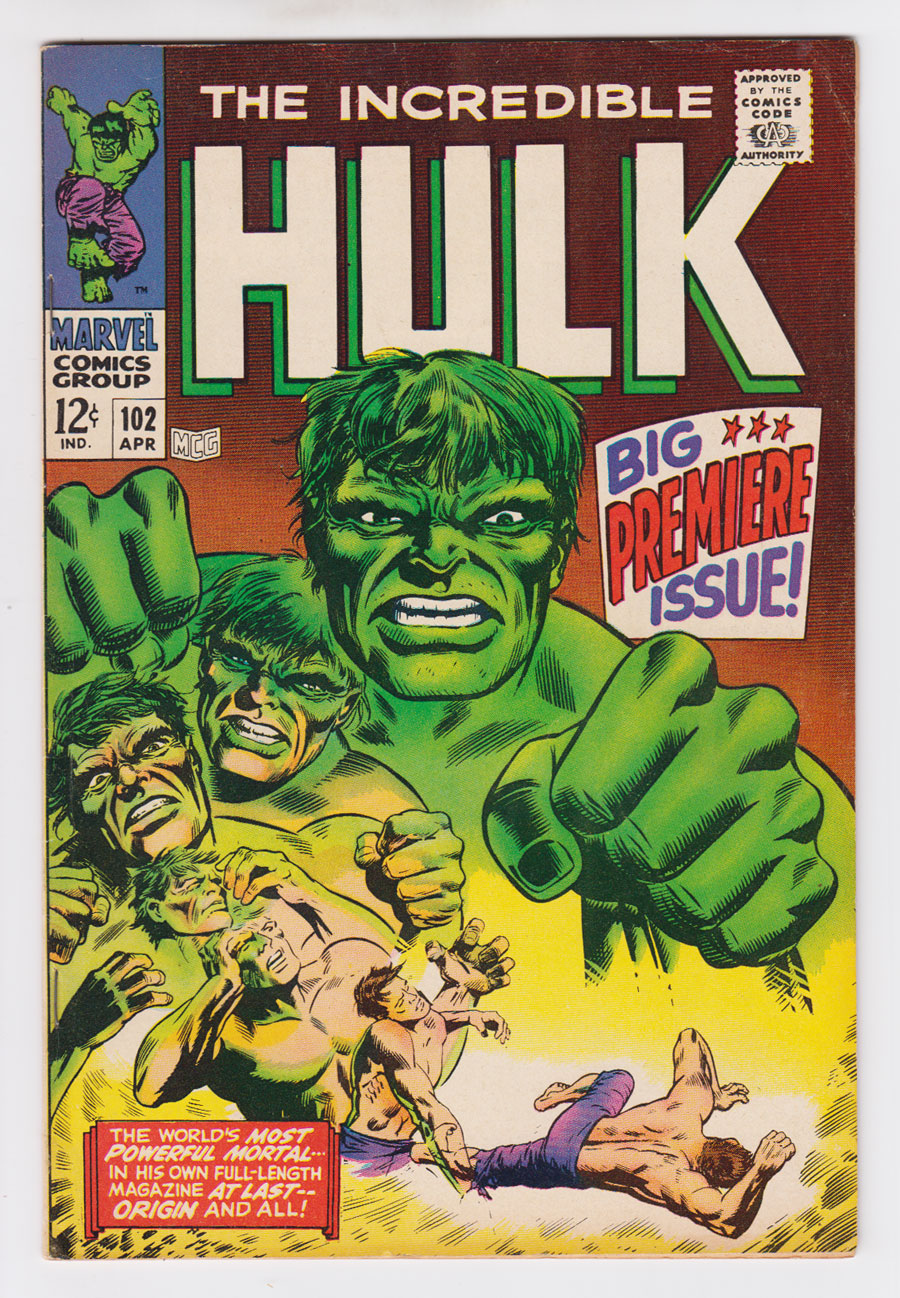 --
Accepting Offers
--
Offers
Offer Confirmation
You are about to submit an offer of . If accepted, you are legally obligated to purchase the book. Are you sure you want to continue?
Buy Confirmation
You are about to buy this item for , and will be legally obligated under the terms of our User Agreement to pay for it in a timely fashion. Continue?
PUBLISHER: Marvel
COMMENTS: ow/white pgs
first issue (continued from Tales to Astonish #101); origin retold
Read Description ▼
Sell One Of These Inquire About This

Watch
ow/white pgs
first issue (continued from Tales to Astonish #101); origin retoldFormerly Tales to Astonish. Cover pencils by Marie Severin, inks by Frank Giacoia. This World Not His Own!, script by Gary Friedrich, pencils by Marie Severin, inks by George Tuska and Syd Shores; Bruce Banner is falling down a bottomless pit back to Midgard when the Enchantress plucks him back to Asgard out of curiosity; The Warriors Three consult Oldar the Oracle and find out the origins of the Hulk; Captured by Enchantress and Executioner, Banner transforms into the Hulk which enrages the Executioner who has fought the jade giant before (back in TTA #77); Leaving the Hulk behind, the evil duo lead an army of trolls against Asgard and the Hulk arrives on the scene just in time to lend a hand in the victory of Odin's forces. House ad for Not Brand Echh #7 and Daredevil #38.
Artists Information