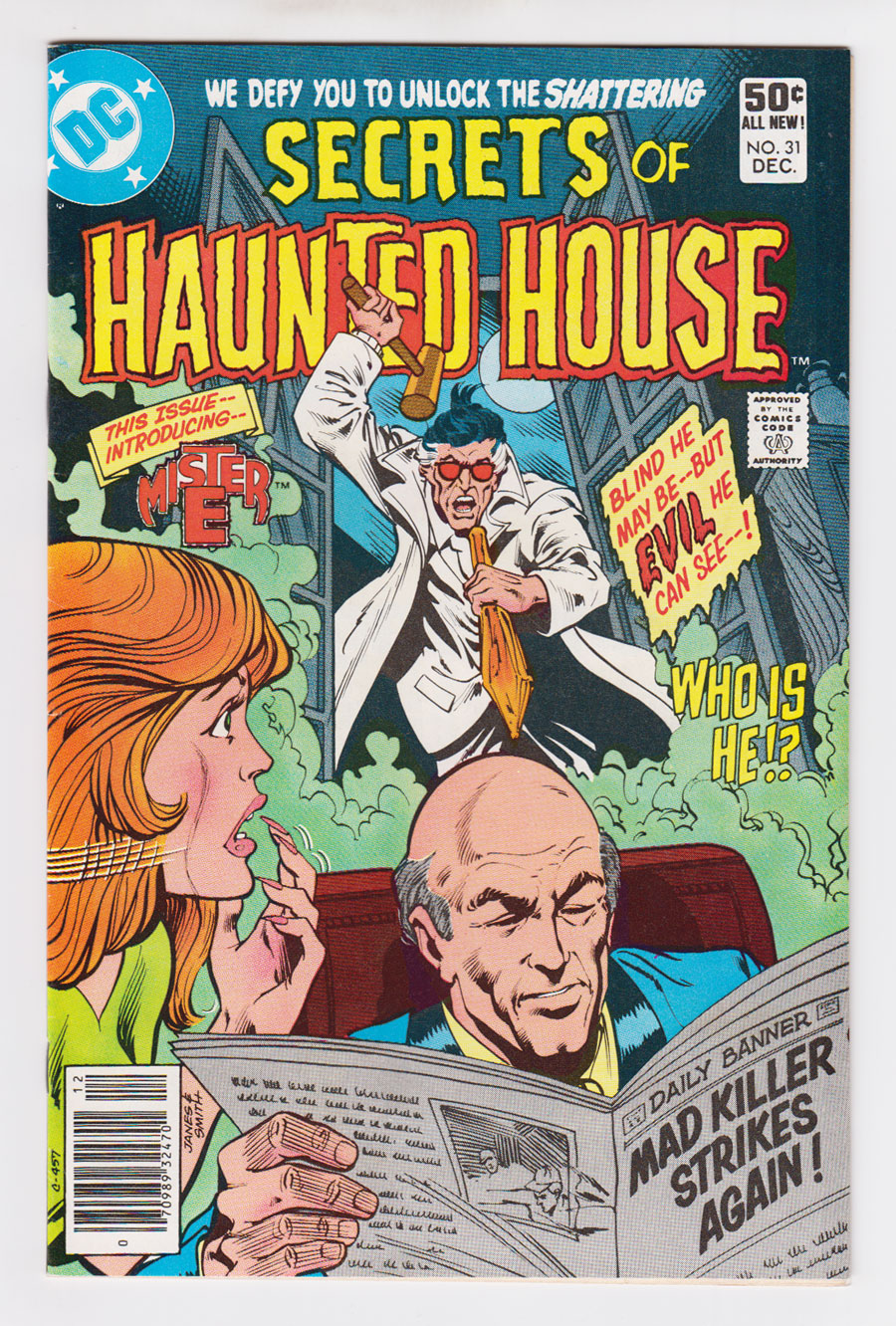 --
Accepting Offers
--
Offers
Offer Confirmation
You are about to submit an offer of . If accepted, you are legally obligated to purchase the book. Are you sure you want to continue?
Buy Confirmation
You are about to buy this item for , and will be legally obligated under the terms of our User Agreement to pay for it in a timely fashion. Continue?
PUBLISHER: DC
COMMENTS: white pgs
Mr. E begins
Read Description ▼
Sell One Of These Inquire About This

Bob Smith is an American comic book artist, working almost exclusively for DC, inking numerous titles, including Black Canary, Detective Comics, Green Lantern, The Huntress, Secrets of Haunted House, Star Trek, and Who's Who: The Definitive Directory of the DC Universe, while also working on DC style guides and other items for Joe Orlando's Special Projects Department. He has also inked numerous titles for Archie Comics.

Kim DeMulder is an American comic book inker and professional illustrator. DeMulder started workig for DC Comics in the very early 80s on titles like World's Finest and Batman. A couple of years later he started working for Marvel Comics and he continued his career working for various comic book publishers until the late 90s, when he moved away from the comic book industry and became an independent artist.

Dan Spiegle was an American comics artist and cartoonist best known for comics based on movie and television adaptations across a variety of companies including Dell Comics, DC Comics, and Marvel Comics.