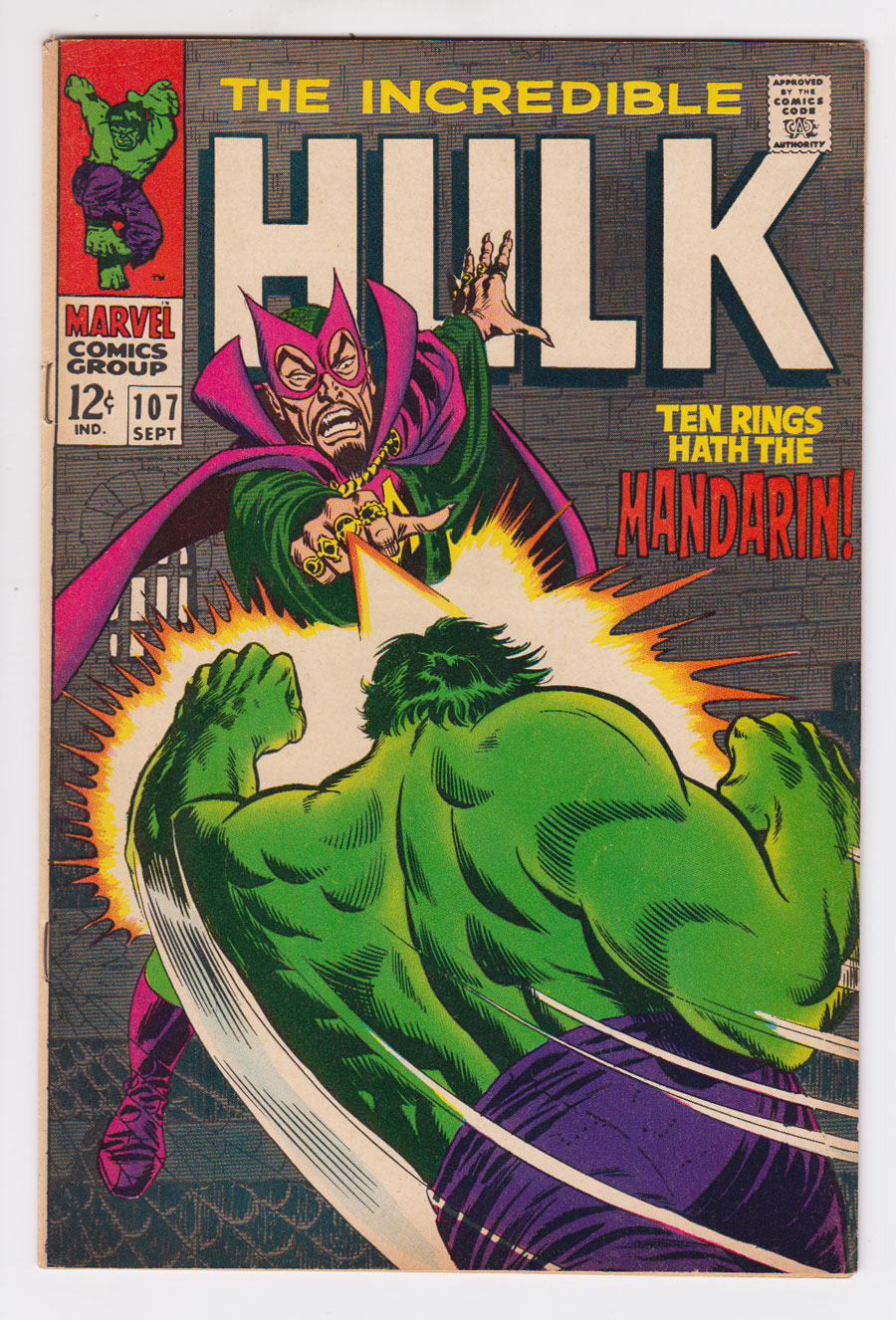 --
Accepting Offers
--
Offers
Offer Confirmation
You are about to submit an offer of . If accepted, you are legally obligated to purchase the book. Are you sure you want to continue?
Buy Confirmation
You are about to buy this item for , and will be legally obligated under the terms of our User Agreement to pay for it in a timely fashion. Continue?
PUBLISHER: Marvel
COMMENTS: Herb Trimpe art; Hulk vs. Mandarin, Nick Fury cameo
Read Description ▼
Sell One Of These Inquire About This

Watch
Herb Trimpe art; Hulk vs. Mandarin, Nick Fury cameoCover pencils by Marie Severin and John Romita (Mandarin figure), inks by Frank Giacoia and John Romita (Mandarin figure). Ten Rings Hath...the Mandarin!, script by Gary Friedrich, art by Herb Trimpe; Just as Yuri and his men are about to decimate the Hulk, Nick Fury shows up to take his Russian foe down; The Mandarin zaps the Hulk to his compound and puts him through his paces to see if the jade giant would make a worthy ally in his bid to take over the world.
Artists Information