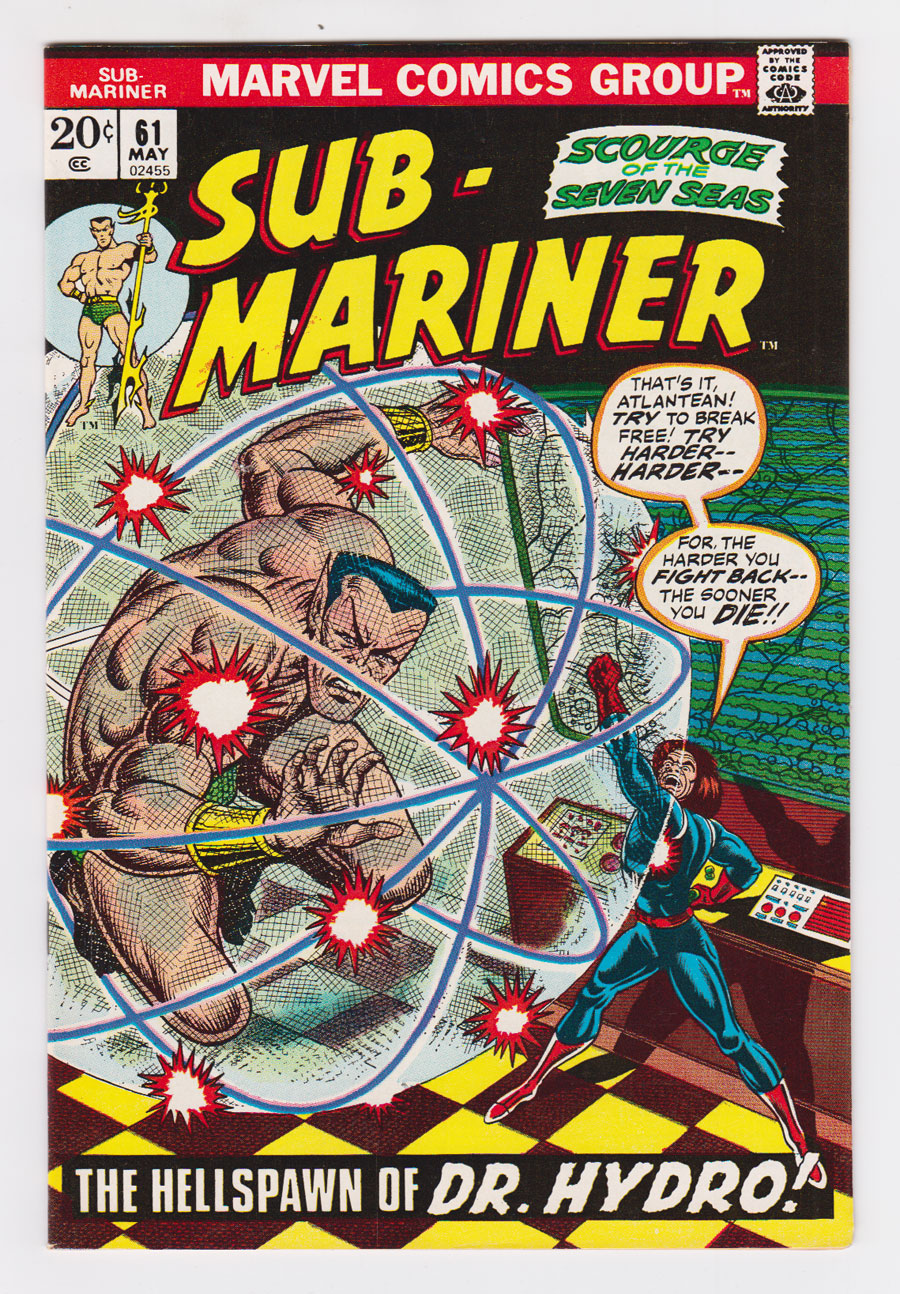 --
Accepting Offers
--
Offers
FYI there's no need to include decimal points(.).
Offer Confirmation
You are about to submit an offer of . If accepted, you are legally obligated to purchase the book. Are you sure you want to continue?
FYI there's no need to include decimal points(.).
Buy Confirmation
You are about to buy this item for , and will be legally obligated under the terms of our User Agreement to pay for it in a timely fashion. Continue?
PUBLISHER: Marvel
COMMENTS: ow/w pgs
Bill Everett's last comic book (late issues of Subbie are sleepers - buy them up now)
Read Description ▼
Sell One Of These Inquire About This

Watch
ow/w pgs
Bill Everett's last comic book (late issues of Subbie are sleepers - buy them up now)Something very sad and very special about this book. 1st 4 pages were drawn by Bill Everett. Then he went into the hospital. And that is where he died.
Artists Information