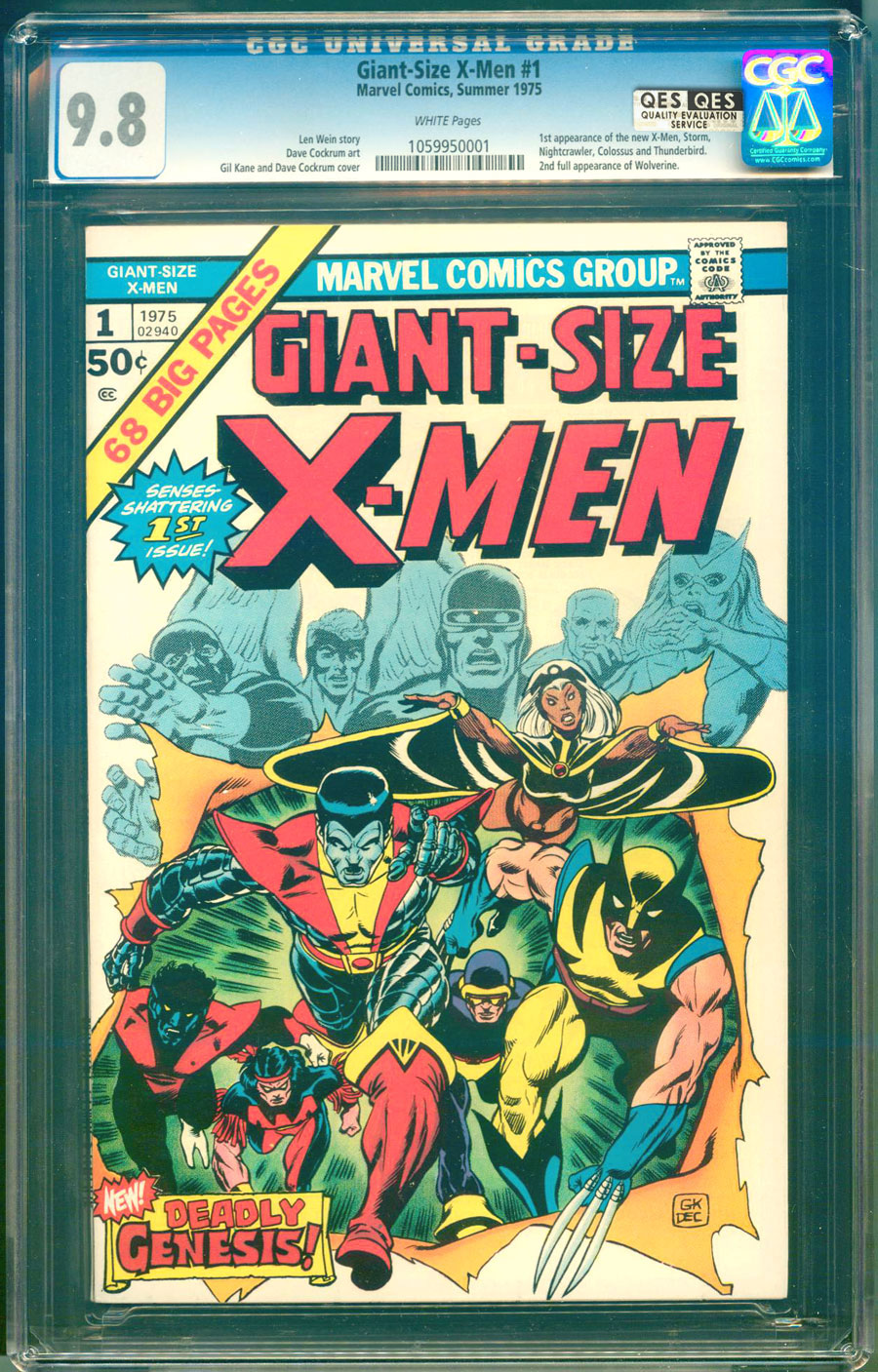 Watch
white pgs; QES Certified - Criteria met: Exceptional square-bound spine + flawless cover edges + Deep Color Strike( Red & White)
1st New X-Men; 1st Storm, Nightcrawler, Colossus, Thunderbird; Cockrum art (Summer 1975)
Key Comics Collection
Highest GradedIn the pantheon of modern superheroes, the X-Men have made their mark. 2000's "X-Men" was the first, and arguably one of the best, of what was to become a long line of cinematic blockbusters for Marvel. With that film and all of its sequels, the Uncanny X-Men have become a household name as Wolverine has cemented himself as one of the most popular heroes of all time. A revamping in 1975 by Len Wein and Dave Cockrum of the book's original lineup from the mid-60s, Giant Size X-Men #1 was the very first appearance of many of the characters we now associate with the movie franchise. Replacing most of the original characters while creating a multi-national team of superheroes, this issue renewed interest in the lagging title that continued through with X-Men #94 shortly after and spawned numerous X-titles all through the 80s, 90s, and the 2000s. To this day, the mutant team and all of their spin-offs continue to be amongst Marvel's best-selling books.