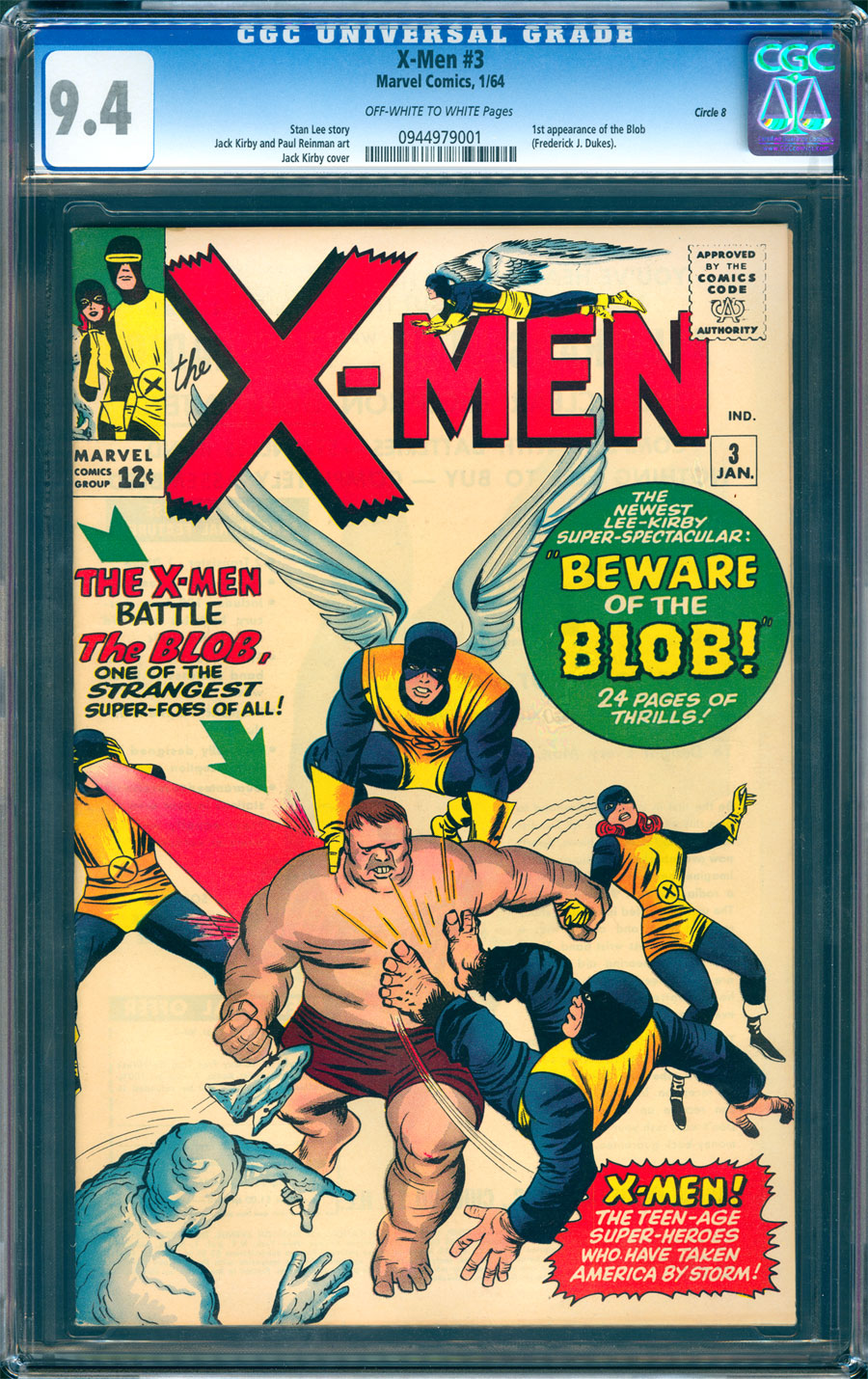 Watch
Circle 8 Copy; ow/white pgs
Jack Kirby cvr/art; 1st app. of the Blob
Key Comics CollectionOne of the more stirring aspects of the X-Men's narrative is the confusion some of the mutants face over their self-perception. Are they outcasts of society or overlords of the common man meant to subjugate the lesser species? This topic is addressed early on in the series through the personage of the Blob, a mutant discovered working in a freak show, who is invited to join Professor Xavier's team. Thinking himself superior to the young heroes, The Blob declines and enlists his carnival cronies in an effort to destroy the X-Men and take over the world. It doesn't go well for him, his mind is wiped and he ends up back at the carnival.


This X-Men #3 looks marvelous in all its 9.4 glory, the cover boasts vivid colors and sharp edges. Announcing the infamous Blob's entrance into the Marvel Universe, this copy really is dazzling.
Artist Information