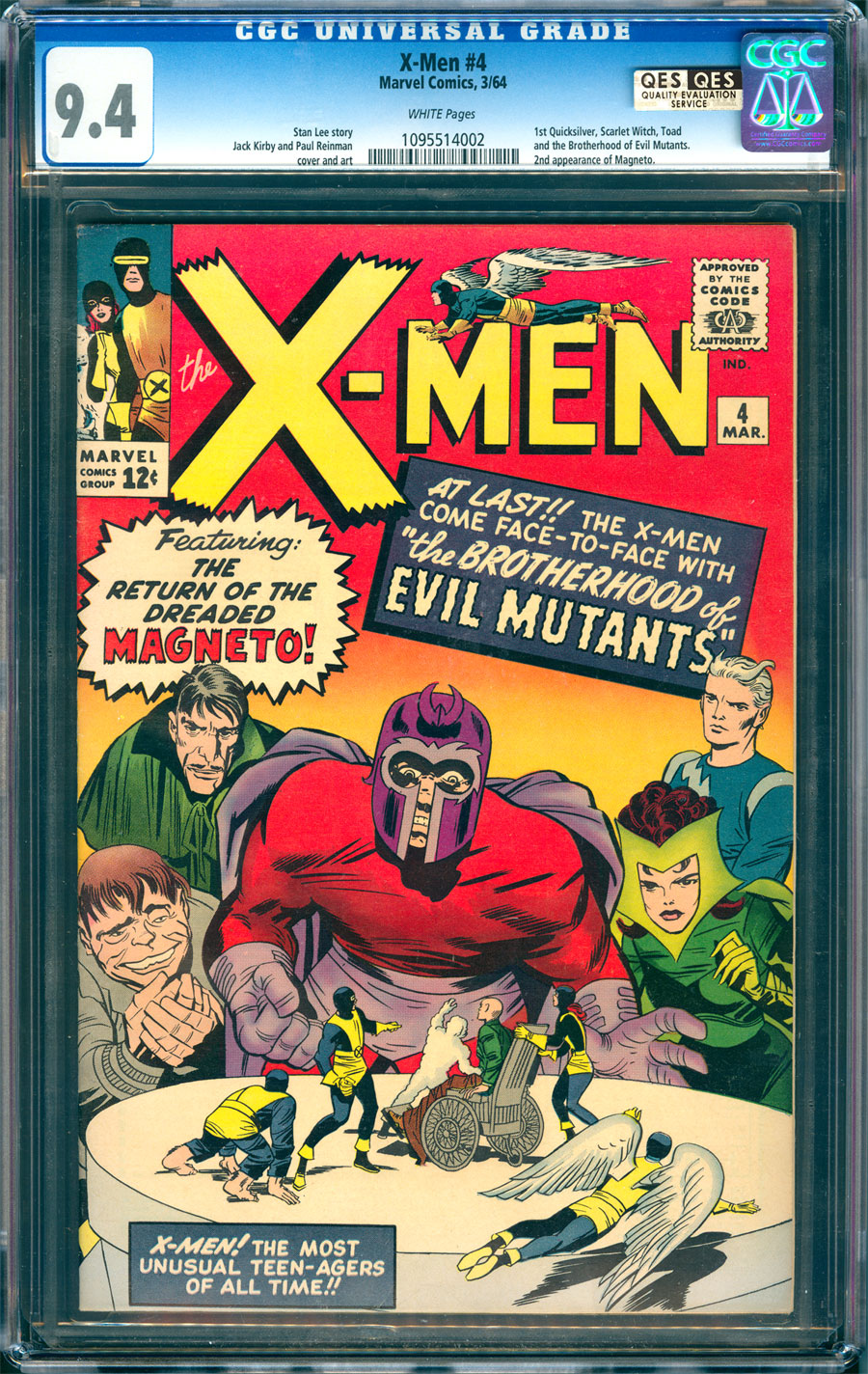 Watch
white pgs; QES Certified - Criteria met: Preferred staple placement + Flawless staple area + Deep Color Strike (Red)
Jack Kirby cvr/art; 1st app. Toad, Quicksilver, Scarlet Witch and the Brotherhood of Evil Mutants
Key Comics CollectionMagneto is back, but this time he is not alone, he has brought along some support to take on those pesky X-Men, his answer to the talented teens is the Brotherhood of Evil Mutants, comprised of Toad, Quicksilver, Scarlet Witch, and Mastermind, Magneto is ready to take on the nascent hero team in this, his second-ever appearance. Boasting a classic Jack Kirby cover, this is one of the most important books from the early days of the X-Men. Not only does it place the power-mad Magneto front and center, it also introduces a couple of characters that would go on to mega-stardom in the Marvel Universe, in comics and on film, brother and sister team Quicksilver and Scarlet Witch, who were featured not only in the MCU, but also in Fox's X-Men franchise.


This X-Men #4 is QES-certified for its flawless stapling and pure red hue. At a glorious 9.4, this near-mint copy stuns with coruscating effervescence.