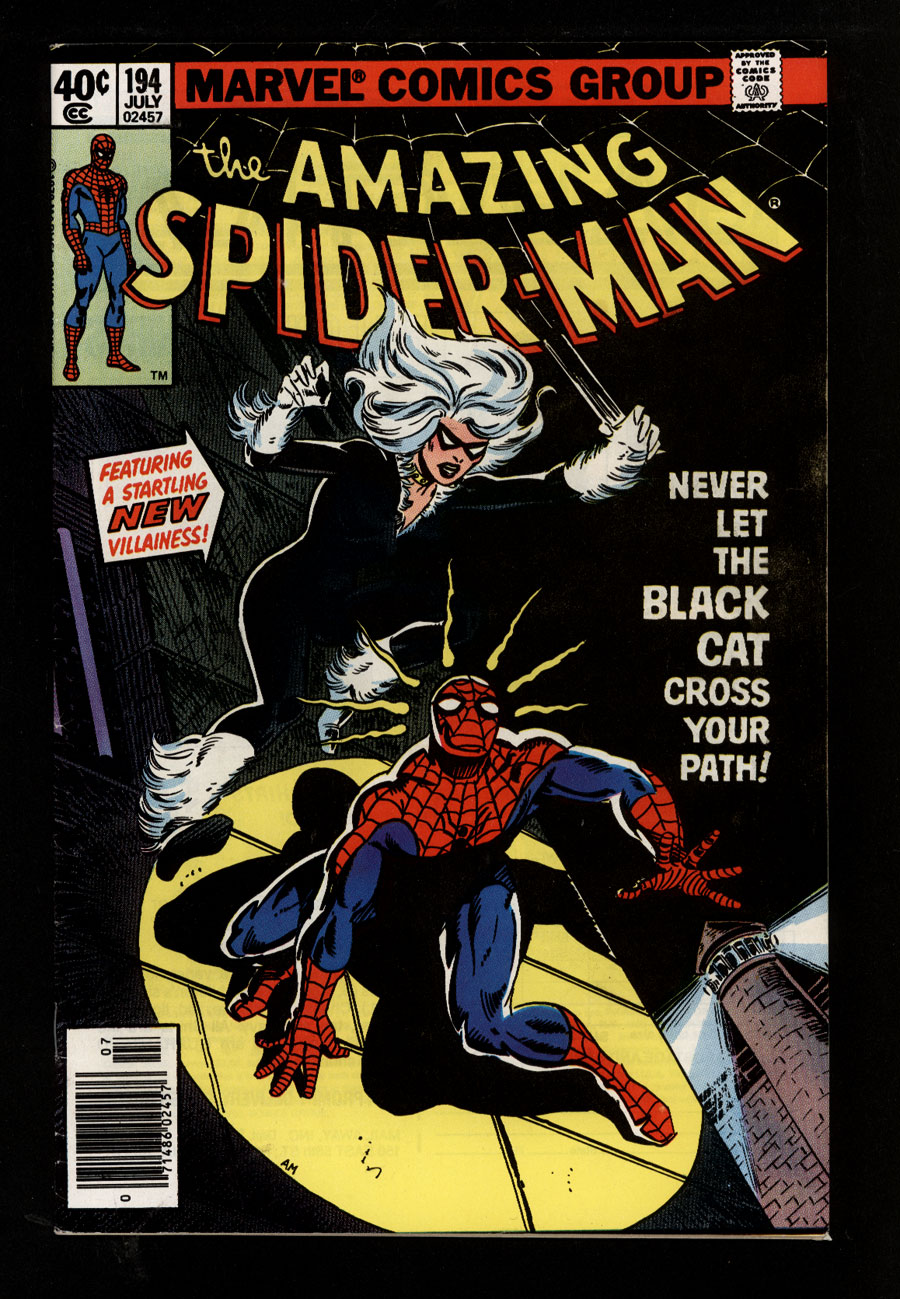 $110.00
Highest Offer
2
Offers
Offer Confirmation
You are about to submit an offer of . If accepted, you are legally obligated to purchase the book. Are you sure you want to continue?
Buy Confirmation
You are about to buy this item for , and will be legally obligated under the terms of our User Agreement to pay for it in a timely fashion. Continue?
PUBLISHER: Marvel
COMMENTS: white pgs
Al Milgrom cvr; 1st app. of the Black Cat (Felicia Hardy)
Read Description ▼
Sell One Of These Inquire About This

Watch
white pgs
Al Milgrom cvr; 1st app. of the Black Cat (Felicia Hardy)First appearance of the Black Cat in "Never Let The Black Cat Cross Your Path!" Part 1 of 2. Script by Wolfman. Art by Pollard (breakdowns) and Giacoia (finishes). Cover by Milgrom. One of the landmark issues of the Amazing Spider-Man series! The dazzling debut of the Black Cat! The wall-crawler has spent the first 193 issues of his title chasing super-villains! But tonight he's going to kiss one instead! Wow! Does the web-slinger stand a chance against the beauty and charm of Felicia Hardy? Not when the alluring cat has his tongue! And maybe later his heart! A terrific issue! Cameo appearances by Aunt May, Betty Brant, Ned Leeds, Harry Osborn, Flash Thompson, Mysterio (in civilian clothes), and the burglar. (Notes: The Black Cat is the creative highlight of the Wolfman-Pollard run on the Amazing Spider-Man title. Cockrum designed the cat's costume. The letters page includes an alternate cover (for issue 194) by Pollard. It also includes an alternate cover to Spider-Woman 9 by Infantino.
Artists Information