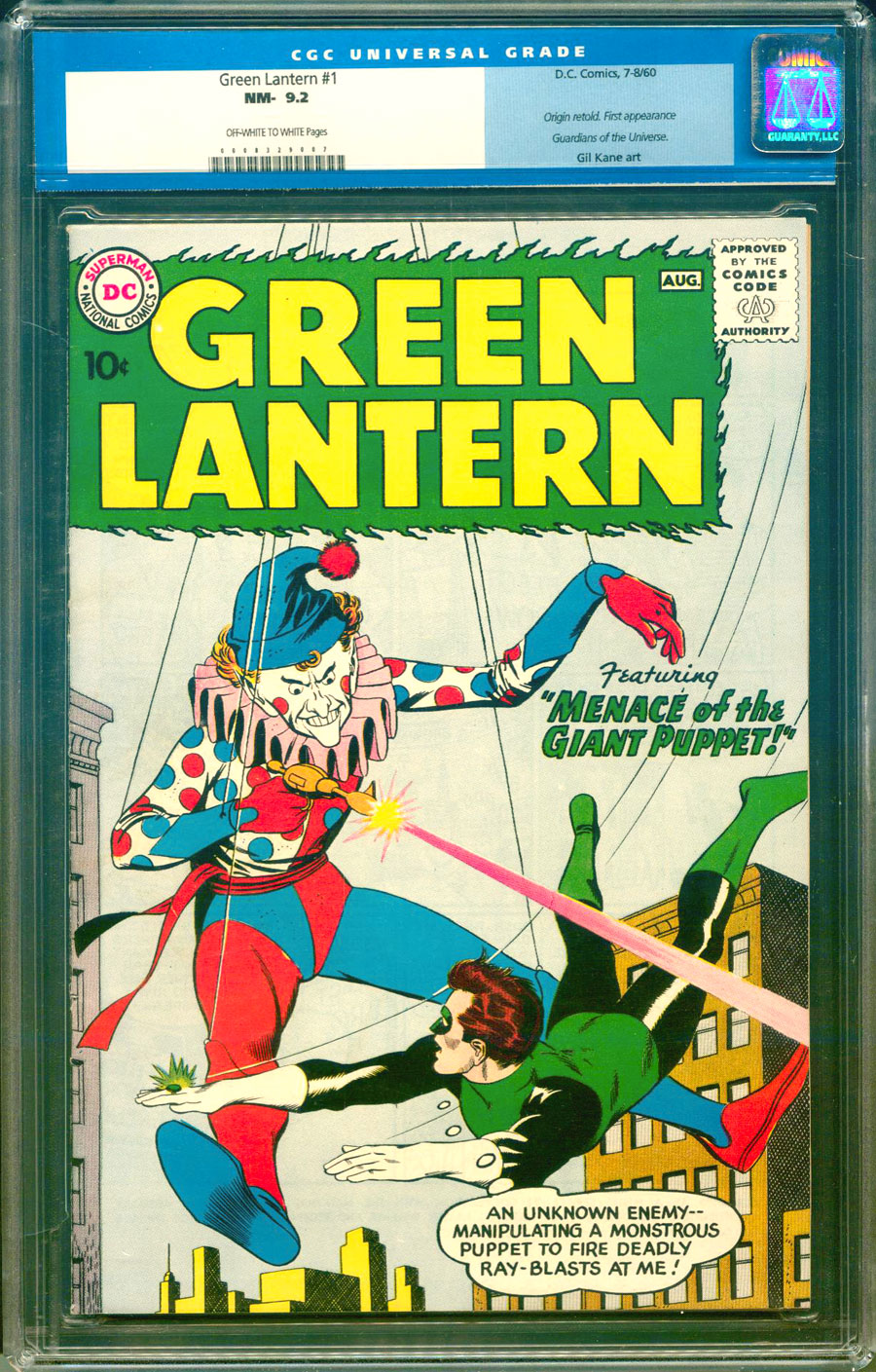 $19,000
Sold For
48
Bids
This auction has ended.
PUBLISHER: DC
COMMENTS: ow/white pgs, only 3 other copies graded higher!
origin retold, 1st app. Guardians of the Universe
Read Description ▼
Sell One Of These Inquire About This

Watch
ow/white pgs, only 3 other copies graded higher!
origin retold, 1st app. Guardians of the UniverseAfter the runaway success of the Flash's reintroduction, DC Publisher Julius Schwartz and his hungry staff of writers and artists hurriedly resuscitated more of their beloved Golden Age favorites. One of the indisputable successes was the reboot of the mystical Green Lantern franchise, featuring a new look by industry favorite Gil Kane. DC was placing all its bets on the Atomic-Age breed of heroes, expecting that they would break the company's long dry spell on the stands. Boomer readers were instantly transfixed by the cleverly boyish cover image. In the Silver Age iteration of Green Lantern, Hal Jordan receives his power ring from dying alien Abin Sur, resulting in an audience with the Guardians of the Universe, who deem him worthy to take the place of their fallen charge. Jordan soon heads off to Calor to battle a volcanic monster, thus launching the revamped version of the Green Lantern on his star-bound service in defense of the cosmos.

A simply stunning copy of an important and revered Silver Age key. This is the whole package folks, pristine whites and lush greens adorn this cover, perfect centering, rock-solid construction, and an overall appearance of being freshly printed makes this a highly desirable copy. With only three books graded higher than 9.2 on the census this is one of the finest copies known to the hobby. Can a reboot be far off? Likely not. Invest now!