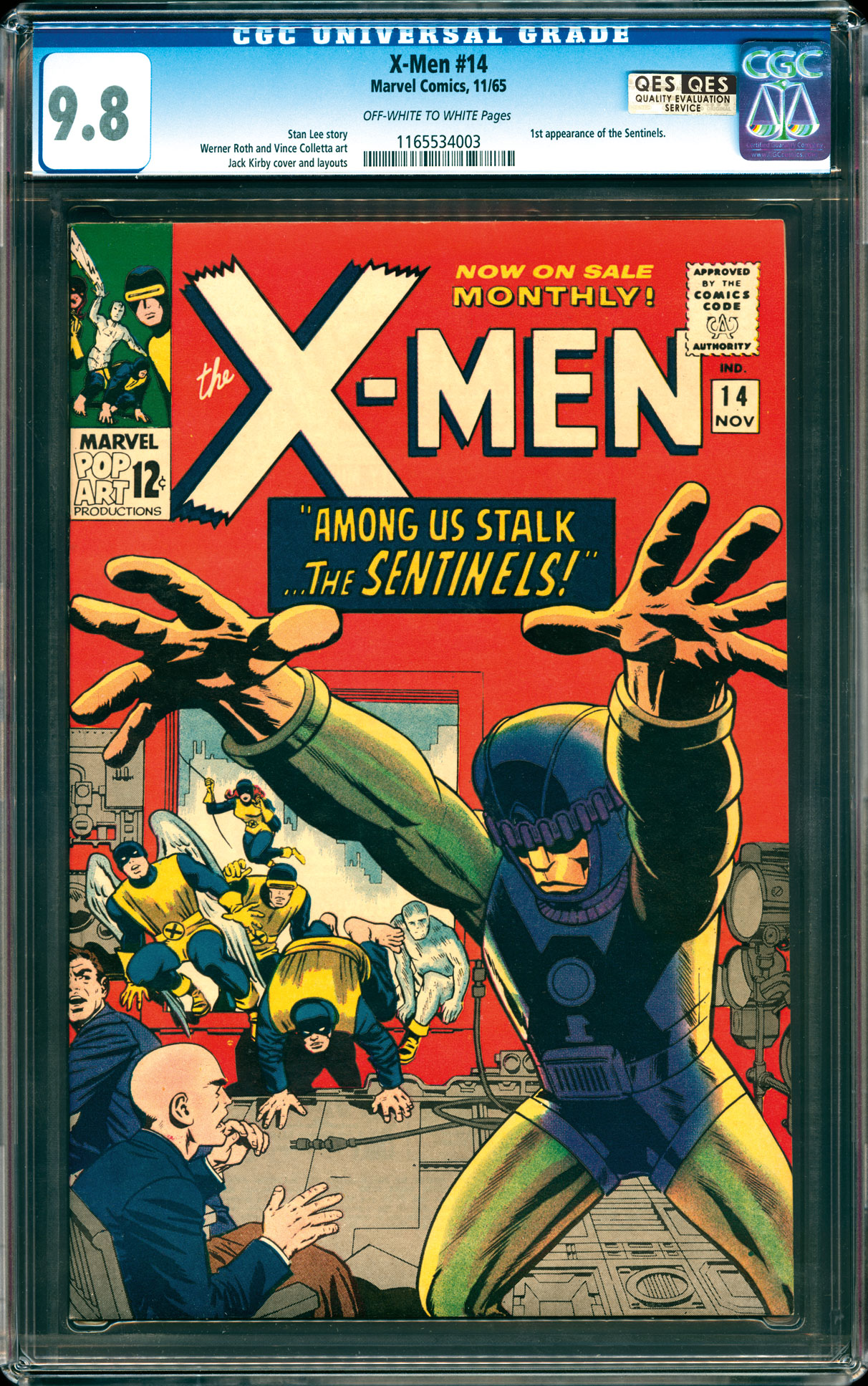 Watch
ow/white pgs; 1 of 1 at the top! QES Certified - Criteria met: Preferred staple placement + Flawless staple area + flawless cover edges + Deep Color Strike (Red)
Kirby cvr/layouts; 1st app. the Sentinels
Key Comics Collection
Highest GradedLaunching one of the main storylines of the X-Men ouvre, issue #14 introduces Bolivar Trask's creations, the Sentinels, into X-Men lore, and the series would never be the same. Persecution due to their mutant status has been a long-running theme in the X-Men, one which was the main hook that helped the title grow in popularity. Many readers who felt themselves to be outsiders or downtrodden could instantly relate to the otherness of mutantkind, thereby creating a sense of empathy with these special superheroes. This issue is a landmark in the series, and one every true X-Men fan should own. Art by Kirby, Jay Gavin, and Vince Colletta.


Still the ONLY copy to ever grade above 9.6, this X-Men #14 from the Key Comics Collection astounds with its immaculate edges and a fully saturated red background that's earned it a QES-certification.