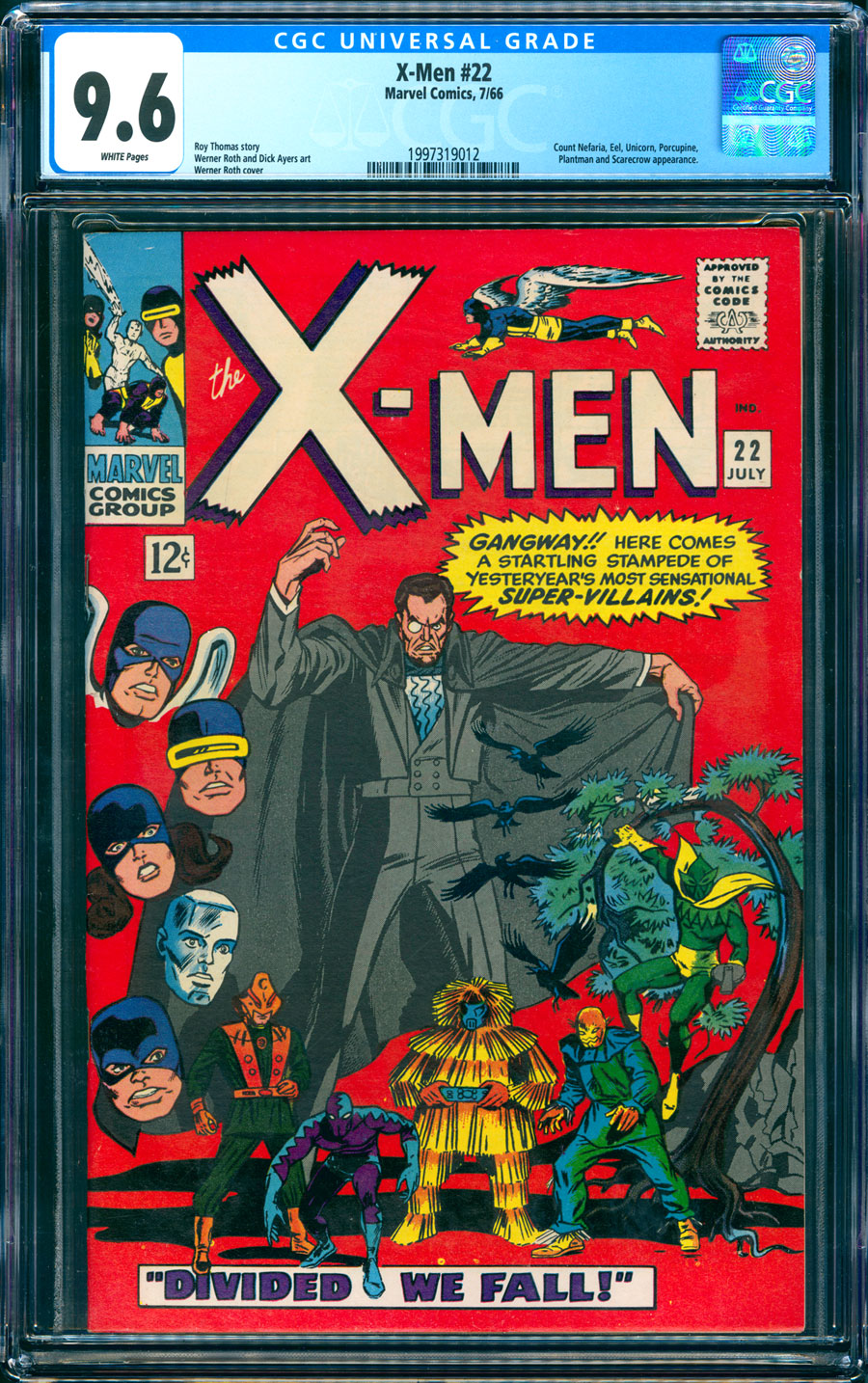 Watch
white pgs
Roth cvr; Count Nefaria, Eel, Unicorn, Porcupine, Plantman, & Scarecrow app.
Key Comics Collection
Highest GradedPart one of this current adventure finds Count Nefaria returning to the USA, and upon reading about the anti-mutant hysteria sweeping the nation, decides to try and enlist the X-Men in his evil machinations. He creates illusions of several X-Men in order to lure their teammates into his clutches, his assemblage of sidekick villains helps hims capture the team. Unicorn, Scarecrow, Eel, Plantman, and Porcupine are all perfectly equipped to counter the X-Men, who, after their capture, refuse to assist Nefaria with his wicked plans. Art by Jay Gavin and Dick Ayers.


Only one other 9.6 with no date is known to exist, but this copy has perfect centering, this highest-graded copy of X-Men #22 from the Key Comics Collection is in pristine condition with a fiery red wash that highlights the dark and mysterious Count Nefaria.
Artists Information