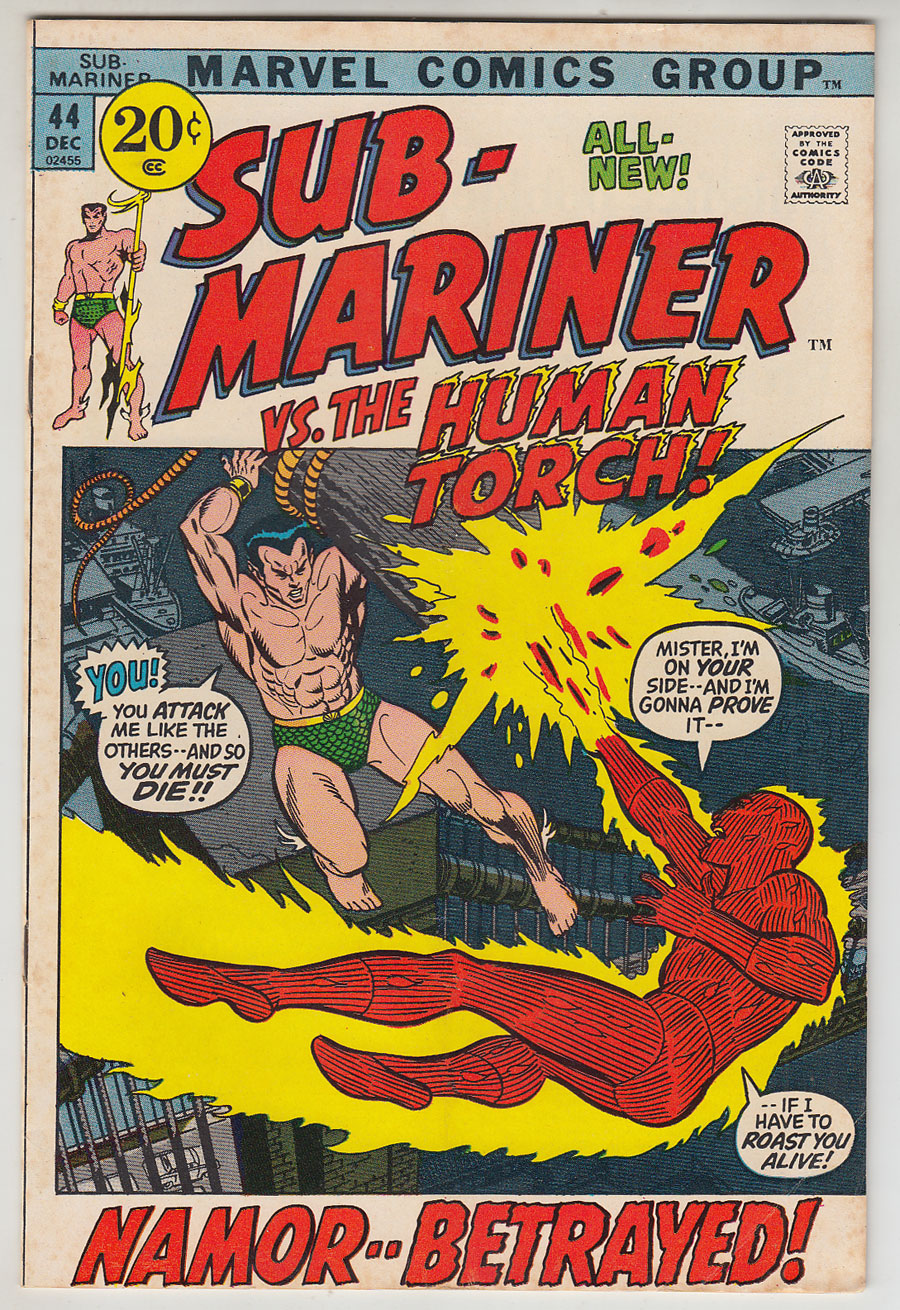 --
Accepting Offers
--
Offers
Offer Confirmation
You are about to submit an offer of . If accepted, you are legally obligated to purchase the book. Are you sure you want to continue?
Buy Confirmation
You are about to buy this item for , and will be legally obligated under the terms of our User Agreement to pay for it in a timely fashion. Continue?
PUBLISHER: Marvel
COMMENTS: glossy! white pgs
Sub-Mariner vs. Human Torch picture frame Marvel cover (late issues of Subbie are sleepers - buy them up now)
Read Description ▼
Sell One Of These Inquire About This

Watch
glossy! white pgs
Sub-Mariner vs. Human Torch picture frame Marvel cover (late issues of Subbie are sleepers - buy them up now)Cover pencils by Gil Kane. "Namor Betrayed," script by Gerry Conway, pencils by Marie Severin, inks by Jim Mooney; The US President issues an executive order calling for Namor to be brought in dead or alive; Namor continues his search for his father, but it isn't long before he's spotted by the police and pursued; Meanwhile, Llyra and Tiger Shark work together and unleash the sea monster Krago; With the help of the Human Torch, Namor drives back Krago.
Artists Information