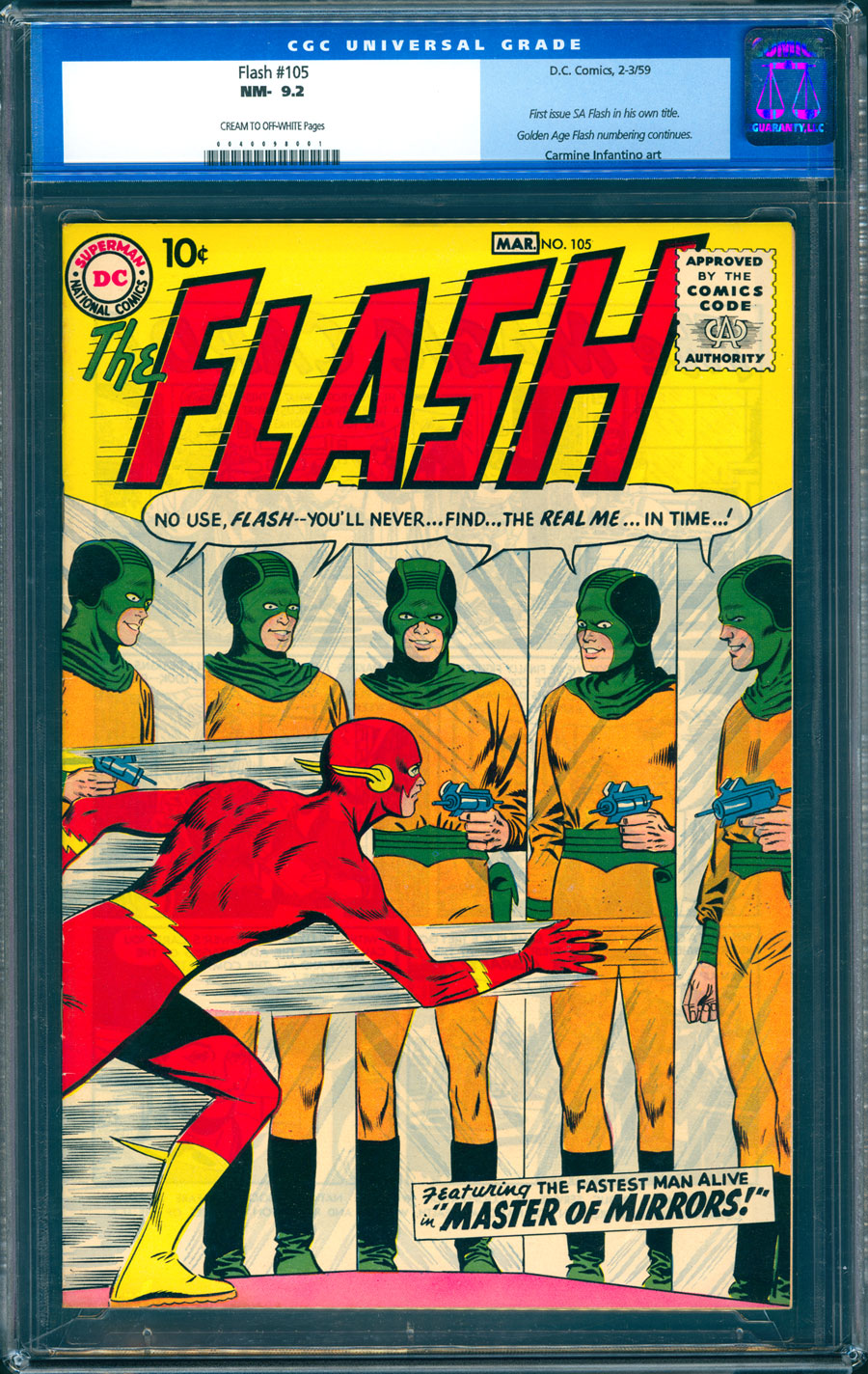 $35,887
Sold For
31
Bids
This auction has ended.
PUBLISHER: DC
COMMENTS: crm/ow pgs; tied for second highest!
Infantino cover/art; 1st Silver Age Flash in his own title; origin and 1st app. Mirror Master (2-3/59)
Read Description ▼
Sell One Of These Inquire About This

Watch
crm/ow pgs; tied for second highest!
Infantino cover/art; 1st Silver Age Flash in his own title; origin and 1st app. Mirror Master (2-3/59)Having proved the viability of reviving Golden Age heroes with several top-selling Showcase appearances, DC editor Julius Schwartz, alongside the creative team of Carmine Infantino and John Broome, dusted off the original Flash Comics title and streamlined it for the Atomic Age. It's amazing to ponder, in comparison with the modern-day penchant for rebooting titles, that this re-introduction was a truly risky venture in the painfully crunched Silver Age comic market. It's unsurprising that DC carefully attached this shiny new Flash to the history of the original to reassure buyers and newsstand owners alike that this was a proven property. It turns out they need not have worried, as this issue cemented the hero resurgence and a flood of new cape books soon washed over the market.

Having heralded an essential comic-book renaissance, this book has a special place in the hearts of avid students of comic history and you really couldn't ask for a more impressive specimen. With positively striking reds and yellows that aggressively draw the eye, the intense heat of this cover truly pops, this copy is quite remarkable. One of the second-highest graded known to man, this book is as bright and shiny as the wondrous rewards that awaited comic readers inside this pivotal issue.