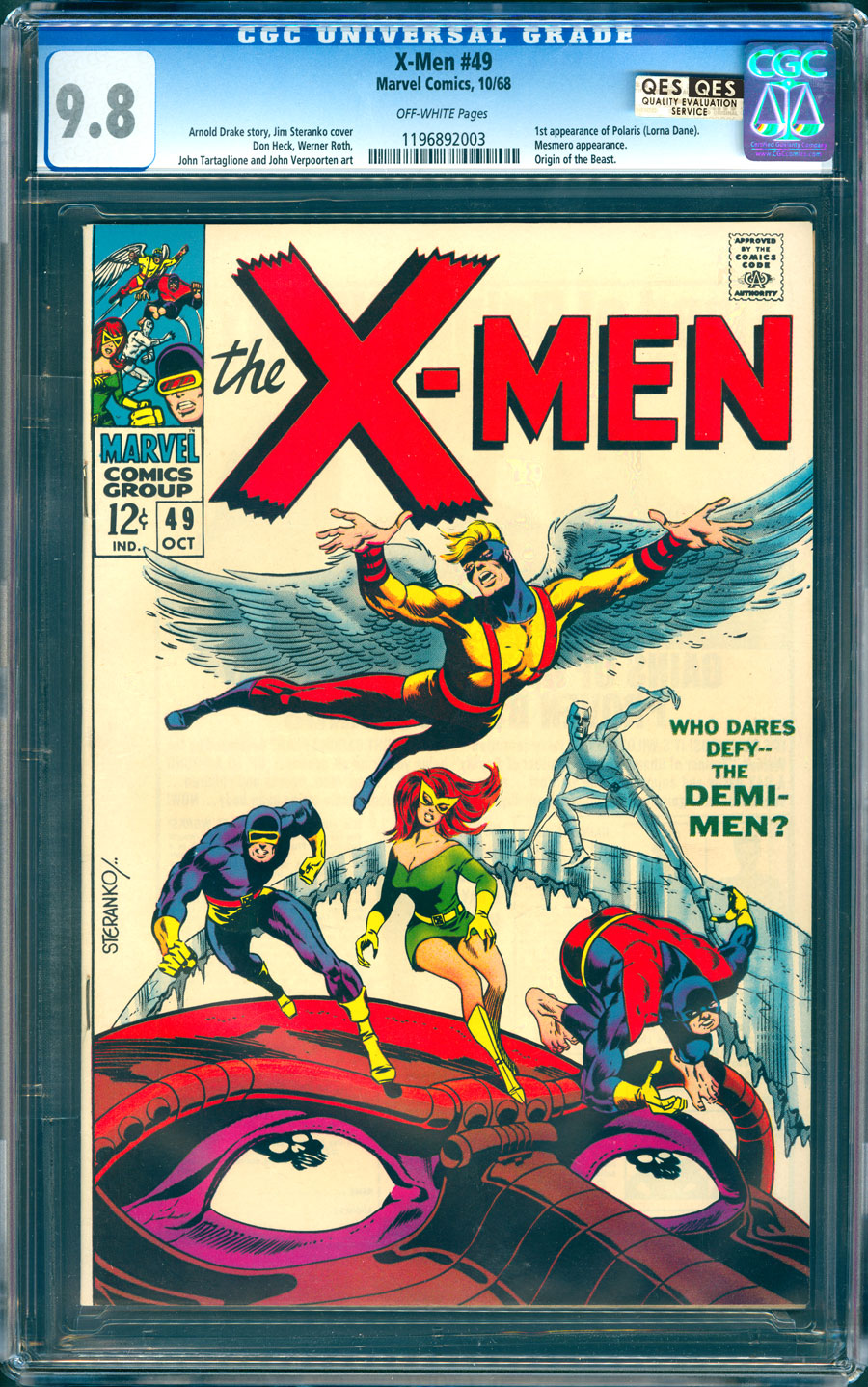 Watch
off white pgs; QES Certified - Criteria met: Preferred staple placement + Flawless staple area + flawless cover edges + Deep Color Strike (White)
classic Steranko cover; 1st app. of Polaris and Mesmero, origin of the Beast
Key Comics Collection
Highest GradedAdorned with a classic Jim Steranko cover, issue #49 of the X-Men deals with the subject of the growing population of mutants around the world and their struggle to exist in a society controlled by humans. After the FBI shuts down the X-Men, Angel returns to the X-mansion to take one last look around, this is when Cerebro warns him of a spike in mutant activity. The X-Men decide to investigate, and discover the plot by an agent of Magneto's named Mesmero, to turn mutants againt humans and take over the world. On their mission they run into a hypnotized woman named Lorna Dane who they take under their wing, it turns out this mystery woman is not only a mutant, but an object of worship to evil mutants in her presence. The follow up story "A Beast is Born" sheds some light on Hank McCoy's humble beginnings.


This 9.8 X-Men #49 is one of the highest-graded copies and is QES-certified for its perfect red tones, stark whites, and impeccable edges that highlight this classic Steranko cover.