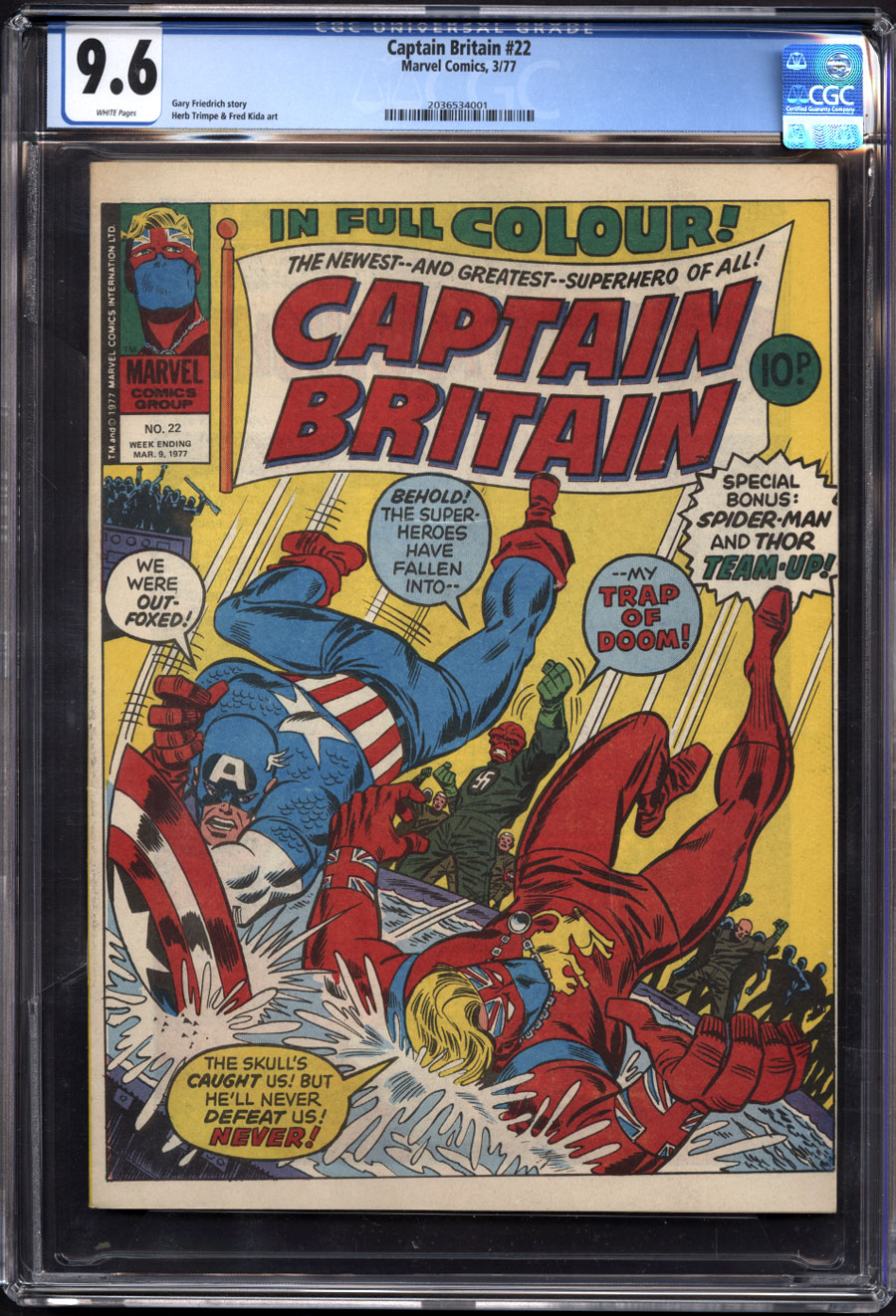 --
Accepting Offers
--
Offers
Offer Confirmation
You are about to submit an offer of . If accepted, you are legally obligated to purchase the book. Are you sure you want to continue?
Buy Confirmation
You are about to buy this item for , and will be legally obligated under the terms of our User Agreement to pay for it in a timely fashion. Continue?
PUBLISHER: Marvel
COMMENTS: white pgs
Captain America cover
Read Description ▼
Sell One Of These Inquire About This

Fred Kida was a Japanese-American comic book and comic strip artist best known for the 1940s aviator hero Airboy and his antagonist and sometime ally Valkyrie during the period fans and historians call the Golden Age of Comic Books. He went on to draw for Marvel Comics' 1950s iteration, Atlas Comics, in a variety of genres and styles, and then again for Marvel superhero titles in the 1970s. He drew the company's The Amazing Spider-Man newspaper comic strip during the early to mid-1980s. Kida also assisted artist Dan Barry on the long-running strip Flash Gordon from 1958 to 1961 and then again from 1968 to 1971.